Home » TV & Movies » Have you spotted the new trend in movie villains? They're YOU

There are trends in movie villainy. The “school bully” (either literal or their grown-up metaphors) comes and goes; Nazis and Commies had their day; American fears of cultural inferiority led to a rash of upper-class Brits sneering down at Hollywood heroes; and, of course, there’s the classic racist-stereotype villain.

In the past decade, though, a new kind of villain has started to appear – one that’s easily recognisable to a certain type of movie obsessive, because they see them every time they look in the mirror. And it all started back in 2004, with Syndrome in the original Incredibles movie, a baddie who now seems almost impossibly prescient.

Syndrome – aka Buddy Pine – grew up as a Mr Incredible fanboy. Incredible wasn’t just Pine’s hero, he was his entire life. He felt that his devotion entitled him to a place at Mr Incredible’s side, but Incredible rejected his ideas and – politely, then eventually more forcefully – cast him aside.

Rather than moving on, Syndrome targeted Mr Incredible, using technology to try to take him down. As it turned out, negative attention was better than no attention at all.

“Now you respect me, because I’m a threat. That’s the way it works.”

Is that a Syndrome quote, or a tweet from a Star Wars fan to Rian Johnson?

They aren’t the only fans to turn against their favourite property. Ghostbusters geeks hated on Paul Feig’s women-led reboot of their favourite franchise long before it was released. They hadn’t seen the film, so they had no idea that the main antagonist was, well, a Ghostbusters fan. 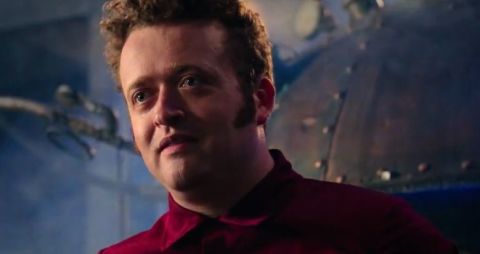 “Rowan is almost like a homegrown terrorist,” Feig said. “This loner terrorist but instead of using a bomb or something terrible, he’s figured out he’s going to bring back his own army of the undead by energising them with this nuclear science that he’s playing with that’s similar with the Ghostbusters because he’s read their book.”

Rowan North spent his life being bullied, turning against humanity in the most aggressive way possible. And what form did he take to do it? The Ghostbusters logo, a decision that was influenced by Feig’s desire to integrate elements of ’80s cartoon The Real Ghostbusters, presumably as a bit of fan service, but which came to symbolise something else. 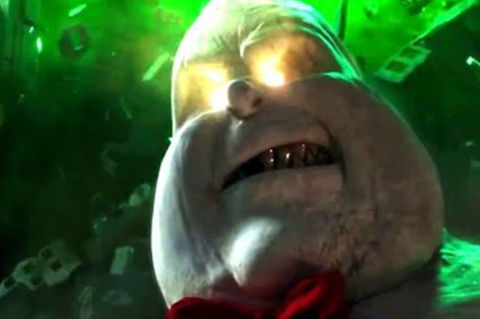 The sight of an entitled fanboy stomping over everything that displeases him, using the original Ghostbusters logo as a weapon, feels so on-the-nose in terms of the reaction to the film (think all the anti-reboot YouTube videos with the Ghostbusters logo as the thumbnail) – both before and after its release – Feig seems like some kind of soothsayer for including it.

And then, of course, there is the king of all the fanboy villains, the troubled youth who is such a Darth Vader geek when we first meet him, he spends the majority of his existence cosplaying as a knock-off version (complete with voice-distorting mask, black cloak and red lightsaber). 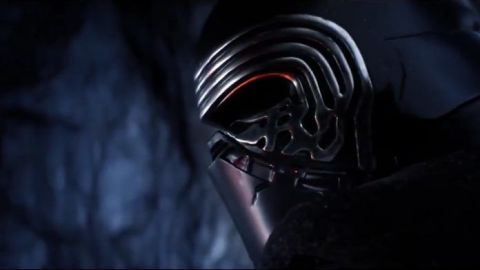 Yep, Kylo Ren was so targeted at a section of the fanbase in The Force Awakens, we’re surprised the Star Wars boycott didn’t start the moment the credits rolled at the premiere. JJ managed to slip in a tantrum-throwing original trilogy obsessive who was so subservient to the memories of the past, he literally killed Han Solo. How were there not riots?

This marginalised group seemed so happy about finally being represented on screen they didn’t kick off until The Last Jedi, which repositioned Kylo as a character who was prepared to forget the past and move on with his life.

Not only did he destroy his iconic mask (fans didn’t like that) he killed Snoke (or that) and told Rey that she was a nobody as opposed to a Skywalker or a Kenobi (guess what?), after coolly telling her to let the past go. The result? An unprecedented temper tantrum that’s still raging today, almost nine months after the release of the movie (coincidentally, the same gestation period as a big baby).

With channels of communication more open than ever between fans and creatives, expect the complainers to inspire even-more blockbuster bad-guys in the future. But, until then, maybe we should look to Incredibles 2 for guidance – after all, Brad Bird was so ahead of the curve last time around.

In Incredibles 2, the villain uses technology – TVs mainly, because social media, or even smartphones, don’t exist in The Incredibles‘ 1960s setting – to send a very specific message.

Screenslaver’s mission is to make people realise they don’t need superheroes – in fact, that their lives would be much better if they didn’t obsess over pop-culture creations. The character is basically commenting on the technology that rules our lives, and the superheroes that distract us from reality.

That’s a pretty subversive message to put at the heart of your superhero sequel – coming soon to iTunes! – and it’s one that, perhaps, indicates where the future of fandom is heading.

Maybe, just maybe, they’ll stop being Syndromes and start being Screenslavers, putting down their phones, stepping away from their laptops, and, instead of ragefully going online to complain about Star Wars Episode XXIII, going outside to enjoy the sunshine.

We can but hope. Because the alternative will leave them like Rey – staring into infinite mirrors, with only a blurry vision of what they really want, forever out of reach, to comfort them.