Home » TV & Movies » Stacey Solomon slams magazine for 'bullying' her after cruelly being branded 'boring, desperate and cheap' as fans and celebs rush to support her 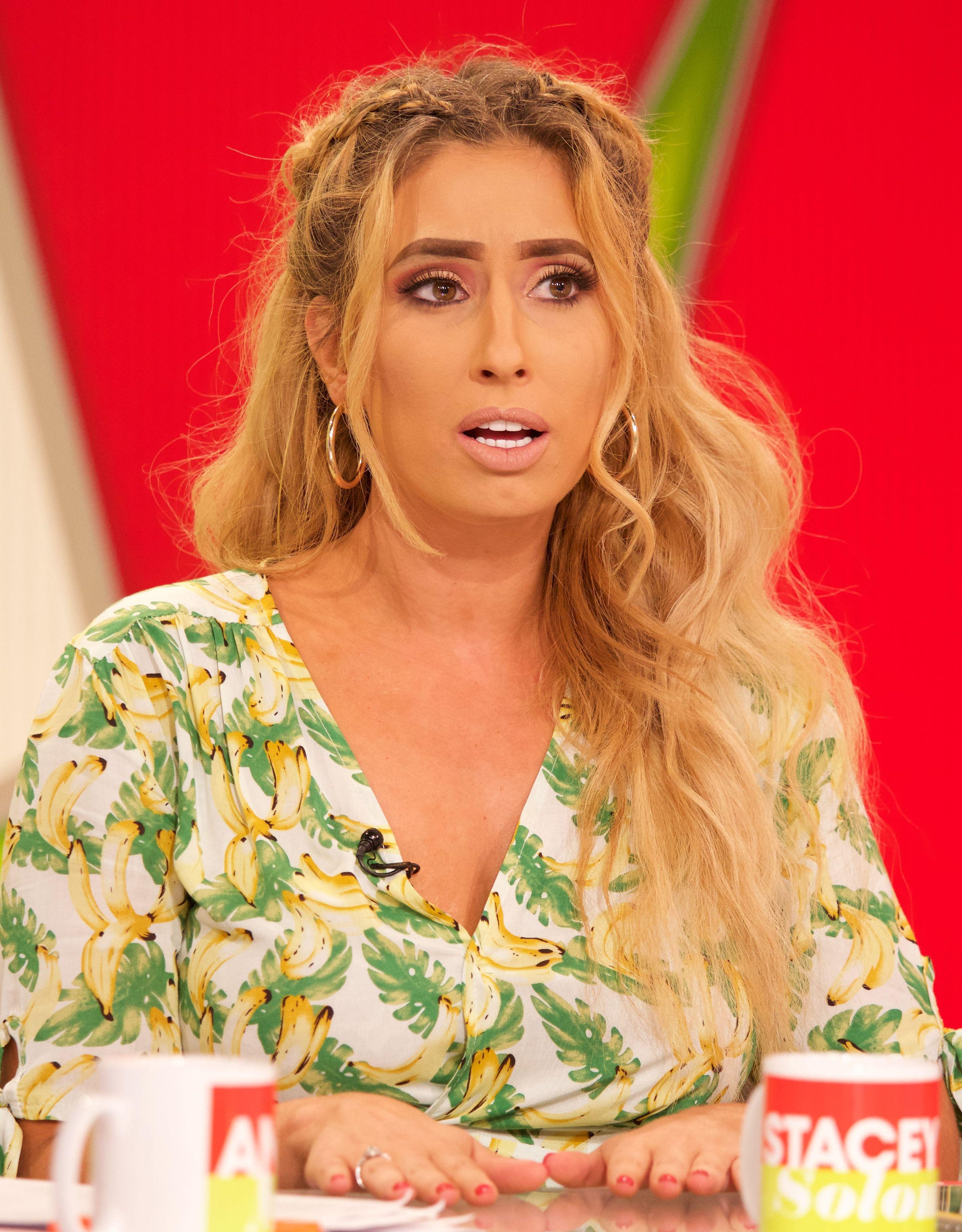 She then added: "Why the silence @celebsnow u created an entire cover based on the opinions of maybe 3 people & now there are almost a thousand people holding Now accountable as to why u feel u need to constantly tear people down in a bullying manor & it’s as u haven’t seen ur 900+ notifications."

The 28-year-old – who is a columnist for The Sun's Fabulous Magazine and has regularly spoken admirably about embracing her flaws after giving birth to her two sons – was inundated with messages of support from fans and her celebrity pals, including Vicky Pattison and former Pussycat Doll Ashley Roberts.

Inside the magazine, the article took aim at topics Stacey had written about in her column, including her decision to embrace her pubic hair.

They included nasty comments from fans, although didn't indicate where their gripes came from. 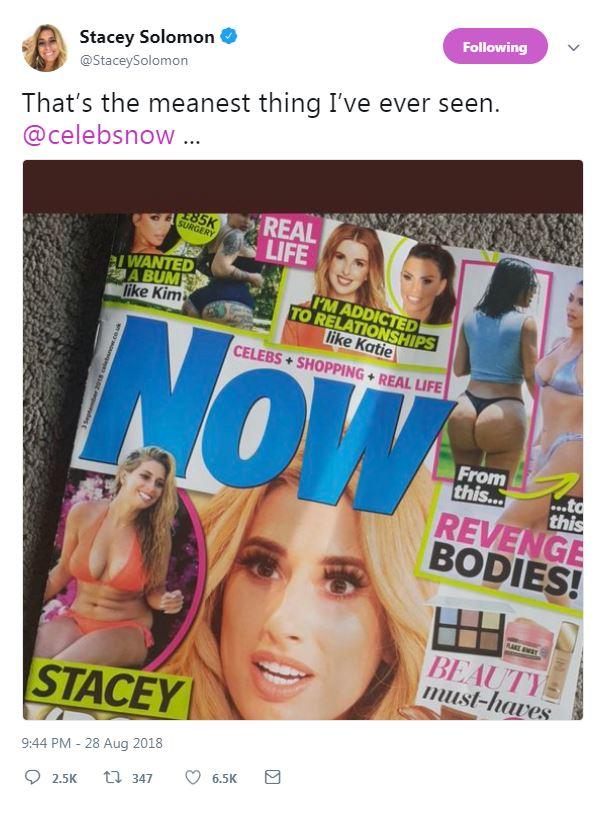 In addition to this, Now! Magazine also commented on Stacey's decision to take her eldest son Zachary, 10, to a police station when he was misbehaving.

And they called out Stacey's inspirational pictures online, including her most recent snap of herself in a bikini where she embraced her "extra tummy lines".

In response to the publication, Stacey wrote shared a shot of a message she had typed out for her fans alongside the caption: "Final thoughts… and for everyone on here, you are so inspirational and will be the reason people will begin to feel that they can be themselves. So thank you."

In the message, the mother-of-two wrote: "The saddest part, of this publication is that, inside of this magazine it goes from telling girls to get a revenge body (because it's must be their body that caused any upset in their lives & changing that is the only way to fix it) to Stacey's celebrating her natural body & we're bored of it. 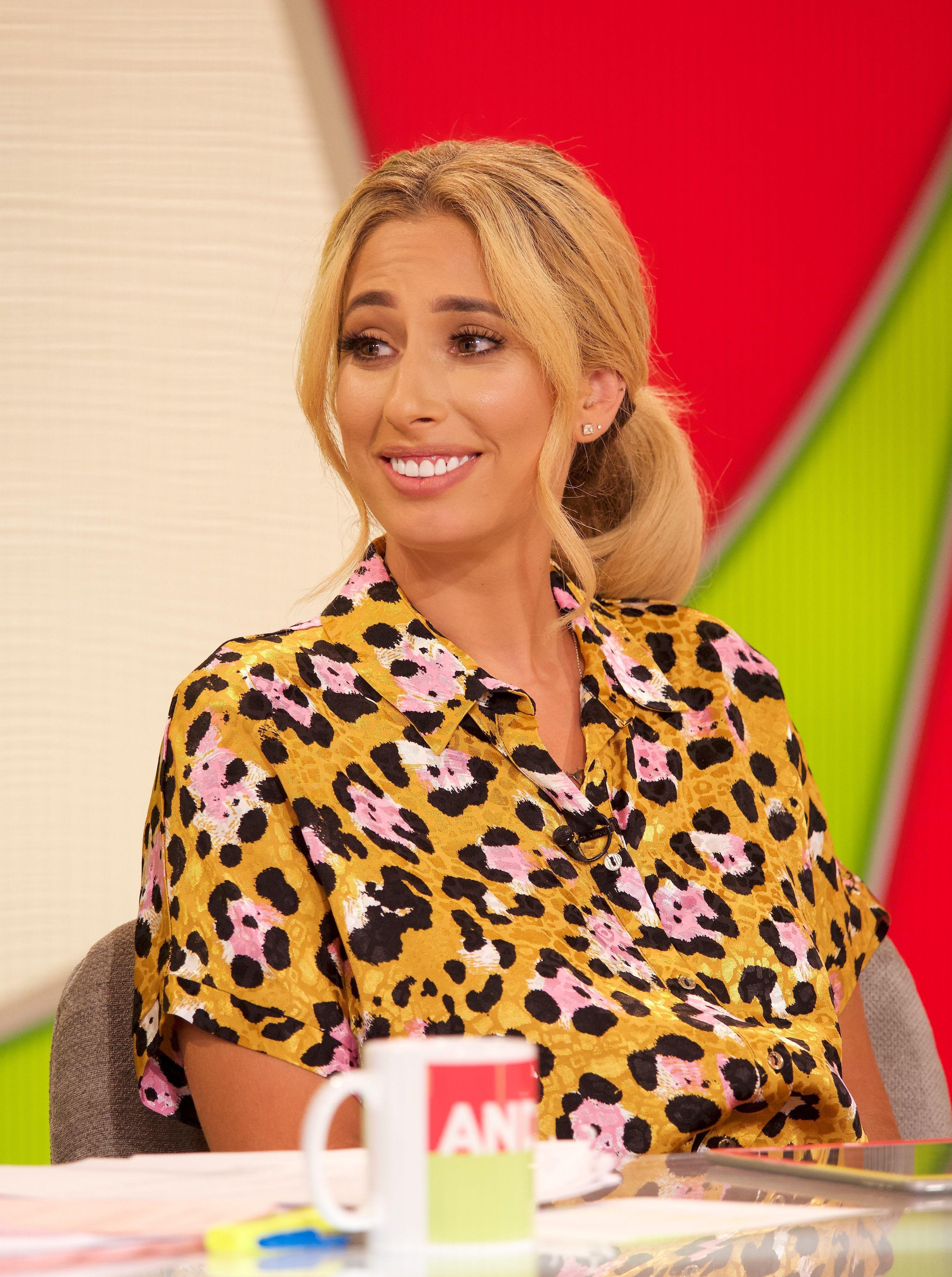 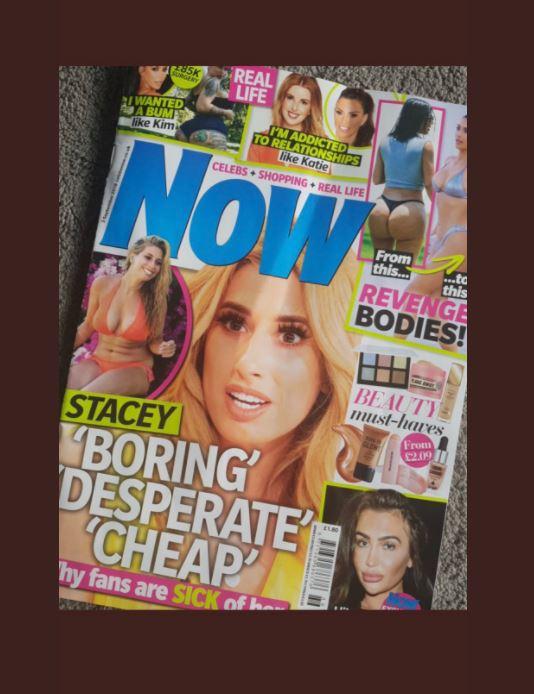 "Enter the statistic out today – 1/4 of 14 year olds are self harming because they don't feel good enough.

"The best thing to come out of this…is that thousands of people disagree with this awful, bullying, insecure pushing, journalism and won't stand for it.

"The best thing to come out of social media is learning that most people are inherently kind, want to build people up and work together in creating a kinder, safer environment for everyone around them.

"Kind people and your support never ceases to amaze me, it's because of you that eventually people won't feel so insecure and low about themselves. So thank you." 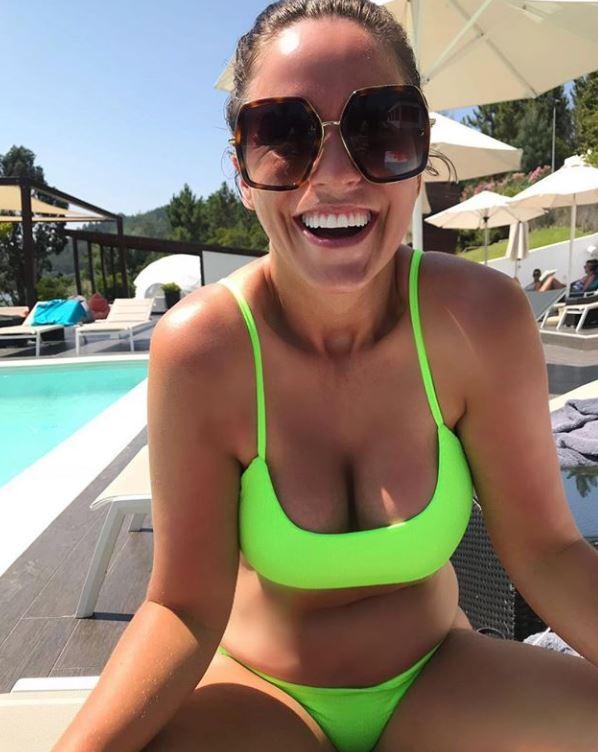 Following Stacey's comments, her close pal Vicky, 30, encouraged her fans to embrace their natural bodies by posing in a lime green bikini while away on holiday.

Vicky beamed as she posed in the vibrant two-piece and sunglasses, while relaxing on a sun lounger.

With her pal Stacey sharing a similar snap last week, Vicky praised her "inspiring friend" in the caption, and encouraged her followers to be more confident.

She wrote: "Inspired by my girl @staceysolomon and her honesty and openness, here’s a picture of me being goofy happy round the pool and that’s a roll… yip, I get them when I sit down…"

After seeing Now! Magazine's cover, Vicky was quick to stand up for her pal on Instagram, writing: "She’s funny, warm, witty, brave, relatable and strong and a really good friend and mother. 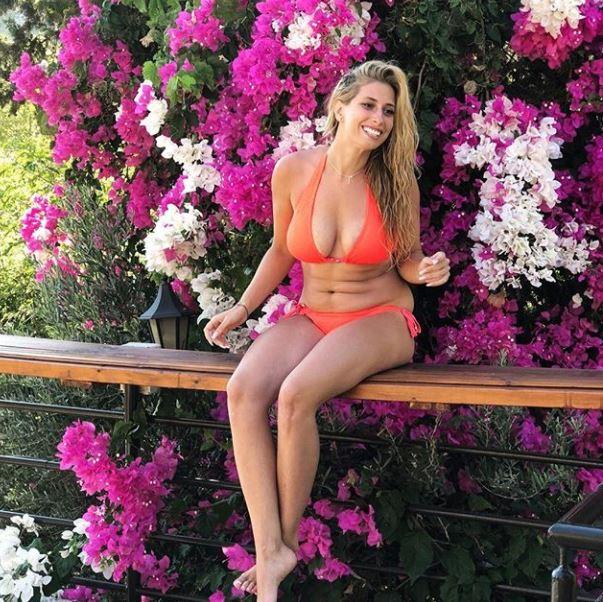 "Which is why we all fell in love with her."

Stacey, who is known to be firmly against airbrushing, was highly praised by fans for baring her own natural stomach on social media last week. 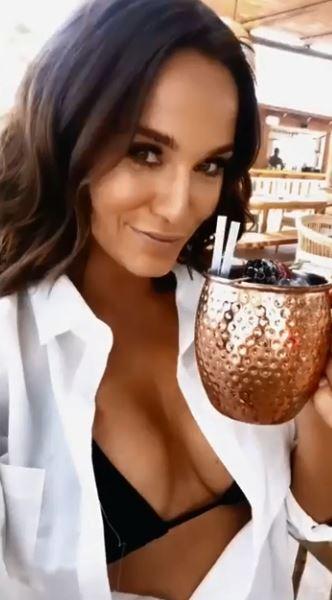 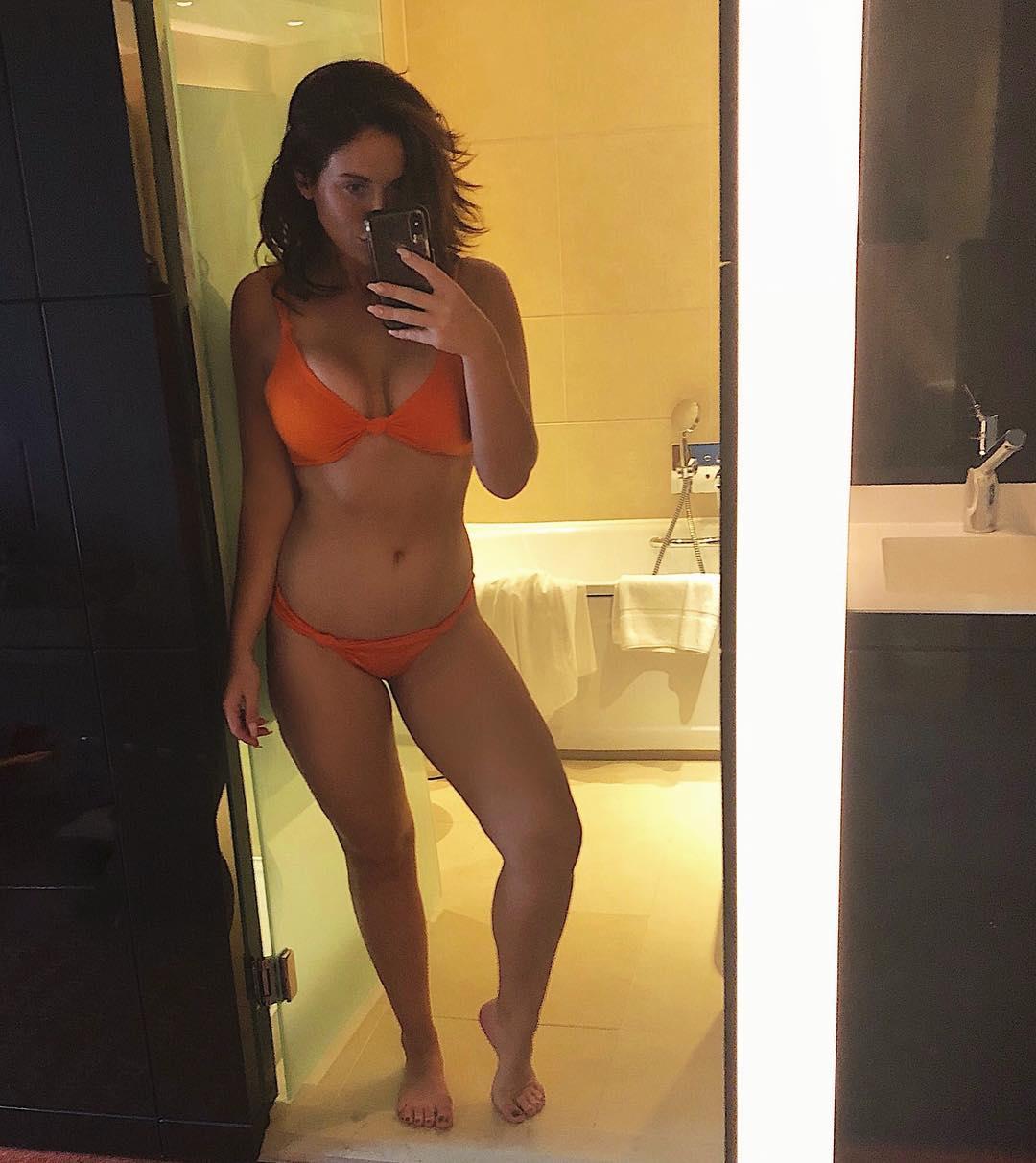 Stacey stunned in a bright orange bikini, as she snapped a quick selfie during a family holiday with her two kids.

Reflecting on her figure, she wrote to her followers: “No filter needed. Loving my extra fold over tummy lines this year, they look like a six pack wahoo! Winning!”

Fans immediately praised her as "a role model" and a "real woman" for embracing her curves.