That's without mentioning Bruce Willis and Brad Pitt going bonkers in Twelve Monkeys and retro gore-a-thon City Of The Living Dead. Read on… 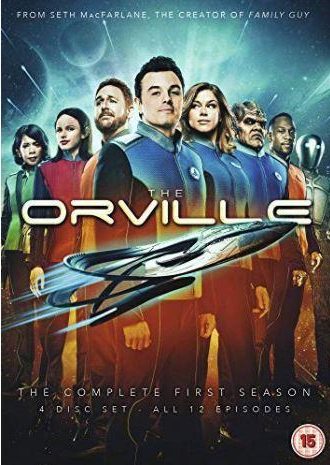 Seth McFarlane takes the helm as Captain Ed Mercer, sent into deep space with his unfaithful ex-wife as his second-in-command in this offbeat Star Trek homage.

And just like the franchise it draws heavily from, there's a know-all robot, a couple of tough ridge-headed aliens and a wise doctor on board with her children.

If you're expecting a laugh-a-minute sci-fi spoof from the Family Guy creator, though, look elsewhere: this is for the most part an earnest take.

It's tonally very difficult to get a handle of. There are one or two really funny moments further into the 12 episodes. And every now and then it breaks into locker room comedy or frat boy shenanigans.

But largely the giggle phasers are set way below Stun, and these episodes could have come straight from Star Trek: The Next Generation, which also had its fair share of gentle humour.

The Orville (the name of the spaceship as well as the series) looks great, with vibrant colours and decent special effects, the performances are engaging and once you get over the first couple of episodes of not being entirely sure whether it's a comedy or not, there's a lot of fun here.

But if you're a Trekkie in need of a fix, this will do the job just fine. 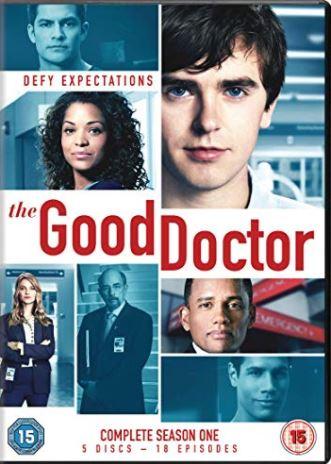 Freddie Highmore (Finding Neverland, Charlie And The Chocolate Factory) stars in this medical drama as Shaun Murphy, a brain surgeon whose autism gives him an unusual insight into his patients' problems.

Set in a San Jose hospital, the quirky cases and moral dilemmas are compelling, as Murphy's team has to navigate legal and political hurdles from their superiors while treating patients.

Highmore, who also has a producer's credit on the 18-episode series, is excellent in a challenging role.

He may be just a good doctor, but this is very good drama.

A Prayer Before Dawn 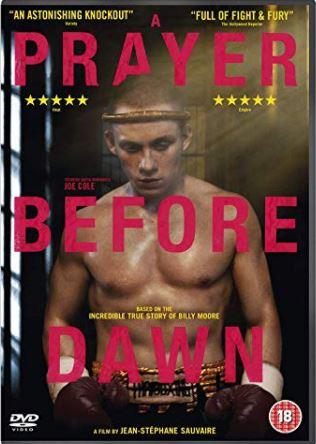 Peaky Blinders star Joe Cole shines in this visceral but ephemeral boxing drama. Cole plays Billy Moore, whose memoir is the basis for the film.

We’re dropped into his story without exposition: Moore is an English expat boxer whose drug addiction lands him in a brutal Thai jail, which is an unsurprisingly appalling place to be.

His pale, untarnished body in stark contrast to the mass of tattooed men around him, he seeks to keep his head above water by joining the prison’s kickboxing team.

There’s little dialogue and much of Moore’s fellow inmates’ conversations are in un-subtitled Thai.

We’re often as confused as he is, which is by turns engaging and frustrating, as it’s hard to track the exact nature of Moore’s relationship with the guards and prisoners at times. It also takes almost half the film before Moore discovers the boxing team, which isn’t really explained either: a scene just shows him walking up to the gym door, bribing the coach with cigarettes, and getting down to business.

When it comes to the ring, however, director Jean-Stéphane Sauvaire employs sustained takes from handheld cameras that visibly communicate every punch and kick. It rarely looks as though Cole and his sparring partners are acting, which goes for the rest of the film.

Sauvaire wraps what is ultimately a cliché story of redemption through fighting in a layer of realism that keeps it brutally captivating, if narratively sparse.

Yuri!!! On Ice – The Complete Series 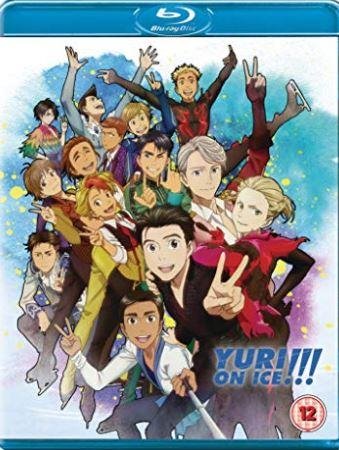 This anime series follows Yuuri Katsuki, a professional figure skater who, after a series of crushing defeats, is considering retiring from the professional circuit at the grand old age of 23.

An intensely anxious young man, and an unreliable narrator to his own story, Yuuri’s has to overcome his own mental hurdles to reach his full potential as an athlete, with help from a motley crew of friends and a larger-than-life mentor.

A major theme is Yuuri’s professional rivalry with his Russian near-namesake Yuri, an explosive wunderkind of a skater in the process of making the transition from the junior age division to the seniors.

Yuri!!!… avoids most of the typical pitfalls that plague the sports anime genre by giving us genuinely engaging characters to root for and ambitious choreography that will have figure skating geeks and novices alike entranced.

Yuri!!! On Ice was a runaway success when it first aired almost two years ago, and subsequently swept the board at Crunchyroll’s inaugural Anime Awards.

You might recognise some big names from the PyeongChang Winter Olympics (Adam Rippon and Evgenia Medvedeva to name a couple) that count themselves as fans of the show.

By turns silly and heartfelt, and an impressively accurate representation of living with anxiety, the 12 episodes of this DVD and Blu-ray combo pack skate by far too quickly. 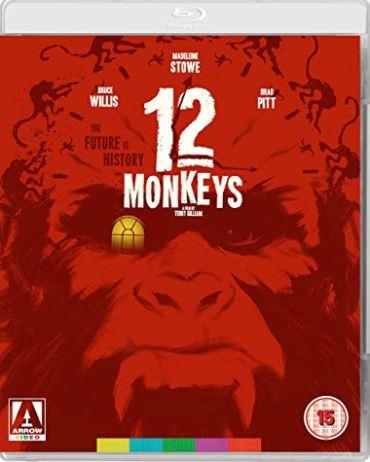 Willis stars as James Cole, sent back in time from 2035 to the 1990s to glean information about the unleashing of a biological weapon that has all but destroyed civilisation.

He crosses paths with a mental asylum patient (Pitt in a twitchy, high-energy performance that won him an Oscar-nomination) and a scientist who seems oddly drawn to him (Madeleine Stowe).

The mind-bending plot means that, like most Terry Gilliam films, this is by no means an easy watch, but it is memorable.

Look out for a line in there that seems to echo Willis's later hit The Sixth Sense – yet Twelve Monkeys was released in 1995, four years earlier. Spooky in a film about time travel…

Even better than the film itself, perhaps, is the accompanying warts-and-all feature-length documentary about the making of the film, called The Hamster Factor And Other Tales Of Twelve Monkeys.

It's an unvarnished portrait of Gilliam – at the time somewhat blacklisted in Hollywood – and his struggles with studios, budgets and focus groups to deliver the movie in his mind. You won't find many more revealing insights into the movie production process.

Combined with an entertaining on-stage interview with Gilliam at a retrospective screening of his work, it's an extra that nudges an imperfect movie into a worthwhile overall package.

City Of The Living Dead 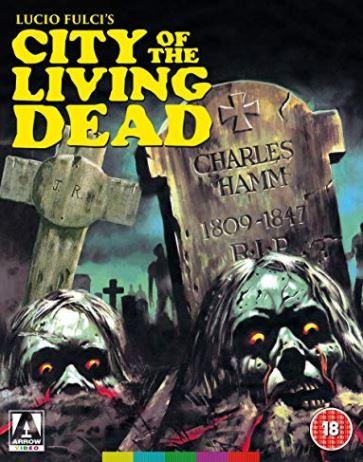 If one of the most important items on your checklist of a good movie is blood and guts by the bucketload, you'll go nuts for this, allegedly the goriest zombie movie ever made!

The plot of this 1980 horror, now re-released on limited edition Blu-ray, is threadbare and close to collapse.

In essence, the suicide of a priest in a New England town hails the rise of a zombie apocalypse, which the heroes must stop before All Hallow’s Eve unless they want to see the titular city of the living dead rise up.

The plot problem is exacerbated by the poor acting of the cast. The characters are bland and one-dimensional and the only defining feature which sets them apart from the zombies is their ability to speak in cogent sentences.

Its ending also makes absolutely no sense whatsoever, due (supposedly) to coffee getting spilled on the negatives.

Most of the viewer's time is spent merely waiting for the two showcase gory bloodbath sequences.

What may be more enticing for die-hard horror fanatics is the vast array of extras that are on offer, including several interviews with various members of the cast and crew and behind-the-scenes footage shot on 8mm film.