JJ Abrams began a new chapter in the Star Wars story with 2015’s The Force Awakens. This new sequel trilogy will end in 2019 with Abrams’s Episode 9.

Episode 8: The Last Jedi is out now, but there are still plenty of mysteries surrounding the 2019 follow-up to Rian Johnson’s revolutionary movie.

Episode 9 was previously scheduled for May 24, 2019 in the US, but has now been bumped back to Star Wars‘ traditional Christmas release window.

Episode 9 will now premiere on December 20, 2019, giving new director JJ Abrams more time to work on the final instalment in this new trilogy. In the UK the movie is set to open the day before – Thursday December 19 2019.

It’s worth remembering that Disney’s new Star Wars films have been subject to some serious rescheduling already. The Force Awakens slipped from a summer 2015 release to December, and The Last Jedi was originally announced for May 2017 before also settling on a winter premiere. So the delay for Episode 9 hardly comes as a surprise.

Filming was initially set to begin in January 2018 but it’s currently planned for July 2018.

Hamill was previously being cagey about his potential role in the movie (naturally) but the official casting announcement meant he could stop trolling fans with the state of his beard.

Having originally been touted as a potential new cast member for Star Wars Episode 9, The Americans star Keri Russell has now finally been added to the cast (even though she was left off the official casting list). Russell previously worked with Abrams on Mission: Impossible III in 2006, so the director knows she can handle the high-intensity action sequences. 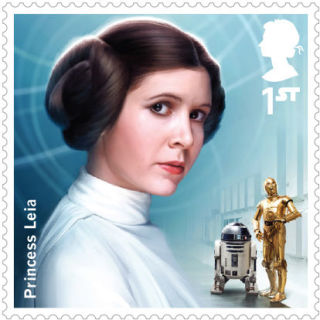 It has since been confirmed to be true by the official casting announcement and will apparently use never-before-seen footage of Carrie Fisher as Leia.

“They have arranged it in the script and what was shot to bring her into the story in a way as if they filmed it yesterday,” Todd Fisher said. “Isn’t that magical, that the things that she shot a few years ago are frozen in time, so to speak, and been reborn into the final Star Wars where she is the character that needed to continue?”

Following the announcement that Fisher will posthumously appear in Episode 9, Hamill shared two photos of the pair together and a touching tribute: “It’s bittersweet facing my final chapter without her – she is simply irreplaceable. I’m finding solace in the fact that she won’t BE replaced”.

This trilogy closer was also tipped to bring back an all-time classic character, having already returned him to the screen in a younger version in the prequel movie Solo.

Rumours of Lando Calrissian’s return started when actor Billy Dee Williams pulled out of the Saskatchewan Entertainment Expo in September because of a “film schedule conflict”. 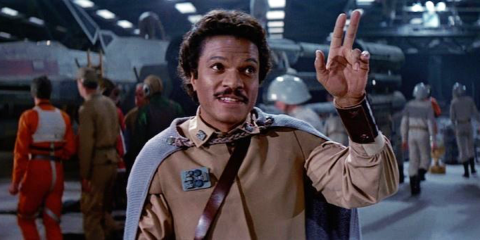 Jurassic World director Trevorrow was on board to direct, but in September 2017 Disney and Lucasfilm confirmed they had parted ways with the director, saying their visions for the project differed. It has now been confirmed that Abrams will be back to complete the trilogy he started in 2015.

Of the upcoming Star Wars movies, he said “we have to take them places that they haven’t gone, and that’s sort of our responsibility”.

“The opportunity to sort of take what we had learned, to take the feeling of who these characters are and what they are and give them a final chapter that felt in the spirit of what we begun?” he added later. “It was too delicious of an opportunity to pass up.”

Abrams said he wants to “go beyond, and do better than we did in 7” – which hopefully means that Episode 9 won’t be a clone of Return of the Jedi in the way his Force Awakens duplicated the plot of A New Hope.

Harry Potter and the Cursed Child writer Jack Thorne was brought on in summer 2017 to work on a new draft of the Episode 9 script, but the last word is that Abrams and Batman v Superman‘s Chris Terrio are writing the film. We don’t know yet if they are starting completely from scratch or not. 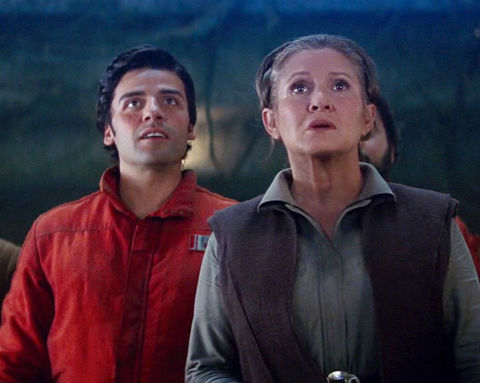 An official synopsis is a long way off, so all we can guess about Episode 9 follows on from the end of The Last Jedi (and for those who want the full spoilers on how The Last Jedi sets up Episode 9, click here).

However, Lucasfilm has confirmed that Star Wars: Episode IX will be the final movie installment based around the Skywalker clan. So this film draws a saga to a close that started when George Lucas created the series over 40 years ago.

Naturally, Carrie Fisher’s death has had an impact on the plans for the next episode, even though she will appear using unused footage. The director broke our hearts with Trevorrow’s confession that she was intended to be at the very centre of Episode 9.

“She thought 9 would be her movie. And it would have been.”

Kennedy added that they “pretty much started over” following Fisher’s death, although the script had not been finalised at that point. Trevorrow promised that Leia “will be handled with love and respect, and all of the soul that Carrie Fisher deserves”, and we’re sure that goes equally for Abrams.

What’s next for Star Wars?

Between The Last Jedi and Episode 9, the untitled Han Solo-starring spin-off movie will be arriving. A third spin-off is yet to be revealed, but is fully expected to arrive in 2020. Kennedy has said that it should be announced in summer 2017.

Beyond that? Disney CEO Bob Iger has said that the films could continue into the 2030s.

To be honest, there’s no doubt in our minds that Star Wars is in it for the long haul, and that Disney will continue to be make these movies while there is still an appetite for them. On top of the spin-offs, one way or another they will push forward with the main narrative, even if the focus moves away from the Skywalker clan.

Star Wars Episode 9 trailer: When can I see it?

Not for a while, buddy. The first teaser for The Force Awakens went up about a year before the film came out, so don’t expect Episode IX‘s any time sooner than late 2018.