Home » TV & Movies » What to stream this week: Dark Tourist, Deadlock and The Returned

It's easy to take a set against Dark Tourist, sight unseen. The idea of Kiwi journalist David Farrier travelling around the world to visit scenes of murder and man-made disaster seems ghoulish in the extreme.

A glance at the itinerary for the show's eight busy episodes throws up a blend of the instantly repellent (the little Jeffrey Dahmer tourism industry in Milwaukee), the over-exposed (Pablo Escobar's talkative hitman Jhon Jairo "Popeye" Vasquez), and a fair bit of other ground well trodden by documentary makers of various stripes.

But once you start watching it quickly becomes clear that Dark Tourist is mostly about people.

People who have built lives and businesses around macabre sites or phenomena, people who make holiday destinations of them, and in some cases, people who never even appear on the screen.

One example of the latter comes in Farrier's trip to Mexico, when he joins a group of tourists on an intense "illegal immigrant" experience near the US border. 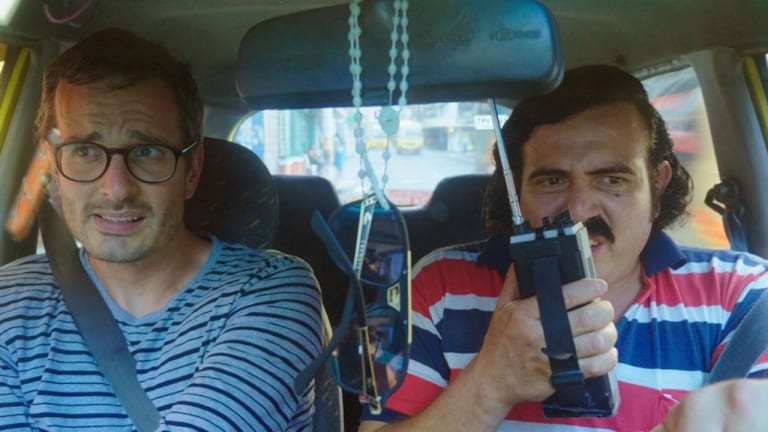 The experience, which is run by a former people smuggler who aims to deter fellow Mexicans from risking their lives attempting to cross the border, involves a six-hour hike during which Farrier and the rest of the group are repeatedly subjected to simulated robberies by groups of vicious, gun-toting bandits.

Though the tourists know – or at least are pretty sure – that it's all part of the show, the panic that the experiences induce conveys a surprisingly powerful impression of the terror that real migrants endure.

As the series unfolds, Farrier – who bears more than a passing resemblance to Louis Theroux in both appearance and demeanour – proves an eminently suitable surrogate for the home viewer.

He's open and interested, he's brave but very much capable of feeling fear, and he's never mocking or disrespectful of the people he meets.

Among his most memorable excursions in the show's early episodes are a bus tour of Japanese towns abandoned after the Fukushima nuclear disaster – towns that remain alarmingly more radioactive than the tourists had expected – and a trip to the eerie dystopia of Turkmenistan to watch an obscure indoor sports tournament in a $5 billion complex specially built for spectators who were never going to show up.

It's engrossing stuff, and those who warm to Farrier's style and interests can also check out his cult documentary, Tickled, on Netflix. 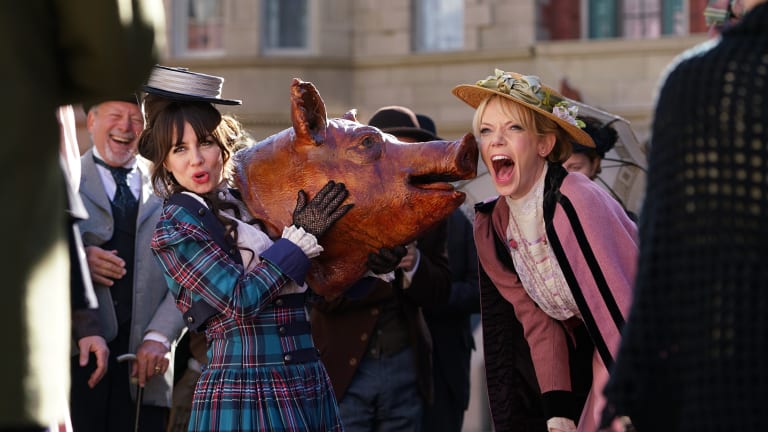 Another Period airs on Stan.

Comedian Natasha Leggero and the equally delightful Riki Lindhome (of Garfunkel and Oates) created and star in this surreal, reality TV-style mash-up of Downton Abbey and Keeping Up with the Kardashians.

Leggero and Lindhome play beastly sisters Lillian and Beatrice, who are obsessed with improving their social standing in the Rhode Island of 1902.

When the servants aren't walking the peacocks, answering the "custard bell" or helping Beatrice and Frederick undress for unwholesome assignations, they're scarfing down gruel for the one meal they're allowed to eat each day.

The cocaine wine that was so popular at the time ensures that things get fairly wild. Ensuing episodes feature appearances from the likes of Jack Black, Ben Stiller and Lou Diamond Phillips. 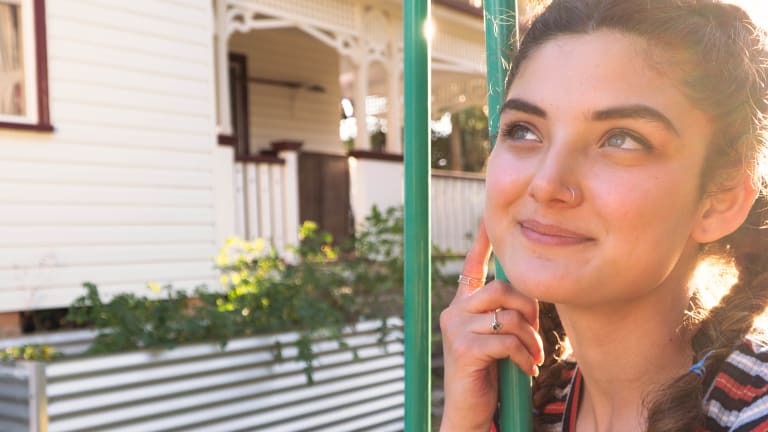 In Byron Bay, where the teenagers are as telegenic as they are irresponsible with fireworks, the stage is set for a big blowout at an illegal bush rave.

The dark drama revolves around young Sadie (Luca Asta Sardelis), who is about to leave town, much to the distress of her best friend (Bijou Gracie Henry).

Written and directed by Billie Pleffer, and with a cast that includes YouTube stars Danny and Michael Philippou, the five snack-sized episodes are an evocative snapshopt of modern teen life. 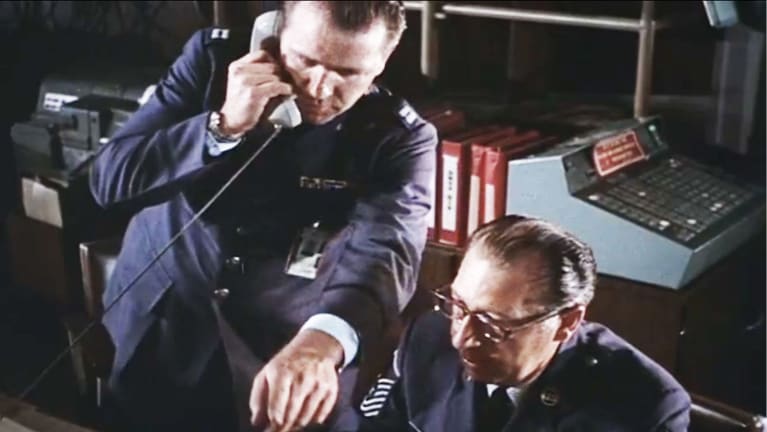 Watch Command and Control on Netflix.

A chilling documentary about the explosion of a nuclear missile in its silo in Arkansas in 1980.

The blast, which killed one person at the nearly evacuated site, might have killed millions had it detonated the missile's nine-megaton warhead – which was blown into the air and later found in a nearby ditch.

Survivors give gripping accounts of events, while journalist Eric Schlosser (on whose book the documentary is based) explains that the risks of an accidental nuclear-weapon explosion have always been much higher than we imagined. 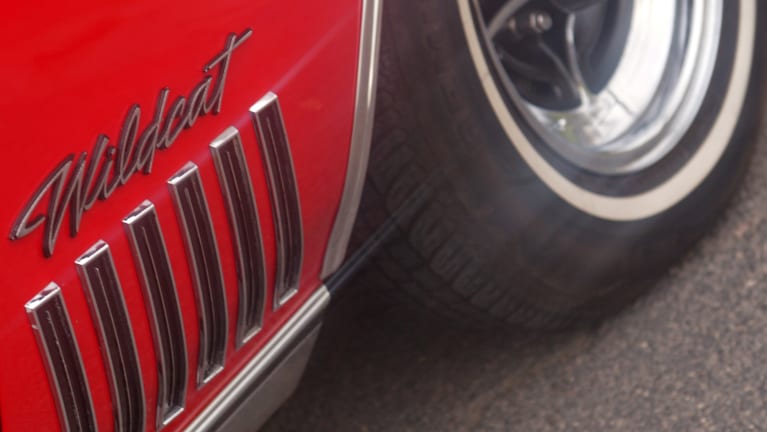 The Buick Wildcat III is one of the cars featured in the Amazon Prime Video documentary.

Dream Cars of the '50s and '60s
Amazon Prime Video

The gas-guzzling nostalgia is good fun for a while, though in the end the collection of old American car ads and sales films does get a bit repetitive.

It all begins in great style at a 1955 car show, where hundreds of car enthusasts gawp at revolving platforms on which human models in glamorous dresses show off such marvels as the Buick Wildcat III concept car.

Other curiosities include Mercury's dangerous-looking "wrist-twist" steering apparatus, which was intended to make the steering wheel a thing of the past. 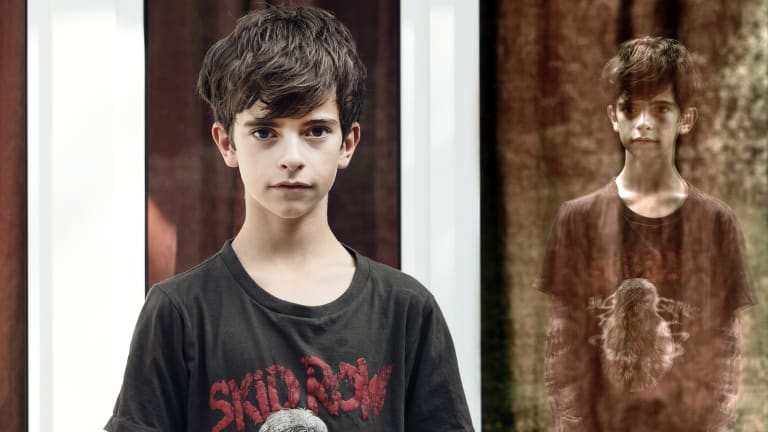 Swann Nambotin plays a character named Victor in The Returned.

The Returned
SBS On Demand

In a small French mountain town the dead are coming back to life. Not as zombies, but as their old selves, unscathed and with no memory of their own deaths.

When a teenage girl who died four years ago strolls into her mother's home and makes herself a sandwich as if nothing had happened, it's an occasion for frightened, bewildered rejoicing.