Strictly Come Dancing heads to Blackpool this weekend as the remaining seven contestants perform in the iconic tower ballroom. Alex Scott and her professional dance partner Neil Jones are going to be dancing the Paso Doble to Run the World (Girls), but her chance of winning the show has potentially been thwarted by the comeback of Neil according to data collected by OddsMonkey.

Since the 2019 series kicked off in September, OddsMonkey has looked at the celebrities following on the social media platform Instagram.

With each week that passes, they have researched how many followers each contestant has gained as well as the percentage increase.

The football pundit started off with 257,000 followers and has seen a steady increase throughout her Strictly journey.

However, three weeks ago, her dance partner Neil was unable to perform during the Halloween Special following an injury sustained during the dress rehearsal. 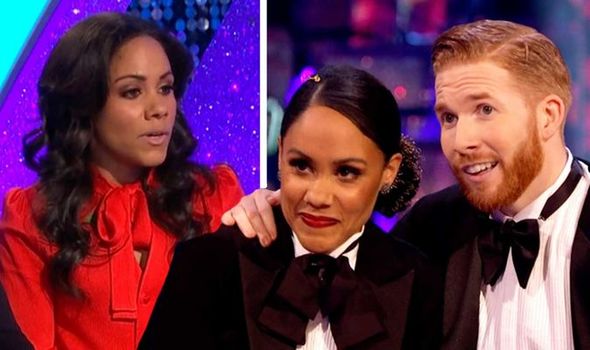 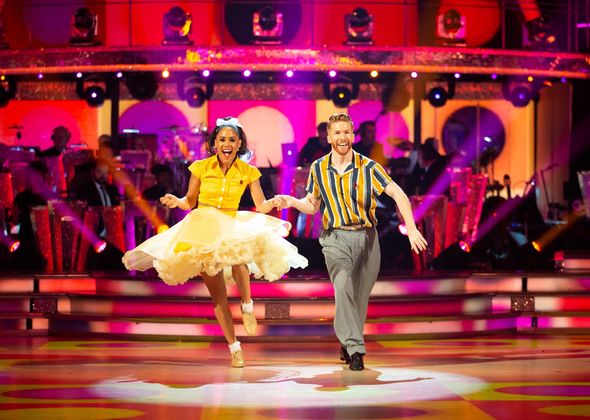 Fans of the dance competition will remember how Kevin Clifton stepped in at the last minute.

The following week, week seven on the competition, Neil was advised to rest in order to allow his injury to recover and Kevin danced with Alex once again.

Last weekend, BBC One viewers tuned in to see Alex reunited with Neil.

But, those two weeks when Alex danced with the 2018 champion Kevin, saw a big increase in her popularity on social media. 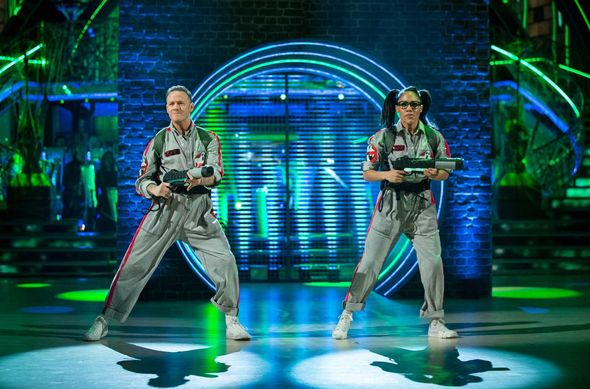 Since returning to dance with Neil, she has suffered a decrease.

Does this mean her chances of winning the show are thwarted because she is partnered with Neil instead of the popular Kevin-from-Grimsby?

OddsMonkey data showed during week five of the competition, the week before Neil was injured, Alex had a 1.66 percent increase in Instagram followers. 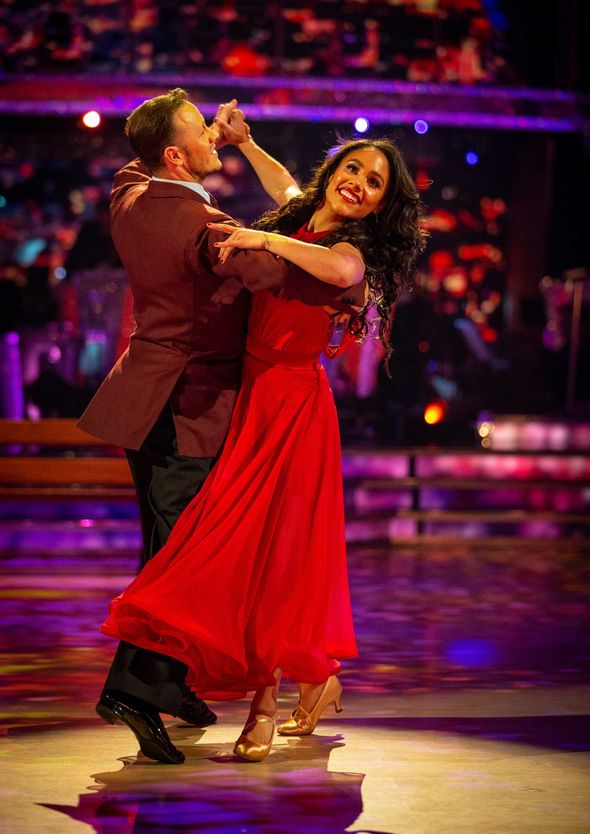 The second time she danced with Kevin, Alex gained 2.74 percent of followers on her profile.

And last week, when Neil returned, her percentage increase dipped significantly to 1.45 percent.

Is Neil going to be the reason for Alex’s downfall in the show?

Despite this information, it sees the bookmakers odds are on Chris Ramsey to leave the competition this weekend.

The comedian who is partnered with Karen Hauer is tipped to be hanging up his dancing shoes after Blackpool.

OddsMonkey spokesman Peter Watton said: “With Mike going home last week and just missing out on Blackpool, the markets have changed and it is Chris Ramsey who is firmly odds-on to go.

“He is way behind on average scores, suggesting he has his work cut out to survive.”

As for who could be joining him in the dreaded dance-off, it seems it could be there first time for Emma Barton and Anton Du Beke.

“The Bookmakers are still not getting behind Emma Barton, but she keeps on seeing big improvements in the Social Media world, which suggests she does have the support out there,” Peter added.