Strictly Come Dancing concludes this evening and BBC One viewers will tune in and see one celebrity contestant and their professional dance partner crowned the winners of the series. Ahead of the grand finale, Express.co.uk has taken a look back at the biggest epic fails and blunders since the show catapulted onto television screens 15 years ago.

Way back in 2006, cricketer Mark Ramprakash and Karen Hardy took to the dance floor to perform a Salsa.

However with all the twisting and turning, their microphones got tangled and they were forced to stop their dance routine.

Bruce Forsyth who was presenting the show that series walked on stage to help with the technical difficulty.

Luckily, the judges were understanding and allowed the pair to perform the dance again.

In the end, they received 36 points out of a possible 40 and the blunder didn’t impact their winning chances, because weeks later, they were crowned the champions of series four. 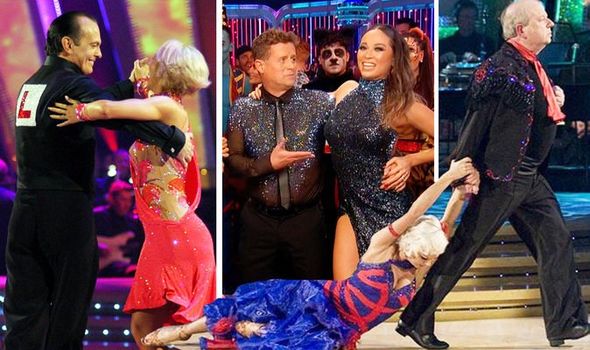 Back in 2014, hosts Tess Daly and Claudia Winkleman returned on a Sunday night to present the results show, and the Strictly professionals took to the dance floor with an opening number.

Joining them for a very special performance was Jimmy Johnson – who starred in a National Theatre production of Oklahoma!

The audience and viewers thoroughly enjoyed the barn dance, but the hilarious moment came after the performance had finished.

Tess and Claudia were seen thanking their star guest for his appearance, and Jimmy wandered off to make his exit, but he didn’t look where he was going.

Instead, he stumbled and fell over a haystack, leaving everyone watching in hysterics.

Luckily, only Jimmy’s ego was bruised.

Motoring expert Quentin Wilson managed to bag the lowest ever score in Strictly history back in 2004.

Partnered with professional dancer Hazel Newberry, they were tasked with dancing the Cha Cha Cha in week one of the competition.

Craig Revel Horwood and Arlene Phillips scored the celebrity a one, while Len Goodman and Bruno Tonioli gave a three.

With just eight points, they were booted out of the competition and Craig dubbed Quentin “Britain’s Worst Dancer”. 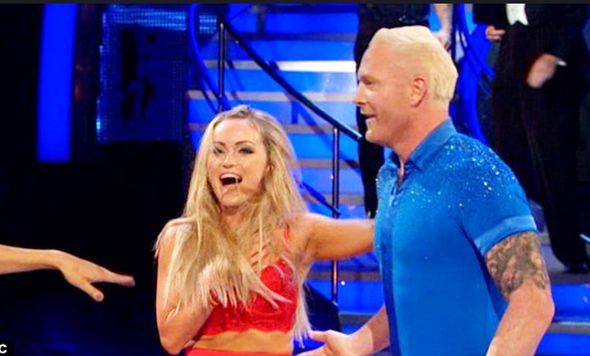 Since the show’s inauguration, there have been many wardrobe malfunctions, but perhaps the most iconic involved professional dancers Ola Jordan and Brendan Cole.

During the launch show of 2015, Ola was partnered with Iwan Thomas who was so excited by the news he picked her up and swung her around.

But the tiny red lacy top she was wearing came undone and she tried to adjust it to hide the malfunction.

The awkward moment didn’t bother her too much as she took to Twitter to laugh about it, she said: “In this 1 second he ripped my skirt, broke my nail and my boobs popped out!! This is going to be great series.”

As for Brendan, viewers were left cringing when he gave them an eyeful.

Back in 2014, following an energetic routine to Turn the Beast around with celebrity contestant Sunetra Sarker, he shuffled over to Tess who asked: “Why are you walking like that?”

Turning to the camera, he flashed the awkward tear – around the crotch area and a stunned Tess exclaimed: “Oh, I see! We’ve had a wardrobe malfunction. Nothing to see here, folks!”

Head judge Len at the time cheekily quipped: “I think I saw your bongos!”

Journalist John Sergeant’s performances always involved some interesting moves, but his most memorable one, without a doubt what when he dragged his professional dance partner Kristina Rihanoff across the dance floor like a sack of potatoes.

It was back in 2008 when the couple were performing a Paso Double, while his effort and enthusiasm was impressive, the judges didn’t think his dancing was quite as good.

He scored 21 points for the routine, which wasn’t his lowest score! 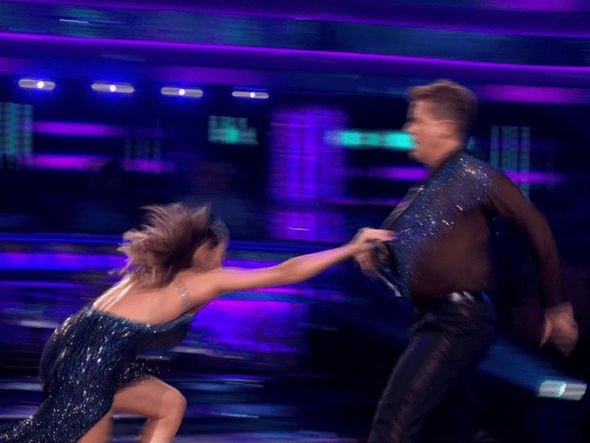 Katya Jones falling flat on her face – twice in one night!

Earlier this series, Katya Jones who was partnered with BBC Breakfast sports reporter Mike Bushell fell not once, but twice during a routine.

They took to the dance floor to perform a Magic Mike themed Cha Cha Cha for Movie Week.

However during their cheeky routine, Katya stumbled and lost her footing which sent her flying onto the floor.

To make matters worse, she then made a joke out of it and pretended to fall once more up the stairs when they went to join Claudia Winkleman for the judges scores.

Strictly Come Dancing concludes on Saturday night with the grand finale on BBC One.