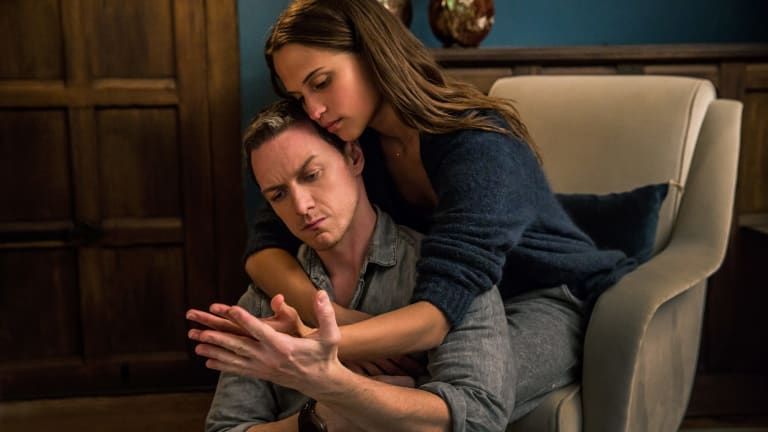 It is hard to think of a living filmmaker who has drifted further out of fashion than Germany's Wim Wenders. His films of the 1970s and '80s, such as Alice in the Cities or Paris, Texas, are still revered as classics, but his more recent work tends to be dismissed when it surfaces at all. 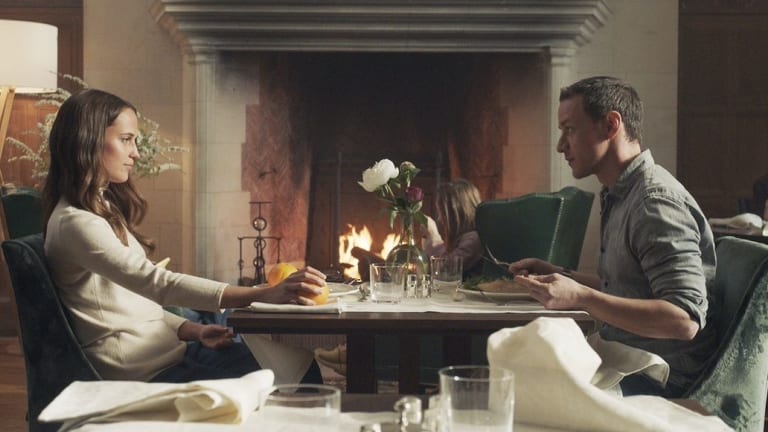 Vikander and McAvoy could do with a bit more chemistry.

In a curious way, this feels apt. Wenders' films from the outset resembled self-conscious time capsules, lingering on the technologies of the day, such as film projectors or Polaroid cameras, as if from an imagined vantage point of future nostalgia. His dislocated characters seemed to anticipate their own obsolescence, inhabiting stretched-out moments of "dead time" on their way from one temporary resting point to another.

Wenders is a director who will have to be looked at again: even his later, maligned period has its high points, such as Don't Come Knocking from 2005, which deserves to be more widely known.

His latest, Submergence, is another matter: perhaps only his most loyal fans will be persuaded to stay the course. Based on a novel by J.M. Ledgard​, it has major stars and could be mistaken from its marketing for some kind of submarine thriller. This couldn't be further from the truth: most of the action is internal rather than external, and nearly all of it occurs on shore.

Told mainly in flashback, this is the story of a couple who meet on a beach in France while each is enjoying some time off. James (James McAvoy) is a military man working undercover in Africa, full of bravado but marked by his proximity to death. Danielle (Alicia Vikander) is a marine scientist specialising in the deepest regions of the ocean, an uncharted realm she insists is vital to humanity's future.

The film's central scenes show them becoming lovers and exchanging points of view, all set against idyllic surrounds in contrast to the respective descents that await them.

It is hard to get to the bottom (excuse me) of what makes Submergence worthwhile. The screenplay by Erin Dignam, who also worked on Sean Penn's widely reviled The Last Face, is full of heavily literary, sententious dialogue, especially when it tries to be funny. Humour has never been Wenders' strength, nor has social commentary of any kind. The present-day scenes which show James kidnapped by jihadis aim to set the characters' ruminations against the broader context of competing 21st-century ideologies, but here both screenwriter and director appear (excuse me again) far out of their depth.

Nor is there a great deal of chemistry between the leads. McAvoy, in particular, is a problem: a mischievous, not naturally assertive presence, he seems drawn to macho or aggressive roles, but always plays them as if he were trying to prove a point. In practice, James is mainly the pair of eyes through which we view Danielle, who is presented, for better or worse, as a figure of idealised virtue.

All this is just as corny and pretentious as it sounds: what can be said in Wenders' defence is that at the age of 72 he has not lost his faith in cinema. One sign of this is the name given to the boat that Danielle eventually embarks upon, L'Atalante – an allusion to another aquatic romance, Jean Vigo's 1934 classic of French poetic realism.

The crucial influences on Submergence, however, go back to silent cinema with its primal play of light and shadow, such as the shadows that surround James in captivity, or the sunlight on Danielle's face as she contemplates the mysteries of life and death.

This is the film of an old man who has retained a humble, almost naive attitude to experience, an awareness there are depths he has left unplumbed. There is something quite moving about this, and about Submergence's heartfelt efforts to come to terms with the modern world, as inadequate as these may be. In this sense, this is a film worth seeing, and a welcome sign that its maker's own strange voyage is not yet over.