We had it on good authority that John Rambo had retired two years ago, but it seems Sylvester Stallone can’t resist picking up his bow one more time.

Yes, the man, the myth and the legend that is Sly Stallone has recently teased yet another Rambo title on Instagram – and whatever it is, it’s coming “soon”.

“A SAVAGE RISING!” Sly shouted to fans, alongside a very wet and brooding image of who we can only assume is everyone’s favourite greased-up lone wolf.

Although all signs do admittedly point to him returning for Rambo V, Stallone admitted back in 2016 that his body was in need of a more permanent break.

“The heart’s willing, but the body says, ‘Stay home!'” he said. “It’s like fighters that go back for one last round and get clobbered. Leave it to someone else.” 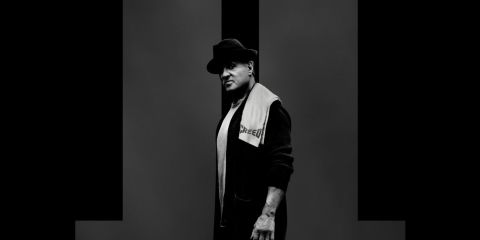 Rambo isn’t the only one of Sly’s iconic characters who just can’t be left alone – Rocky Balboa is also gearing up for “another round in the ring” ahead of Creed II‘s release later this year.

The anticipated sequel to 2015’s Creed recently dropped its first trailer, in which Rocky hopes to train Adonis Creed to a victory over Ivan Drago’s son, Viktor.