Sky News staff are worried there will be a repeat of Blair Cottrell's controversial appearance unless the network improves its editorial processes.

Over the weekend, Sky broadcaster and former politician Adam Giles interviewed convicted racist and arsonist Blair Cottrell. The United Patriots Front leader has previously called for a picture of Adolf Hitler to be hung in every classroom.

The backlash was swift, with Sky issuing an apology and removing the footage from social media. While some of the broadcaster's big names have slammed the interview publicly, many employees did not wish to speak on the record for fear of a "witch hunt".

Privately, many wondered what blunders lie around the corner and how many times presenters can criticise their own network's segments. Just last month, Liberal Democratic senator David Leyonhjelm told a Sky News program that Greens rival Sarah Hanson-Young was "known for liking men".

At the top of employees' grievances is an alleged lack of editorial oversight.

"What's a 23-year-old producer to say when the former chief minister of the Northern Territory says he's having Blair Cottrell on?" one Sky insider asked. "It's terrible."

The network's chief executive, Angelos Frangopoulos, said in a statement he has banned Cottrell from appearing on Sky again. The Adam Giles Show has also been suspended pending a review.

"Sky News features wide debate and discussion from across the political spectrum and will invite guests at times whose views are objectionable, but, when we do, they must be held to account in the context of respectful discourse that meets community and our own expectations," he said.

Mr Frangopoulos also said news boss Greg Byrnes has been given the newly-appointed role of acting program director. Sky News deputy editor Kaycie Bradford will step into his former position. Both will now have editorial oversight of the network's weekend programs to ensure it meets "journalistic and community expectations".

Sky's political editor David Speers has said the Blair Cottrell interview was met with "understandable outrage". He was joined by political reporter Laura Jayes, who described the convicted racist as a "self-confessed Hitler fan".

"He's boasted about using 'violence and terror' to manipulate women," she said. "His rap sheet includes arson, burglary [and] racial vilification. He's not an activist. He's just an arsehole." 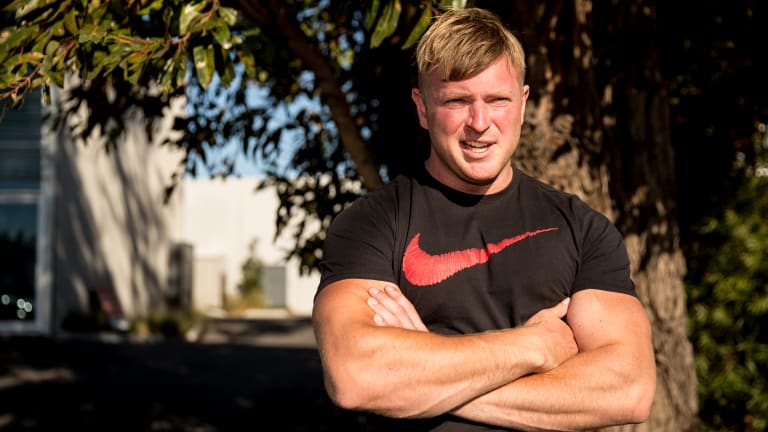 Blair Cottrell, leader of the United Patriots Front, is a convicted racist and arsonist.

"Blair Cottrell should not be described as an activist but for what he truly is – a convicted criminal with a dangerous record," she wrote. "His offences are too long to list on Twitter but should be included in any introduction to him."

In a further blow to the broadcaster, former Labor MP Craig Emerson has announced he will no longer contribute as a regular commentator as direct a result of the interview.

"My father fought Nazis in WWII and was interred in a German POW [prisoner of war] camp," he said. "The decision to allow neo-Nazi Blair Cottrell onto the channel was another step in a journey to normalising racism and bigotry in our country." 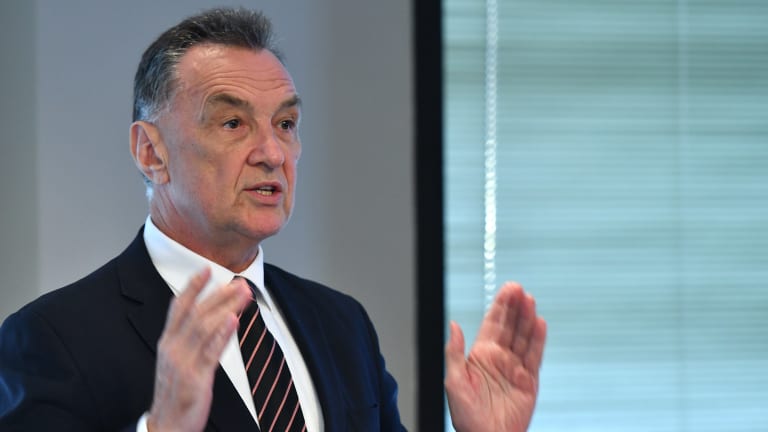 Craig Emerson has resigned as a regular Sky News commentator

A Sky spokeswoman said the network respects Emerson's decision to resign and would like to thank him for his contribution over the years.

Meanwhile, Cottrell has claimed Sky has caved in to "leftist abuse" and challenged Andrew Bolt to an on-air debate.

It isn't the first time Cottrell has landed a broadcaster in hot water. Earlier this year, Channel Seven was slammed for interviewing the United Patriots leader and painting him as a citizen concerned over Victoria's so-called African gangs crisis.