Way back in 2006, when “30 Rock” was still establishing its tone, the nascent satire’s fifth episode parodied the oft-clumsy and obvious manner in which television shows would implement product placement… by hocking Snapple in sharp and obvious fashion. At one point, Jack (Alec Baldwin) brings a lengthy runner praising the beverage to a close by saying, “Look, we all love Snapple. Lord knows I do, but focus here: We’re talking about product integration.”

For seven glorious seasons, “30 Rock” pitted Liz vs. Jack, art vs. industry, always with the playful wink that the two had to find a way to work together if either was going to exist. So it’s only fitting that the “30 Rock” reunion — aka “30 Rock: A One-Time Special” — ends with Liz winking to camera after referencing this early back-and-forth. “I’m an artist, not a shill for the network,” she tells Jack. “I don’t do industrials.”

The joke, of course, is that she just did. And that’s when it hit me — why the surprisingly well-produced and consistently amusing “30 Rock” reunion still felt like looking through a funhouse mirror. It’s not that each character has aged seven years since we last saw them (except Jack McBrayer’s ambrosia-filled Kenneth), or that they’re providing scripted lead-ins to the de facto commercial breaks. (Though Liz Lemon, a glutton for bad TV, procrastinating by watching the news was pretty far-fetched.) This time, “30 Rock” was an advertisement first and a piece of art second, while for the 138 previous episodes, it was the other way around. 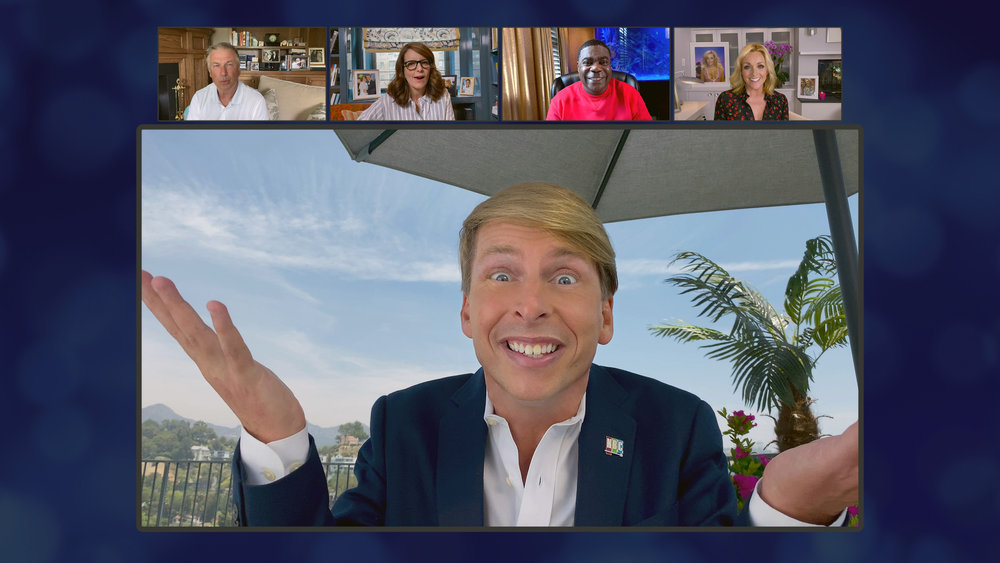 This isn’t a condemnation; Tina Fey, Robert Carlock, and NBCUniversal were always straightforward about what this reunion really was: a replacement for the company’s 2020 Upfront presentation, which, typically, is when all the networks converge on New York City to pitch their upcoming seasons to advertisers. Celebrities show up to hype their work, lots of money is spent, and everyone leaves feeling optimistic about big ratings that can move bigger products. It’s a lot like this “30 Rock” scene, except with way more fanfare. That, of course, didn’t happen this year, but even with production at a near standstill, major sports clinging to hope they can survive in a bubble, and news programs being the only reliable offering on the fall slate, NBC still has to find a way to convince advertisers that what little money they have to spend should be dedicated to this network.

Oh, and then there’s Peacock.

NBCUniversal’s just-launched free service is betting big on ad-supported revenue to win a battle or two in the streaming wars. That’s why Tracy Jordan (Tracy Morgan) wrapped up the special by pushing the cross-platforms advertising model that will distribute commercials across NBCUniversal’s many brands, and that’s one of the reasons NBCUniversal spent big money to reunite the “30 Rock” cast in the first place. Apple TV+ used “The Morning Show” to launch its service, Disney+ used “The Mandalorian,” and HBO Max was supposed to have a “Friends” reunion. Peacock needed a marquee event to draw immediate eyeballs, and the “30 Rock” reunion special fit the synergistic plan like a yellow, Greenzo glove.

Starting with a thin, flexible plot — Kenneth tricks the TGS crew into orchestrating a reunion, only to chastise them for ignoring his friendship (aka Zoom invites) and spurring them to fight their way back into his good graces — the “30 Rock” reunion had plenty of clever in-jokes for observant fans. There was Liz’s half-eaten muffin (only the top) in the background of her FaceTime chat with Tracy; the start of her “night cheese” melody; Jenna and Tracy’s perfect team example of peanut butter and not jelly; “another successful interaction with a man” to kick things off, and so many more. 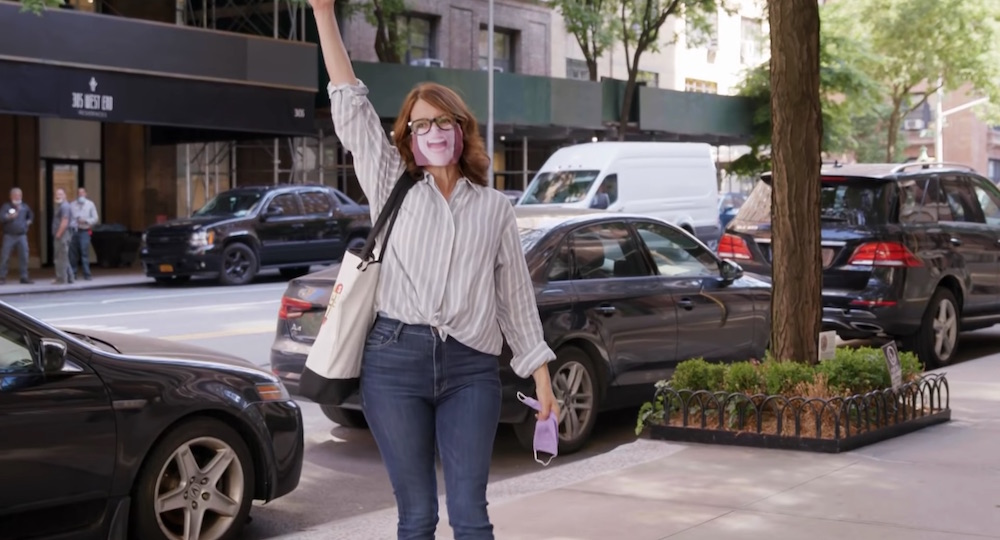 All of that, not to mention the stylistic flourishes (“How am I seeing these flashbacks?” is a great line for Khloe Kardashian), helped recreate the original episodes’ tone and rhythms. But even for those prepared to see Tina Fey and Alec Baldwin pushing Peacock with unprecedented sincerity, some moments in the special had to feel pretty freaking weird. It piqued for me during what I believe was the sixth ad break, as teasers for Ellen’s sadistic game show and a water park ride/reality show played across the screen. These are exactly the kind of programs “30 Rock” would make up when skewering NBC’s more popular series, and knowing that we were now being asked to take them seriously — as real shows we’re supposed to look forward to — was just too much to swallow. Could “Love Island” exist today? Absolutely. It always felt about five degrees removed from reality. But Liz & Co. were always making fun of it before, even when they admitted to watching.

Here, there weren’t even polite jabs toward “Ellen’s Game of Games” and “Cannonball.” Sure, Jack’s iPhone 40 made Liz slap herself for mentioning “Friends,” one of NBC’s most famous series that won’t be streaming on Peacock, but that gag felt like a warning shot; their one and only direct jab at NBCUniversal, instead of a tone-setter for more to come. In the past, “30 Rock” found a way to poke fun at celebrities, its fellow TV shows, and even itself without ruining any of them for the audience. The special didn’t allow for that same kind of self-mockery, and it created an odd fissure between the presenters and their presentation; between “30 Rock” and the upfront itself.

The “30 Rock” reunion gets the job done. Just having Kenneth, Liz, and Jack introduce a Peacock trailer, a tease for “The Office” premiering in 2021, and another quick reminder that Peacock is free should be more than enough to make the NBCUniversal execs happy. And the show itself, with all our favorite faces plus a bunch of celebrity cameos (thank goodness all that Mandy Moore hype actually led somewhere), made for an enjoyable reminder of just how great “30 Rock” was when it was firing on all cylinders. (Or even in brief, brilliant spurts, like when Tracy is “race-walking” and Morgan’s goofy, side-to-side dance step is enough to earn a guffaw.)

But I don’t think I’ll go back to the special during my next re-watch, even if Peacock loads it up right after the series finale. The reunion is a bridge too far, made at a time when audiences are desperate for anything new and comforting. NBCUniversal mined that instinctual yearning for extra exposure, and I can’t really blame them. But when Liz tells Kenneth all the shows he picked for NBC’s (real) primetime lineup are “amazing,” there’s just enough of a beat before her response to think the comedy writer might crack a joke. The old Liz sure would have. But this one is just happy to have something to watch.