Paramedics arrived to find the actress, 53, lying on the ground after a car hit her back tyre yesterday. 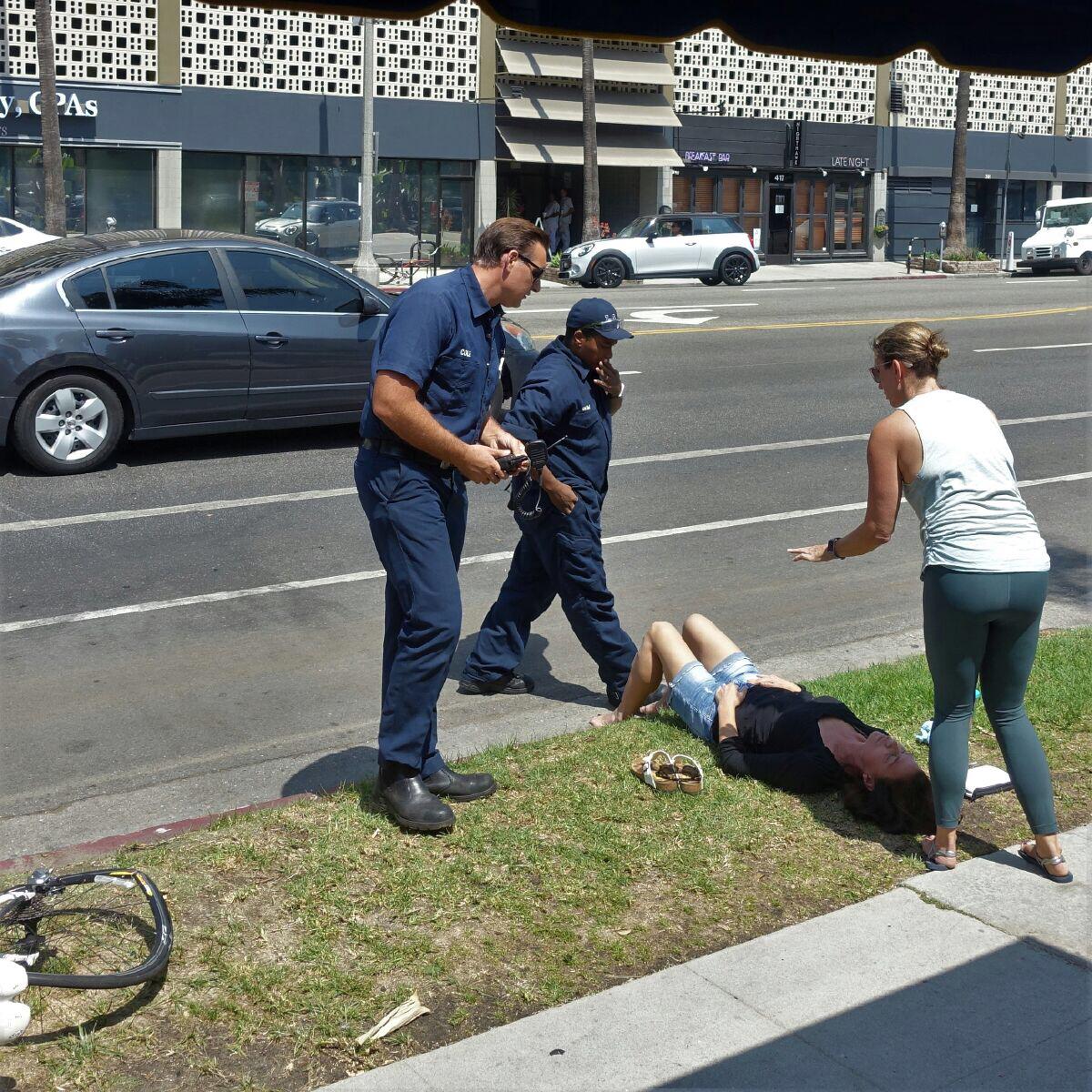 She was taken into the ambulance by wheelchair after complaining of back pain, according to TMZ.

A spokesman for the star told People she was later released from hospital with no major injuries.

They added: “Thank you to everyone who has reached out with their concern.”

An LAPD spokesman said the driver of the car was not believed to be under the influence of alcohol or drugs. 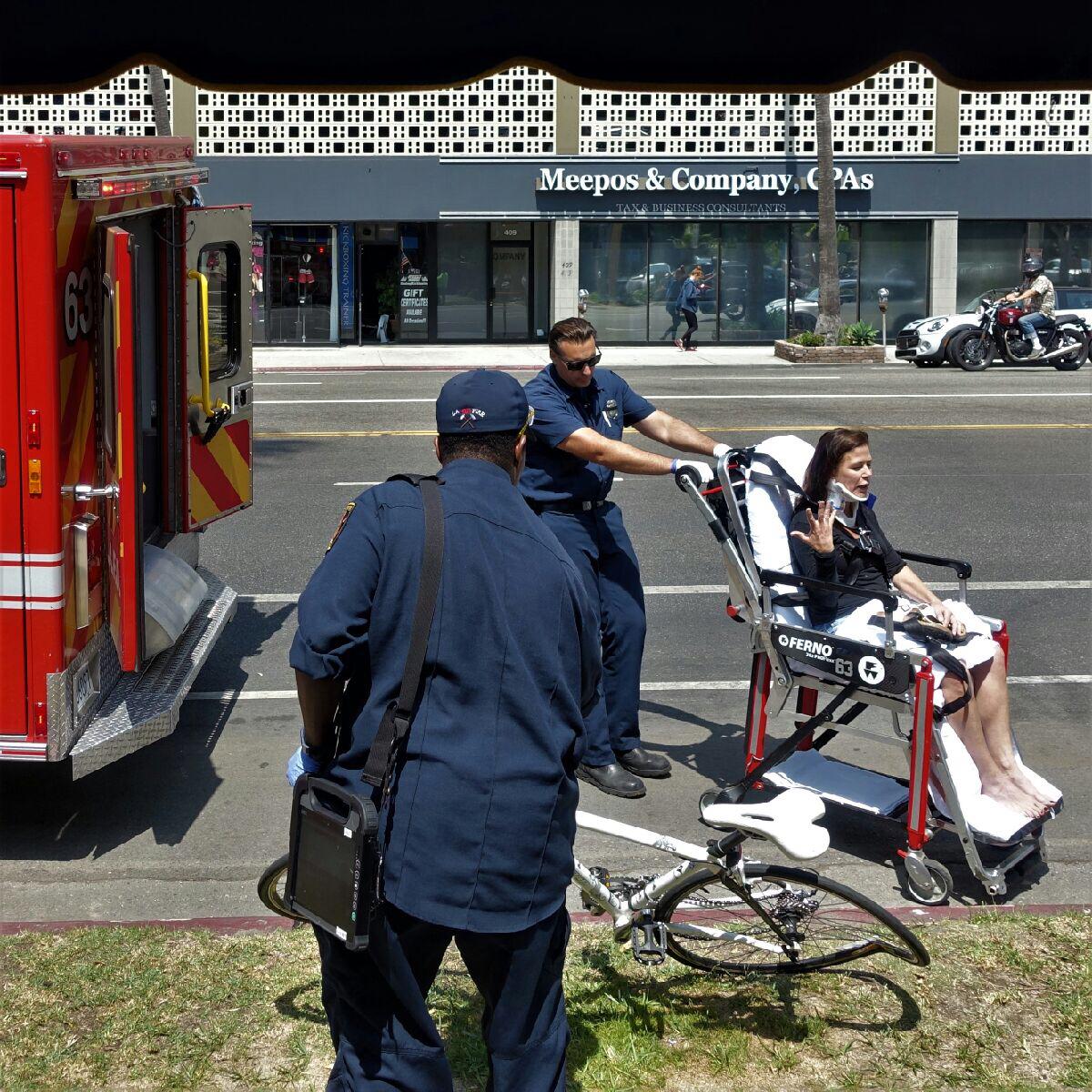 The accident comes six years after she opened up about her battle with breast cancer – she was diagnosed in 2009.

She told People: “I remember thinking, ‘I’m so young, this can’t be happening. 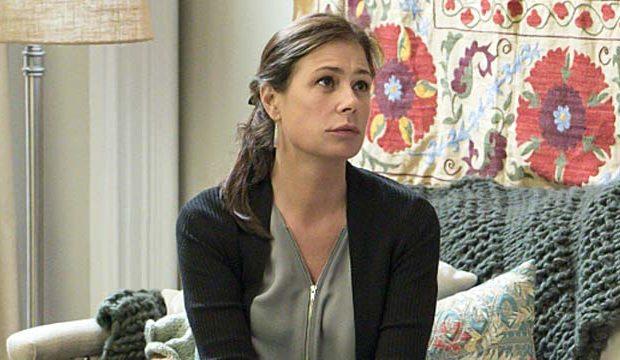 "My prognosis is good, but I knock on wood.”

Maura finished her treatment for the disease back in 2010 after surgery and chemotherapy .