Now listen up, you lot. The time for copious amounts of business talk and bullshit is almost upon us, as the arrival of the brand new series of The Apprentice has finally been confirmed.

The long-running BBC series announced its start date over on Twitter earlier today, advising us to get our business plans ready and Claude-proof for Wednesday, October 3.

We would say that we hope this year’s contestants have already got their business plans nailed, but let’s face it, they probably haven’t. (That’ll be because giving 110% isn’t a thing.)

Next month’s series will be The Apprentice‘s 14th run, proving that Lord Sugar either has the deepest pockets we’ve ever known or his past investments haven’t earned him enough.

In case you’ve never watched the utterly cringeworthy but totally brilliant Apprentice, the show centres on a group of aspiring, so-called businesspeople who are competing for the chance to become Shugs’ business partner. 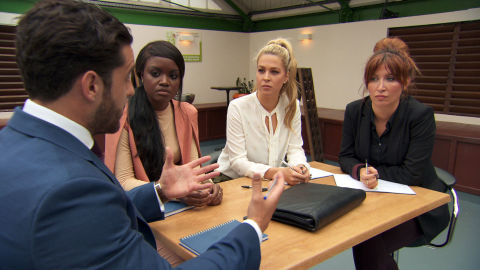 The wannabe entrepreneurs are put through their paces with near-irrelevant weekly tasks, watched keenly by the formidable gazes of Karren Brady and Claude Littner.

Last year’s series ended in surprising (and controversial) fashion, as both finalists (Sarah Lynn and James White) ended up with £250,000 investments from Lord Sugar.

“This is a historic moment, I suppose, in the 13 years we’ve been doing this,” Shugs said of the unexpected twist. “And it’s really because of what I said in the episode.

“I couldn’t make a decision. It had to be both of them!”

Lord Sugar will see you when The Apprentice returns on October 3 at 9pm on BBC One.