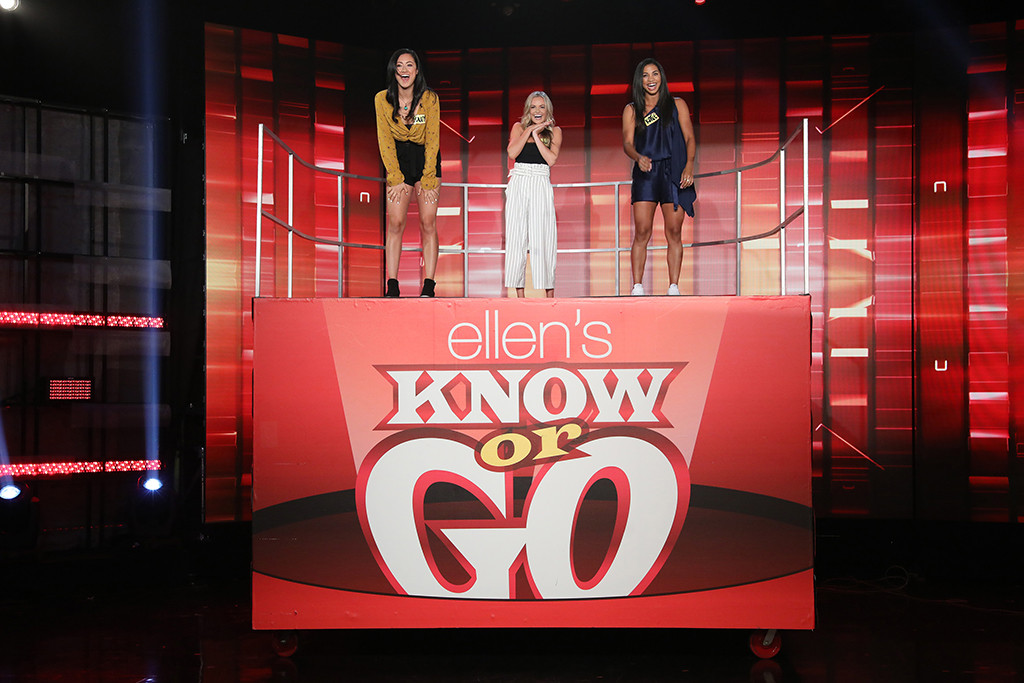 Colton Underwood‘s season of The Bachelor doesn’t air for a few more months. However, the former football player met three of the women competing for his heart on Thursday’s episode of The Ellen DeGeneres Show.

Instead of taking the women on a romantic date, Underwood put their knowledge to the test by having them play “Know or Go.” To play, each woman had to stand on a platform with a retractable door. Ellen DeGeneres then asked each contestant a question. If the woman got it right, she stayed on the platform. If she got it wrong, she fell through the door. The last woman standing won the opportunity to come down and meet Underwood on the stage.

All three of the women—Sydney, Annie and Katie—agreed to play. DeGeneres started off with some easy questions. For instance, she asked Sydney to give Underwood her best pick-up line, and she asked Annie to reveal the thing she finds most attractive about the reality TV star.

“Well, I have seven dogs,” she replied. “So, especially that he loves dogs.”

Soon, things got a little bit tougher. Katie was the first contestant to be eliminated after she failed to finish this rhyme: “Roses are red; violets are blue; Colton is sweet.”

“And so am I?” she replied before falling through the door.

Sydney was the next one to go after she incorrectly guessed the number of chambers in a human heart—leaving Annie as the last woman standing. Even though she failed to guess Underwood’s birthday—which just so happened to be the same as DeGeneres’—Annie was still pronounced the winner. She even gave Underwood a little hug.

Watch the video to meet the three women and see them play the game. 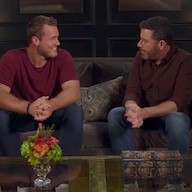 Fans first met Underwood on Becca Kufrin‘s season of The Bachelorette. He then pursued a relationship with Tia Booth on Bachelor in Paradise, but ultimately called it quits. Now, he’s getting his third chance at love as season 23’s Bachelor. However, Underwood claimed he didn’t know he got the gig until “just very shortly before” the big announcement on Good Morning America.

“I was super excited because it’s helped me grow as a person,” he said in regards to the decision and his past experiences with the franchise.

As for what he’s looking in a future spouse, Underwood said he’s hoping to find someone who is “fun, spontaneous, outgoing,” as well as someone who is a “good person” and “could be a good mother.”

Underwood’s season of The Bachelor premieres in January 2019.