Kaley Cuoco may be sad that The Big Bang Theory is coming to an end this season, but there is one thing that she has admitted she won’t miss.

Appearing on The Late Late Show with James Corden, the star – who plays Penny – said that the stairs at the apartment building have proven to be more troublesome over time.

“The stairs have gotten more and more exhausting as our seasons have gone on. Seasons 1 and 2, we were running up there. Now, it’s season 12, we’re all a bit older, and it’s a little more difficult getting up those steps. 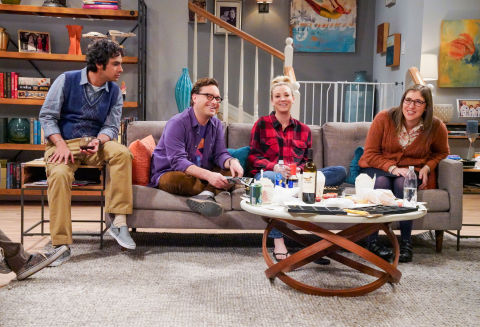 At the time of the original announcement, Cuoco shared that she was “drowning in tears” knowing that the hugely popular CBS sitcom was ending after 12 seasons.

“This ride has been a dream come true and as life-changing as it gets,” she said. No matter when it was going to end, my heart would have always been broken in two. Drowning in tears, we promise to bring you the best season yet.“

The Big Bang Theory‘s final season starts Monday, September 24 on CBS in the US. E4 airs the show in the UK.