Home » TV & Movies » The Bold and the Beautiful spoilers for next week: Brooke fights for Ridge, Charlie proposes to Pam, Hope has a miscarriage? 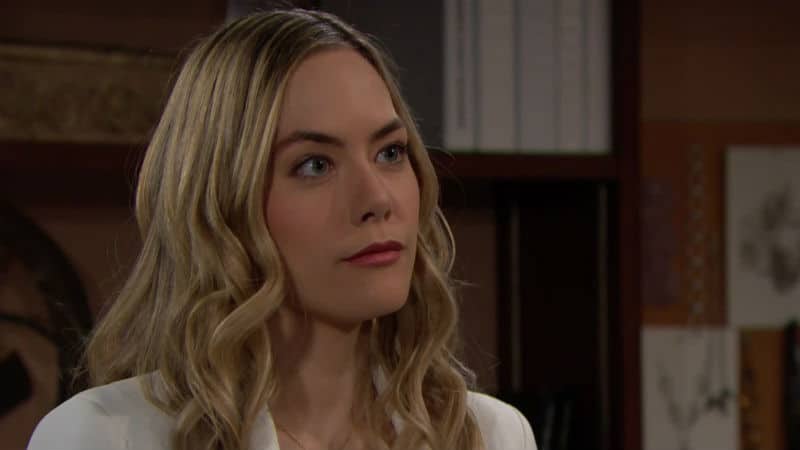 The Bold and the Beautiful spoilers for next week’s episodes of the CBS sudser tease that the upcoming days are all about loud and proud couples, both hot and not! Plus, a surprise appearance by a medical professional causes anxiety about Hope’s (Annika Noelle) baby.

The poo hits the fan as Ridge’s (Thorsten Kaye) blackmail of Judge McMullen (Joe Lando) comes to light. But that’s nothing compared to his own volcanic reaction to what his equally duplicitous wife has done!

Does Bridge explode in a spectacular fireball next week? Yes and no! After their mutual shenanigans come to light Brooke (Katherine Kelly Lang) and Ridge tear into one another like crazed wildebeests. And yet, in the end, that wishy-washy, indecisive Brooke decides that she wants Ridge after all!

Won’t this be news to her accomplice in crime, Dollar Bill (Don Diamont)? He moved in for an illicit kiss last week, sparking high hopes for Brill fans. But alas, snoopy Steffy (Jacqueline MacInnes Wood) caught sight of the smooch and all heck broke loose when she ran to her dad and spilled the sordid beans.

Remember when Brooke and Bill went to Dubai on #BoldandBeautiful? ?#TravelTuesday

Bill and Katie have been growing closer since the custody trial ended in her favor. She is downright smitten with how fatherly Bill is all of a sudden, which leaves Thorne (Ingo Rademacher) where exactly? Anyway, next week she reaches out to her ex in a way that will shock you!

Speaking of shocking, but in a good way, Pam (Alley Mills) and Charlie (Richard Christie) make a big decision! Get the rice ready, folks!

Elsewhere, Hope has a fit when she finds out about Brill. But her heated confrontation could cause a major problem for Lope and their unborn baby. After yelling at her mom, will she have a terrible complication with her pregnancy? Robin Givens reprises her role as Dr. Phillips at the end of the week, and her professional presence usually spells e-m-e-r-g-e-n-c-y!

The Bold and the Beautiful airs weekdays on CBS and in the evening on PopTV.