Something Wiccan isn’t this way coming — it’s here. On Tuesday, Sony Pictures and Blumhouse released the first trailer for their The Craft reboot, officially titled The Craft: Legacy, conjuring up new generation of witches.

This take on The Craft hails from writer-director Zoe Lister-Jones and casts Cailee Spaeny, Gideon Adlon, Lovie Simone and Zoey Luna as a new coven in over their heads in matters of bedknobs and broomsticks. (Michelle Monaghan and David Duchovny, meanwhile, fill the parental roles.)

The Craft: Legacy is officially billed as a “continuation” of the 1996 (oc)cult classic, which starred Robin Tunney, Fairuza Balk, Neve Campbell and Rachel True as the central witches — and while we don’t know if any of the OG cast will appear in cameos, Balk’s Nancy Downs does show up in the trailer via a Polaroid picture.

Amid the ongoing pandemic — which has essentially canceled Halloween this year — The Craft: Legacy is skipping theaters and will be available on demand Oct. 28. And for anyone worried about the sanctity of the original now that the reboot’s here? Relax, it’s only magic. 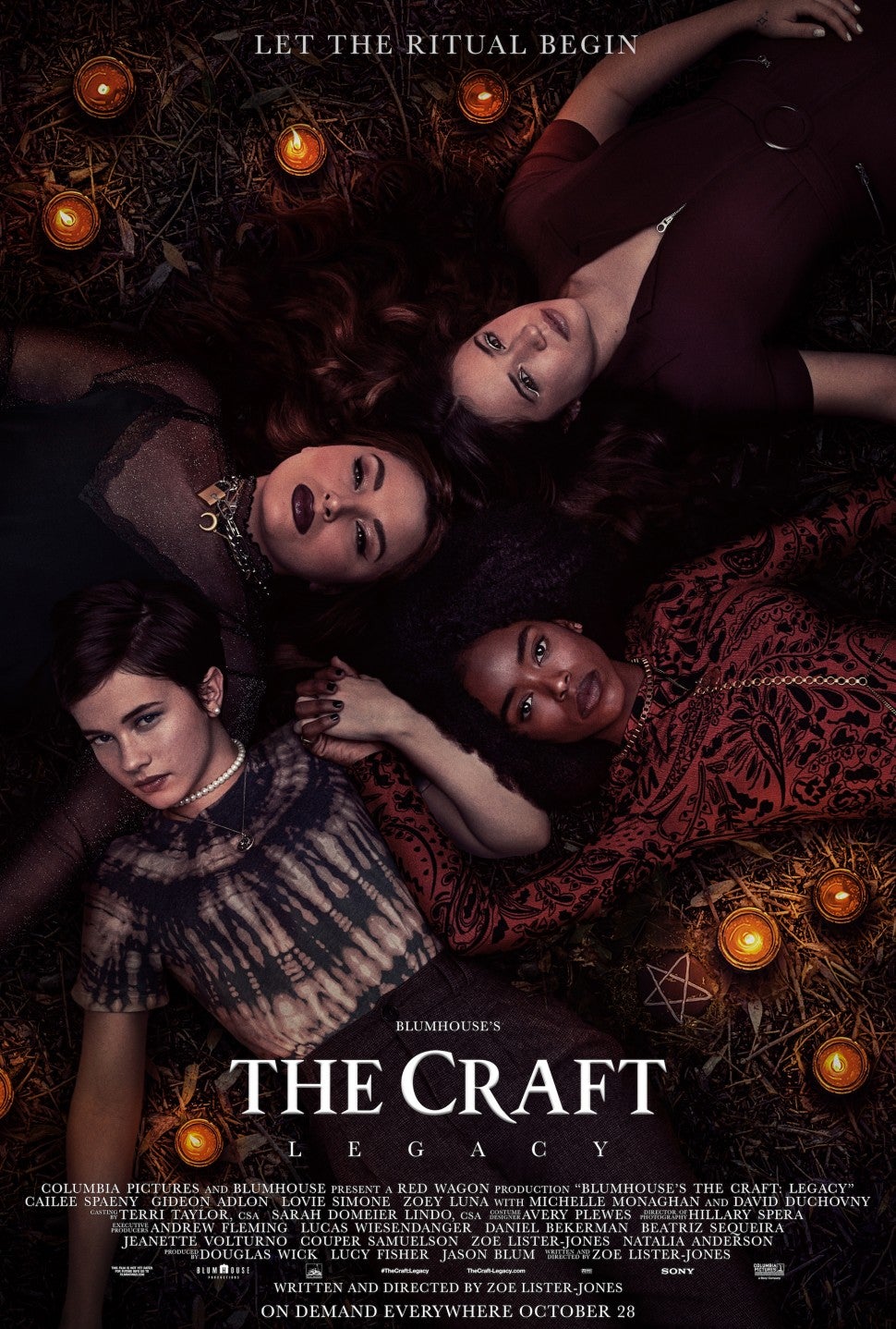