The Crown episode Margaretology is all about Princess Margaret’s (played by Helena Bonham Carter) and Lord Snowdon’s (Ben Daniels) tour around the US. But how much of what was shown in the show actually happened? Express.co.uk has sorted the fact from the fiction in the episode.

The second episode of The Crown season three focused on Princess Margaret’s tour of America back in 1965.

This included a dinner with President Johnson (Clancy Brown) in which she wowed him with her wit.

However, one moment in the episode which really stood out to fans was when she sung with him before planting a kiss on his lips.

Much of what is shown in Margaretology seems to be creative license as not much is known about what happened at the dinner. 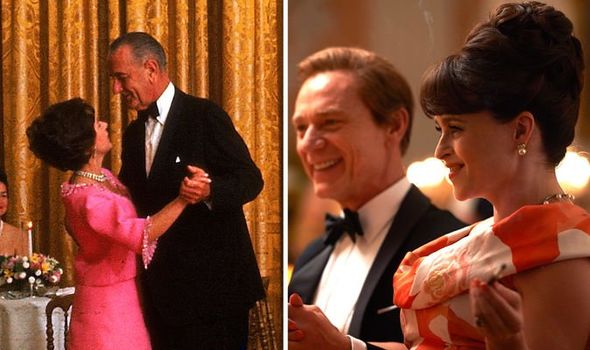 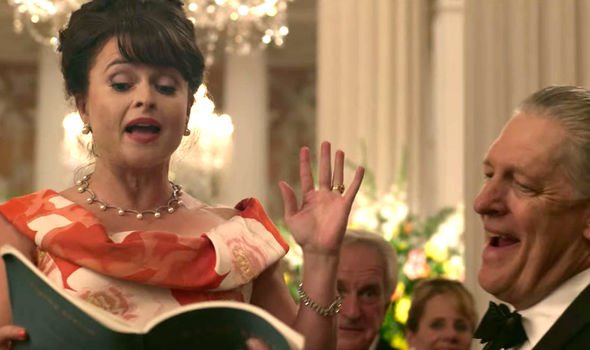 Although in real life, Margaret and Snowdon did attend a party with Johnson on November 17, 1965 and the pair were pictured dancing together.

There is also a possibility Margaret did sing as she was known to be a skilled piano player and vocalist.

According to author Caroline Blackwood, the princess loved singing and often had duets at parties with her friends.

She wrote in the New York Times how on one notable occasion she was invited to a London ball given by Lady Rothermere where she watched Margaret sing Cole Porter songs on stage. 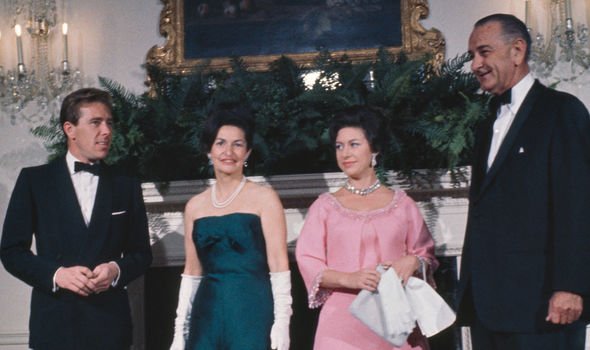 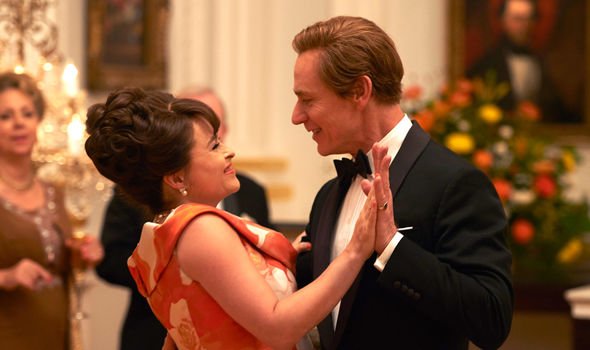 Yes, she is an accomplished singer, having appeared in several musicals over her career.

These include appearing in Tim Burton’s Sweeney Todd in 2007 as well as in the 2012 film adaptation of Les Misérables.

Bonham Carter also recently appeared on a special Children in Need programme where celebrities were invited to cover a number of songs.

She covered Both Sides Now by Joni Mitchell, which appeared on the final album.

However, the actor herself believes she is not a strong singer, according the Daily Mail.

During a speech at the Dilys Powell Award for Excellence in Film at the Critics Circle back in 2013, she said: “I had lots of vocal training for Les Mis but I didn’t improve as much as I thought I would.

She continued: “In Sweeney I had people making me sound better than I am but not for this.”

Bonham Carter added: “I would do another singing role if someone else was foolish enough to employ me but I wouldn’t do a stage musical. I don’t have a strong enough voice.

“Maybe for one night but with singing it’s like any muscle, it doesn’t last.”

The Crown season 3 is available to stream on Netflix.