You might want to cancel any plans you have for Friday, October 5, because one of The Graham Norton Show‘s coolest guests is returning to its famous red sofa.

Graham has embarrassed, entertained and charmed some – if not all – of our most favourite celebrities, but there is one particular guest who has a special place in our chatshow heart.

Yes, one of Hollywood’s most iconic and eccentric actors has, uh… found his way back to the Graham Norton Show studio just in time for the show’s 24th series. 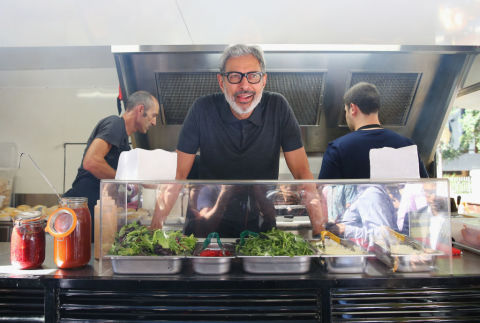 Jeff will be delighting (and possibly even baffling) viewers alongside Johnny English himself Rowan Atkinson, Halloween star Jamie Lee Curtis, Gary Barlow and Imelda May.

But before we get to enjoy that weird and wonderful combination, Graham will be sitting down to chat to A Star Is Born‘s Bradley Cooper and Lady Gaga, the 13th Doctor Jodie Whittaker and Ryan Gosling when the series’ latest run begins next week.

Oh, and Sir Rod Stewart will be popping in too.

If you’re wondering how Graham manages to continually bag some of the best names in the business, it’s because he’s not Piers Morgan. Apparently. 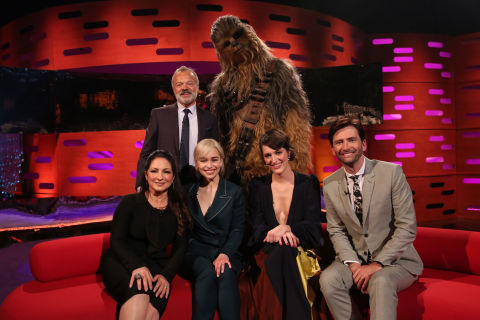 Talking about the chatshow’s success, Graham explained: “In the end, people are revealed not in their answers but in their responses. Ryan Gosling, for instance, really laughing at Greg Davies telling a story – you actually see him.

“A man on a couch laughing like a drain. I prefer that to trying to poke someone with a stick. There’s a place for those kind of interviews, but not on my show. Piers Morgan’s Life Stories, we’re not.”