Home » TV & Movies » The Masked Singer UK spoilers: Who have the judges guessed so far? Full list of theories

The Masked Singer UK returns on Saturday night (January 25) with the latest episode in the hit singing competition where judges and the audience attempt to guess which celebrity is behind the mask. So far on the ITV show, there have been some pretty outlandish guesses, including everyone from the royals to Hollywood stars. Express.co.uk has rounded up all of the guesses made in the series in a handy list for viewers ahead of Saturday night’s episode.

Viewers have been hooked to The Masked Singer on ITV since it first started airing earlier this month.

So far on the show, the Butterfly, the Tree, the Pharaoh and the Chameleon have all been unmasked.

The stars behind them were Patsy Palmer, Teddy Sheringham, Alan Johnson and Justin Hawkins, respectively.

Before all eight of the final contestants perform this weekend, here is everyone who the judges have guessed are behind the masks so far.

Who has been guessed so far on The Masked Singer? 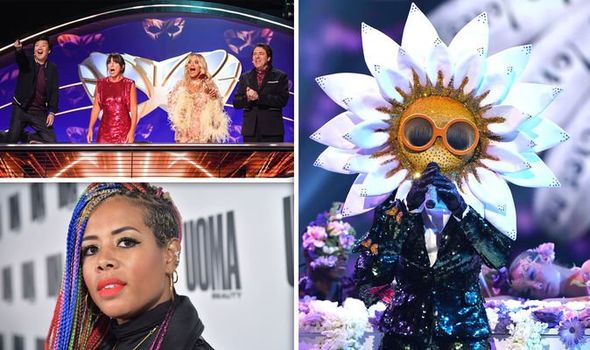 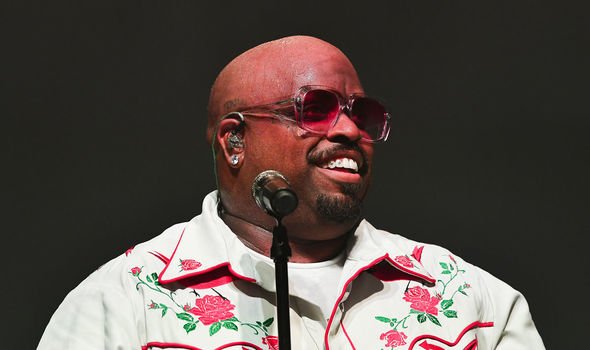 After their first performance on the show, Rita Ora jokingly guessed they could be Ray Winstone.

Other guesses in the first week were All Saints star Melanie Blatt, Paula Radcliffe and Dame Kelly Holmes.

Another name added to the theories after their second performance was Mel C from the Spice Girls, while the others hazarded a guess at Mel C, Emma Bunton and Victoria Beckham.

Rita also told the audiences how it could be Heidi Klum while Jonathan Ross thought Chrissy Teigen.

After their first performance on the show, the judges guessed Beverley Knight, Meghan Markle, Lindsay Lohan and Lulu.

Their second song on the show made the judges guess US singer Kelis, Mary J Blige, Macy Gray, Fleur East and Kate Hudson. 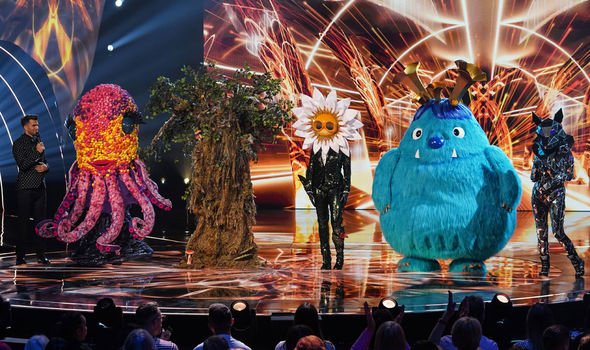 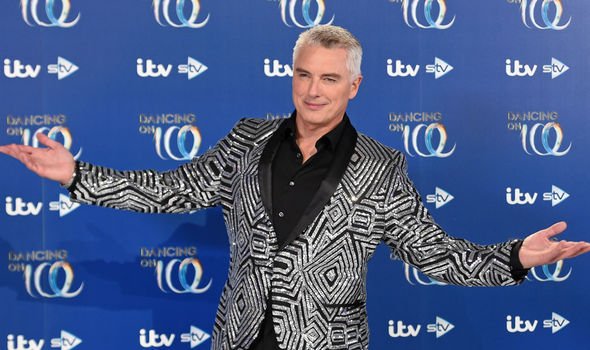 In her second performance, there were more guesses for Kim Wilde, Arlene Phillips, Tamzin Outhwaite and Catherine Zeta-Jones.

Who is Queen Bee?

After their second performance, the judges guessed they could actually be Jesy Nelson from Little Mix, Girls Aloud’s Nadine Coyle, Lady Victoria Hervey or Amal Clooney.

Ken Jeong believes Hedgehog is Eddie Izzard but after his first performance the judges also guessed it could be David Thewlis, Sir Ian McKellen and Jack Whitehall.

After their first performance on the show, the judges guessed the Monster could be CeeLo Green, André 3000, Run-D.M.C., LL Cool J, Jamie Foxx or Elton John.

Rita also guessed Miles Davis, who has actually been dead since 1991.

The guesses from the judges after the Octopus’ first performance they were Cara Delevingne, Jodie Kidd, Tyra Banks or Nicole Scherzinger.

After their first performance on the singing competition, the judges guessed Louie Spence, John Barrowman, Adam Lambert and JC Chasez.

When they came back for week two, Jonathan Ross guessed Peter Andre while the others thought Matthew Morrison, Frankie Grande, Justin Bieber and Neil Patrick-Harris.

The Masked Singer continues on ITV on Saturday at 7pm.