In a world full of conflict, there are still a few things we can agree on: one of them, surely, is the joy of seeing people getting attacked by sharks. 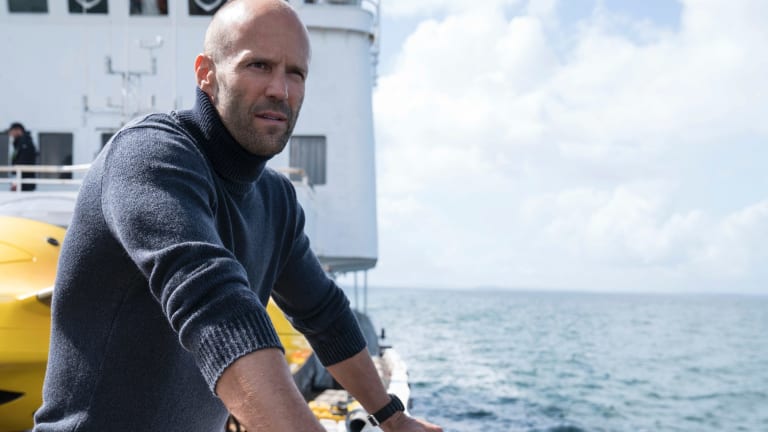 Jason Statham in The Meg.

Everyone I know seemed to be looking forward to The Meg, with its brilliantly idiotic title (short for "megalodon," a long-extinct shark species three or four times the size of a great white), and its irresistible trailer, which used Bobby Darin's finger-snapping Beyond the Sea to set the party mood. What can you laugh at, if you can't laugh at a giant monster rising out the depths and gobbling everyone in sight?

Now The Meg is here, and, unfortunately, it fails to deliver any of the catharsis viewers might be looking for. It isn't aggressively terrible such as the made-for-cable Sharknado, a film designed to be joked about rather than watched. It's just bland and dreary: it has the feeling of a mid-'90s James Cameron knock-off made on a budget requiring the producers to watch their spending on digital effects.

The lack of pizzazz is a little surprising: there isn't anything in the filmography of director Jon Turteltaub that would lead you to expect better, unless there are still fans of Cool Runnings out there, but even a veteran hack is under some obligation to move with the times.

Inspired by a novel by Steve Alten (several screenwriters were involved), the set-up isn't bad. The setting is an underwater research facility financed by an American billionaire (Joel McHale). 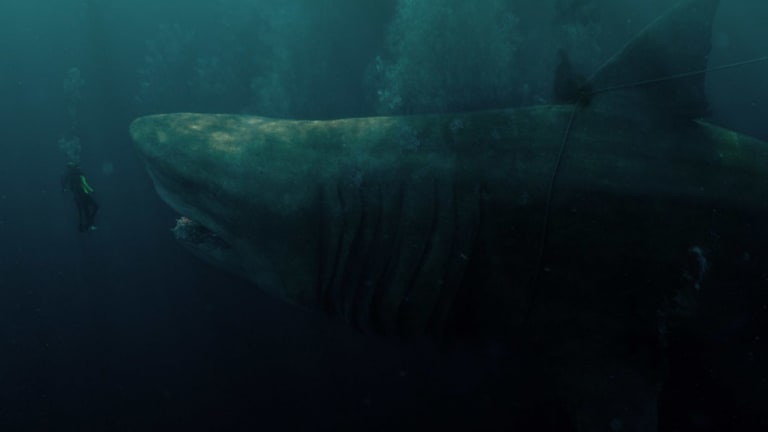 Li Bingbing stars with Jason Statham in The Meg, an action-adventure film about a giant prehistoric shark that emerges from the darkest depths of the ocean.

Here scientists are mounting an expedition to explore the deepest part of the ocean, the Marianas trench, its mysterious bottom layer providing a haven for creatures otherwise extinct.

When their submersible goes missing, the remaining team members seek the help of Jonas (Jason Statham), a rescue diver traumatised by his failure to save the crew of a nuclear submarine years earlier. 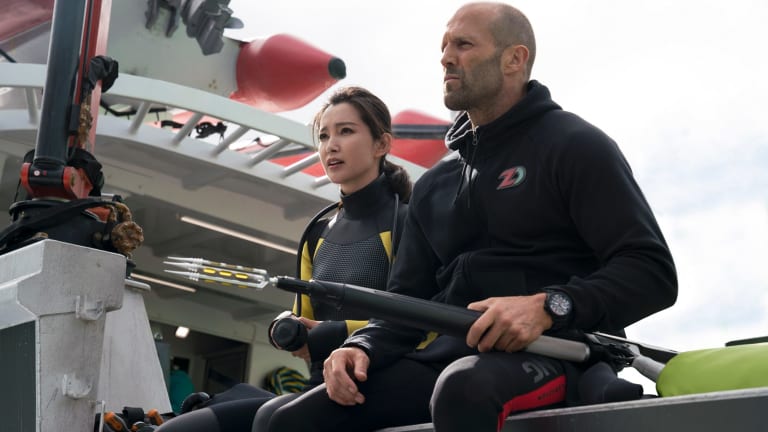 Li Bingbing, seen here with Jason Statham, is a key element in pitching The Meg to a Chinese audience.

It takes a while for the shark attacks to get going in earnest, and there's not much to hold the attention in the meantime, since Statham is the kind of old-school action hero whose "rugged" authenticity is defined by his stern refusal of emotional range.

Not much more conviction is shown by the supporting cast, chosen with an eye to the international market and in a spirit of unabashed sexism: the women are noticeably youthful and good-looking, the men noticeably not.

Least persuasive of all is the romance between Jonas and an oceanographer played by Chinese star Lee Bingbing, abetted by the latter's character's precocious eight-year-old daughter (Shuya Sophia Cal), who wiggles her eyebrows suggestively in what might be the film's most cringeworthy moment.

The carnage, when it comes, is disappointing. A couple of the megalodon's surprise appearances have the desired spectacular impact, but Turtelbaub is evidently held back not just by budget considerations but by the need to score a PG rating in the US.

There are sight gags that almost work, such as an ominous shot of a tiny dog paddling through the water near shore. But even here, Turteltaub flubs the punchline, again, through a lack of necessary ruthlessness.

Underlying The Meg is the idea that quality doesn't matter: aren't monster movies supposed to be cheesy? But this attitude, frankly, is an insulting one. Winking to the audience is one thing, but to maintain a jokey tone and still deliver the required shocks, as Joe Dante did in the original Piranha, or Bong Joon-ho in The Host, takes a good deal of talent and love for the genre.

There's no love in The Meg, no satire, nothing like a personal point of view: even the rote message about humanity's bent for destruction is delivered in a tone that leaves it unclear whether we're meant to take it at face value or as an occasion to hoot.

The movie plays like pure indifferent product: the cinematic equivalent of "clickbait", with just enough of a hook to let it move smoothly from one viewing platform to another.

If there's any sense of menace in The Meg, it lies in the prospect that many more such films may be on the way. All that said, I hope there are bigger opportunities in store for whoever edited the trailer.