The Downton Abbey film is released on Friday and The One Show hosts Matt Baker and Angela Scanlon were keen to find out as much as they could this evening.

They revealed the movie takes place approximately one year after the ITV series ended and sees those at Downton host the King and his family.

Joining the King’s entourage was actress Imelda Staunton, who is married to Jim, and the hosts probed the star about how she landed the role.

When Angela asked how it was working together, Jim explained: “We never worked together, we went in three days together, Imelda…

“I remember, she came into the kitchen one day and said, ‘Oh I’ve been offered this part in this film.’

“I said, ‘Mrs Pattmore doesn’t need another assistant, what can you..?’ And she said, ‘I’m somebody posh, do you mind?’”

Keen to find out more, Matt cheekily asked: “So do you run lines together in bed and stuff like that?”

The cast could be seen chuckling before Jim turned to Matt and sternly told him: “No, no Matt, really!” 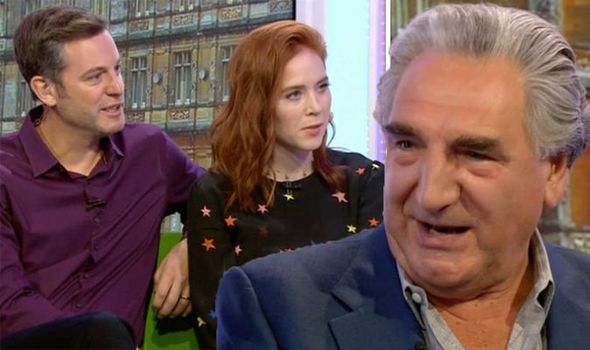 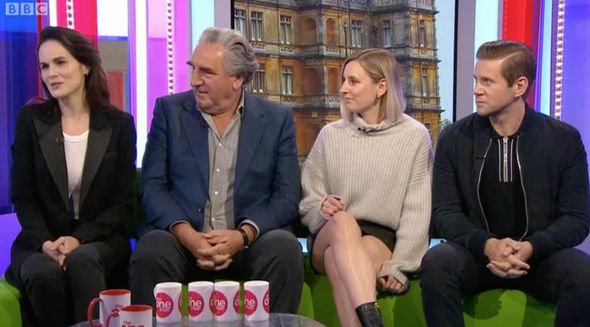 Angela jumped in too, warning her co-host: “Matt it’s a tea time show.”

“It’s the kind of thing I would do with my wife,” Matt hit back laughing.

Jim added: “I never got closer than the dining room table to her in the film. I didn’t even pull out of a chair.”

However, he said it was “lovely” to film alongside her and walking the red carpet together.

Meanwhile, Allen who stars as Branson revealed there was a scene with Michelle and Laura that took forever to film. 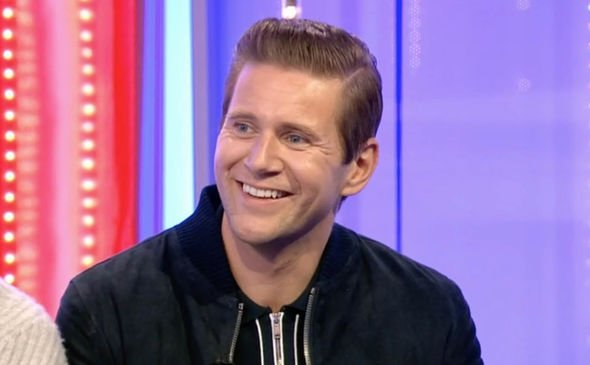 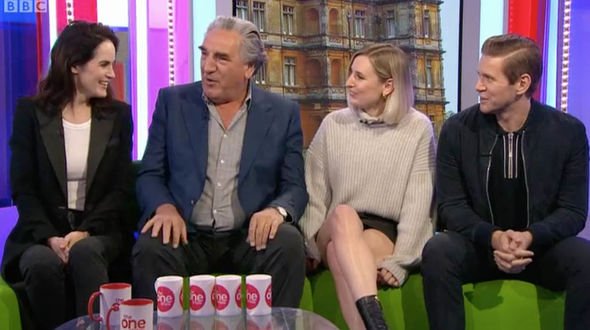 He explained: “We were left alone in the corner and we just got a fit of the giggles.

“We just couldn’t get through it. And then, it just turned into one word which was, or one line I think, which was ‘I think I like her.’

“And then in the film you can just see Laura’s shoulders moving up and down.”

The cast also divulged Dame Maggie Smith enjoyed looking at cat memes when she was tired on set.

The One Show airs weekdays on BBC One at 7pm.