The BBC show, hosted by Alex Jones and Matt Baker, were airing a VT about Storm Helene and Storm Ali, when they mistakenly called Greenock ‘Greenloch’. 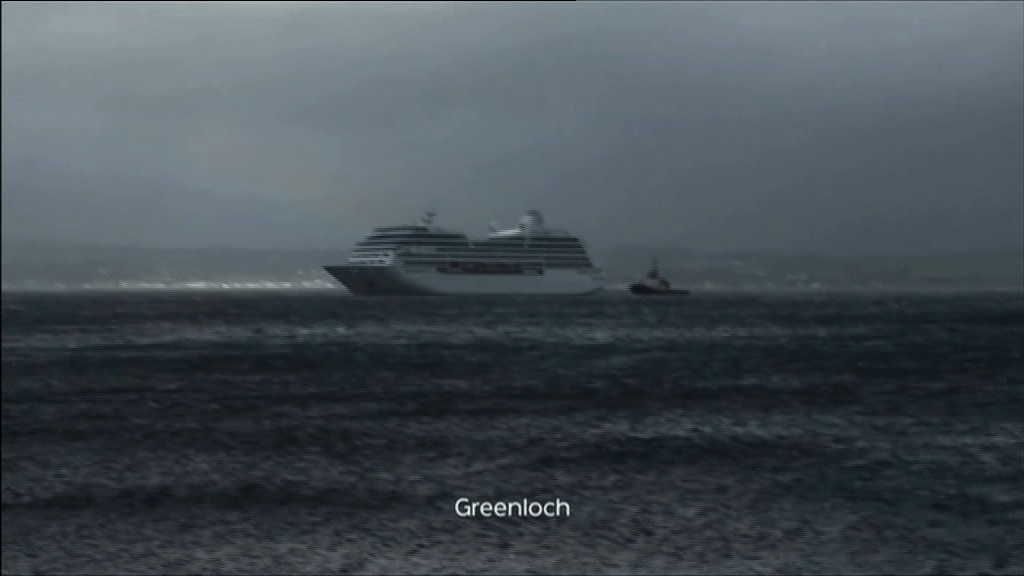 They were discussing a cruise ship, which had slipped its moorings at Greenock Ocean Terminal, when they wrongly named the westcoast town.

Alex and Matt also appeared confused as they discussed what happened, referring to it as Greenloch.

Matt said: “Up in Scotland, up in Greenloch, there was this cruise ship that was moored up and anyway it’s basically drifted away from where it was moored.”

Matt went on to reveal that the power was out on his parent’s farm in Durham.

Those watching the show at home noticed the gaffe and took to Twitter to comment on it.

One person remarked: “Just turned on to the the One Show and they are discussing the bad weather. Next up comes a picture of cruise ship that they say was in Greenloch highlighted on the screen instead of Greenock. #yuocouldnaemakeitup.”

Another tweeted: “30 seconds into the One Show and they've identified Princes Street as Queen Street and Greenock as Greenloch. Well done.”

While someone else added: “@BBCTheOneShow  Must have been a bit of confusion with the Scottish accent on the One Show. Cruise ship broke free in Greenock not Greenloch.”