The Walking Dead viewers are as harsh as the show itself. Almost every episode a member of Michonne’s (played by Danai Gurira) community is killed off by the harrowing group of terrorists: The Whisperers. The renegade organisation have perfected their methods of getting around the zombie-infested world unseen and unheard, allowing them to remain unscathed over the years. However, one recent scene brought out viewers’ criticisms.

Beta (Ryan Hurst) made quite the scene when he arrived on screen earlier this season.

As Alpha’s (Samantha Morton) right-hand man, Beta has had a lot of screen time, and has showcased himself as one of the toughest fighters around.

However it seemed he met his match a few episodes ago, as he was put up against Daryl Dixon (Norman Reedus).

Whilst perusing a nearby building, Daryl bumped into Beta with a number of his Whisperers, forcing a furious battle.

READ MORE: The Walking Dead: How did the virus start? The zombie outbreak explained 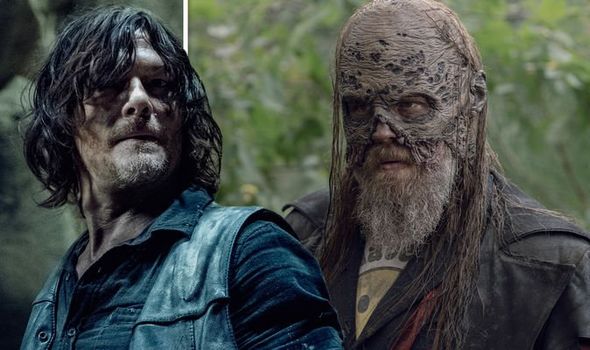 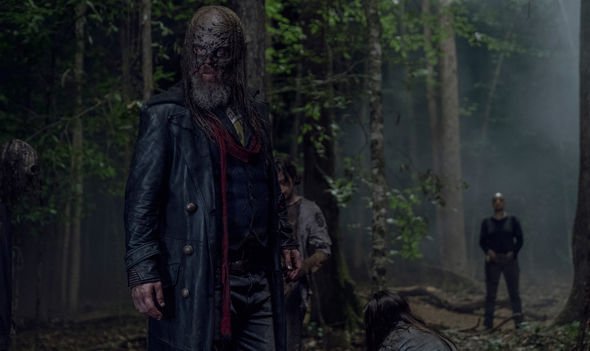 Daryl’s comrades dealt with the Whisperers surrounding him, bringing an intense scene to screens between the members of the community, and the harrowing fake-zombies.

Following this, Beta was in a elevator in the building, which was being controlled by his allies – who were previously killed.

This situation left Beta trapped in the elevator with no way out – and now fans are questioning exactly how the warrior made his way back to camp.

Reddit user UnderRatedLoner asked: “Daryl killed the whisperers that accompanied Beta in the upper level. Then Henry, Connie, and the dog dealt with the rest right? I could be overlooking something.” 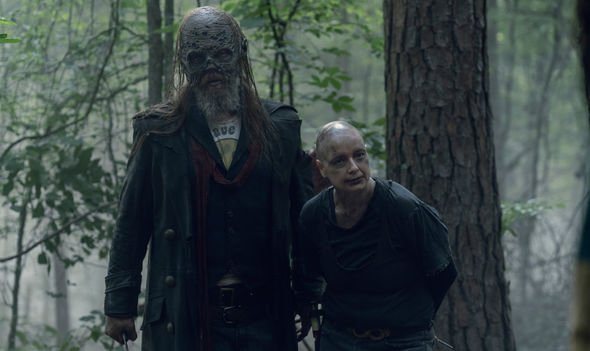 Some viewers suggested the show simply didn’t account for it, saying: “The guy is literally too angry to die. He probably punched his way out of the shaft and went along with his day.”

Another jokingly added that Beta somehow made his way out of the building using a Jedi-like “force jump”.

However there were some serious suggestions in the comments, as one said: “Wasn’t there a ‘cable’ to hold the elevator? He could have climbed it.”

Another pointed out Alpha probably would have noticed Beta was missing, and surely opted to send a group of Whisperers out to find him.

They wrote: “Alpha probably sent out a search team for him and they got him out.”

It is as of yet unknown how Beta returned to his base unscathed, but fans are surely not going to let this situation go any time soon.

Recently, the latest trailer for the next episode of The Walking Dead was posted by AMC, and seemed to hint Connie (Lauren Ridloff) could be in danger.

The trailer itself shows a number of characters in particularly fast cuts, leaving a lot to be determined by the viewers.

But all of Connie’s scenes seem to look exactly the same, leading to viewers’ fears she will be killed off sooner rather than later.

One fan wrote: “We do have some footage of Connie, but everything is still with her in the cave.

“I’m really looking for footage with her in any other place other than the cave, in Alexandria, the Hilltop, anything.”

The Walking Dead returns to AMC on February 24, and the next day on Fox UK.