Trouble is brewing on The Walking Dead, as Rick and Maggie look set to clash.

In a new teaser trailer for the upcoming ninth season of the AMC hit, Maggie makes her concerns about Rick very clear, telling him: “You told me you’d be the one following me. But you didn’t. That changes now.”

Elsewhere, Maggie faces an attempt on her life as somebody attacks her with a knife, and Michonne can be seen holding Lucille, the baseball bat weapon associated with Negan.

You can watch the new promo below:

“Eight years is a really long time to be in those emotional depths,” Lauren Cohan said recently, explaining why she is moving on from her role as Maggie.

“It’s really fun for me because I never thought about drama as much when I started this career and I always kind of assumed I’d do like, light fare.”

At Comic-Con earlier this summer, Rick actor Andrew Lincoln confirmed season nine will be his last. 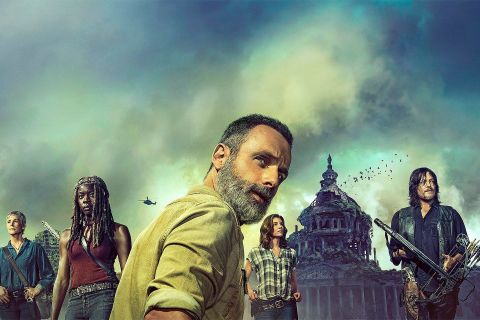 Last week, the show released a set of first-look photos that may offer a preview of what life will be like on the AMC series once Andrew Lincoln and Lauren Cohan depart their long-running lead roles later in the season.

The Walking Dead returns on October 7 on AMC in the US and then the following night (October 8) on FOX and NOW TV in the UK.