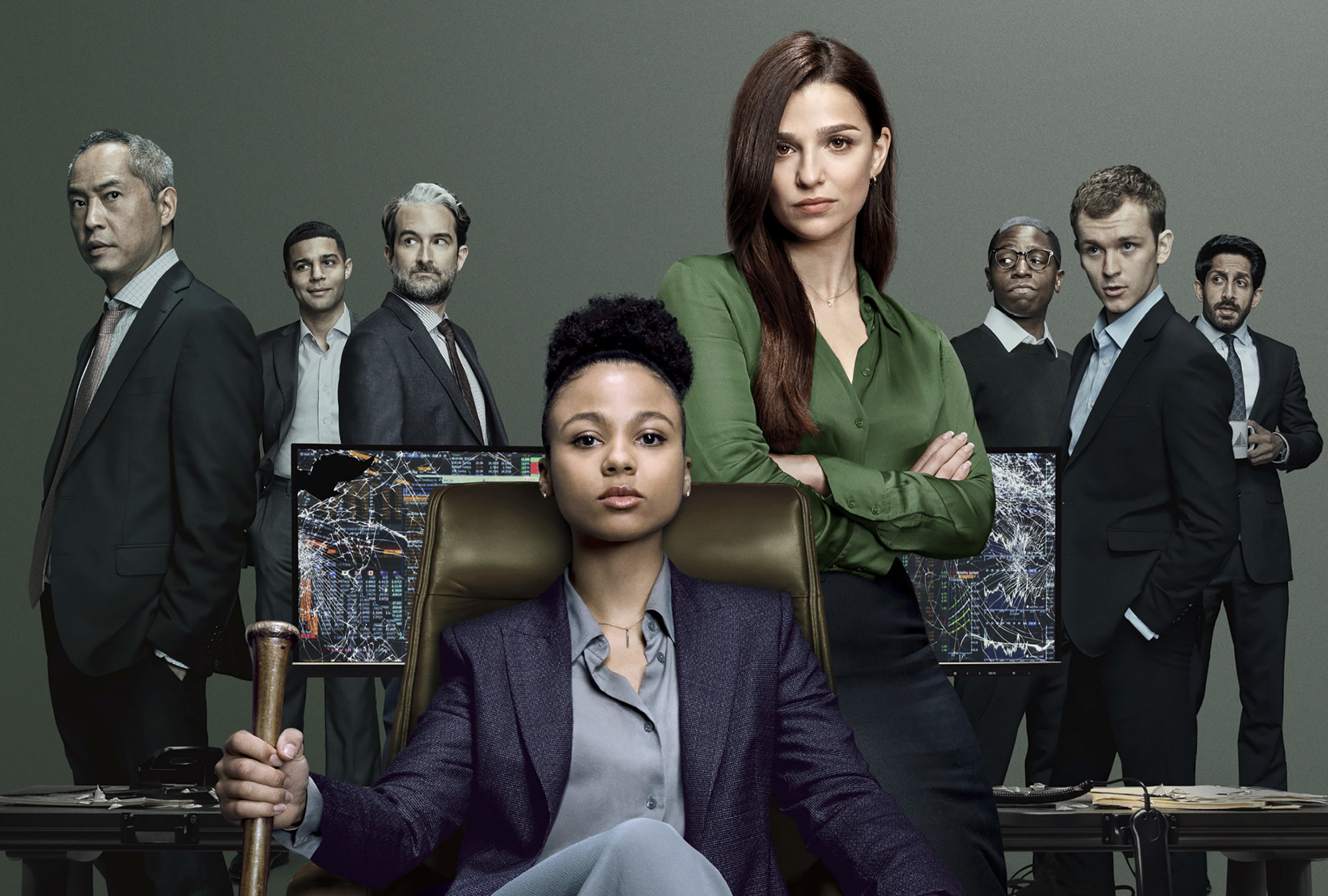 Industry creators Konrad Kay and Mickey Down have teased plans for season 3 and as season 2 drops on BBC iPlayer.

The series received rave reviews for its first outing, which follows the goings on of new graduates thrust into the world of banking at the company Pierpoint.

After season one aired on BBC iPlayer, as well as on HBO in America, deep in the 2020 lockdown, fans will be delighted to see the aftermath of a pretty scandalous finale played out in season two.

The last episode in season one saw the graduates compete for a limited number of available full-time employment opportunities, with some faring better than others.

Friendships were tested too when Yasmin Kara-Hanani (Marisa Abela) and Harper Stern (Myha’La Herrold) were torn apart following a shock decision from the latter to defend her boss Eric Tao (Ken Leong) after a very contentious exchange in the workplace.

However, with much more drama to come, and a wealth of new characters introduced into the fold, it seems there’s only more to come in the future.

Creators and writers Mickey and Konrad expressed their love for the series so far, and are more than up for keeping it going for the long-run.

When quizzed about a possible season three, Mickey told Metro.co.uk: ’We’d love to do season three, but that’s out of our control.

‘We have ideas for it, we’ve started trying to put it together. We love these characters, love writing, and we feel like we’re in our stride on the show.’

Jumping in, Konrad added: ‘Given the age of the characters and the calibre of the cast, and given the fact that Mickey and I still feel we have a lot of stories, we would do the show for as long as it allows us, to be honest.

‘We do feel – I mean, it’s not for us to say – confident that the show is stepped up between season one and season two.’

He went on to reveal he has faith in that they could ‘take it up another step again’ if asked to do a season three.

‘We basically want to continue writing these characters as they grow into their 20s for as long as we can.

‘Again to do anything for HBO has an enormous privilege, so if they let us do it again, we’ll throw ourselves at it 100% and do it all over again.’

Meanwhile, fellow writer and executive producer Jami O’Brien, who was brought on board for season two, admitted she wasn’t initially sold on the idea of joining the team.

She explained: ‘When I first interviewed with these guys, season one hadn’t come out yet, but it had been made. HBO, who I have a relationship with asked me if I was interested in meeting these guys. I said, “Sure, let me watch the show, send me some episodes.” They sent me the first four of season one but I really knew nothing about it.

But she was quickly swayed after being sent the first four episodes and realising it was ‘much more’ than that.

’It just consistently surprised me over and over and over again,’ Jamie told us. ‘I loved the writing and I loved the cast and the characters. I loved the relationship between Harper and Eric, I thought that was really interesting. I’d never seen anything quite like it.

‘The relationship between Harper and Yasmin too, I mean, again, when I first saw Yasmin, I was like, “Oh, okay, this is a rich kid, I’m not going to like this character,” but I loved her. The show’s ability to surprise, I think is really special about it, and that was what got me excited to meet with these guys.’

Industry is available to watch on BBC iPlayer.