Let’s get this out of the way: This was the worst-ever Thanksgiving weekend for adult specialized titles (other than 2020, when major city theaters were still mostly closed). We saw weak results nearly across the board on a holiday that’s often used to expand (“Three Billboards Outside Ebbing, Missouri,” “Green Book”) or platform (“The Favourite”).

Results usually range from good to strong, enhancing their awards profiles. This year, “The Fabelmans” (Universal) jumped from four theaters to 638 and grossed $2.2 million for three days ($3.1 million for the five days), for a per-theater average just below $3,500. Only Laura Poitras’ acclaimed documentary “All the Beauty and the Bloodshed” (Neon) stood out among limited debuts.

It’s been mostly downhill for specialized films since the early October green shoots of “TÁR” (Focus), “Till” (United Artists), and “Triangle of Sadness” (Neon). Credit to Neon for capitalizing on very strong reviews (89 Metacritic) to boost “All the Beauty” and its detailed exposure of the opioid crisis and photographer Nan Goldin’s role in exposing its impact. Its initial three-theater take of $33,000 ($42,500 for five days) stands out among recent documentaries. Along with its critical response, this should launch it as a major awards contender.

The core older audience was likely a big part of the strong response to “Glass Onion: A Knives Out Mystery” (Netflix). Grosses were unreported but estimated to be around $12.5 million for five days. As a sequel to a sleeper comedy box-office hit, with 696 theaters playing for one week as an advance preview rather than a normal run, it’s hardly specialized. But it did provide competition for other struggling films that are counting on similar audiences.

Its initial dates were more ordinary than standout, so the flat reaction to the initial expansion of “The Fabelmans” is no surprise. By comparison, “Green Book” in 2018 expanded for the holiday and did $5.5 million for Friday-Sunday with ticket prices around 75 percent of today’s prices. Of note: “Green Book” rose 3 percent from Friday to Saturday, while “Fabelmans” fell 7 percent.

“Green Book” played at nearly 400 more theaters (which decreased per-theater averages) and had a PTA of $5,175 for three days. It sustained a run through Christmas and then did even better in the prime early-year awards period. Spielberg’s film lacks the momentum to replicate that.

All this reinforces two things. Anecdotally, the “Fabelmans” audience is quite old (60+ reported to be dominant at most showings); like many other films, it’s hurt by the reluctance of adults to attend movie showings. Despite clear signs that many people are quite moved by the film, word of mouth isn’t enough to interest a wider audience. If it does, it may need to wait until it reaches home viewing (reports have circulated it will have a mid-December PVOD date).

Give credit to “Fabelmans” for grossing about the same for the three-day weekend as Luca Guadagnino’s “Bones and All” (United Artists) in far fewer theaters. The expansion of the Timothée Chalamet-starring cannibal romance managed only $2.2 million (an $809 per-theater average), with a clear drop from relatively better initial results. (It was about $200,000 better than “Fabelmans” on Wednesday and Thursday.) 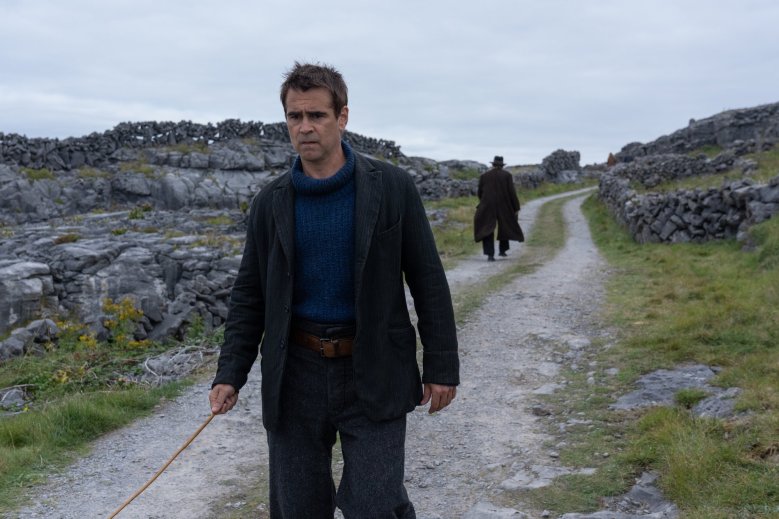 “The Banshees of Inisherin”

Another sign of the drop-off in appeal for key contenders is the lackluster showing for “The Banshees of Inisherin” (Searchlight). In 402 theaters over the three days, it grossed $339,000. With all grosses declining ahead, it now looks like reaching $10 million will difficult, particularly with likely PVOD play next month. In past years, well-reviewed awards contenders like this routinely ended up with $30 million-$50 million ultimate domestic grosses. Even “The Fabelmans” looks like it might not reach $20 million.

As is now the norm, multiple important films don’t have reported grosses, including the qualifying run of “The Son” (Sony Pictures Classics), “Nanny” (Amazon), and Netflix’s “Lady Chatterly’s Lover,” and Netflix’s ongoing runs of  “Pinocchio” and “Bardo.”

Films (limited, expansions of limited, as well as awards-oriented releases) are listed by week in release, starting with those opened this week:

All the Beauty and the Bloodshed (Neon) NEW – Metacritic: 89; Festivals include: Venice, Toronto, New York 2022

Bones and All (United Artists) Week 2

Meet Me in the Bathroom (Utopia) – Week 4

The Banshees of Inisherin (Searchlight) Week 6   812