Filming for This Is Us season 3 is now well underway and it already looks like we’re going to be getting fresh insights into the characters’ lives.

Creator and writer Dan Fogelman has teased us by tweeting a five-second clip of actor Milo Ventimiglia filming as Jack Pearson and he’s looking a little different.

Milo is shown in full combat gear and holding a gun while he sits in a moving vehicle, with Jack clearly looking out for threats.

Knowing he’ll be getting fans properly excited for the new season, Dan captioned the video with a simple “Yep”.

Showrunner Isaac Aptaker has revealed that the new season will “pick up on our Big Three’s birthday” with Randall, Kate and Kevin all turning 38.

“We teased a lot of where we’re going at the end of our season last year, when we saw Kevin going on an airplane with Beth’s cousin Zoe to Vietnam,” he said. “We saw Toby in the throes of a depressive episode. Our storylines are going to catch up to all of those moments over the course of this year.” 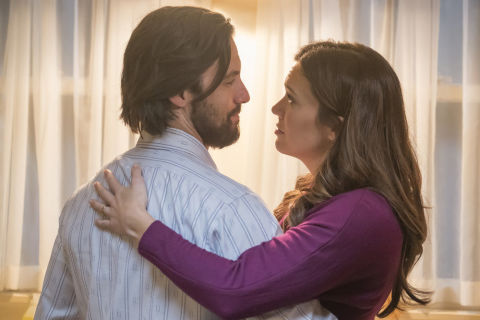 The Vietnam storyline will also introduce us to an adult version of Jack’s little brother Nicky, who will be played by Will & Grace star Michael Angarano.

Season three will premiere on Tuesday, September 25 on NBC.