Home » TV & Movies » This Morning's Phillip Schofield reunites with Going Live! stars Trevor and Simon – and they did the swinging pants dance

This Morning viewers were treated to a big dose of nostalgia today (October 11) as Phillip Schofield reunited with two big Going Live! co-stars.

And we got an extra treat as they also did the classic Going Live! ‘Swing Your Pants’ routine with Phil – and even Holly joined in. 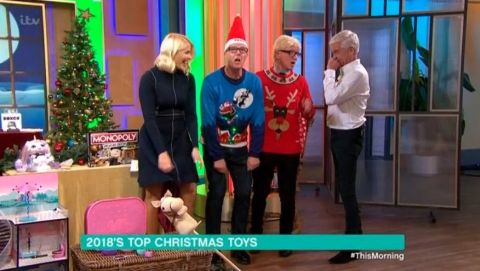 Viewers at home were absolutely loving the nostalgia:

Meanwhile, earlier this week This Morning welcomed Strictly Come Dancing judge Shirley Ballas on the show, where she spoke about the Seann Walsh and Katya Jones scandal.

“I shall go out on Saturday with everybody enjoying the show and be ready to see the dancing, judging without fear or favour,” she said.

“Things happen all the time in every industry,” she added of the ‘Strictly curse’. 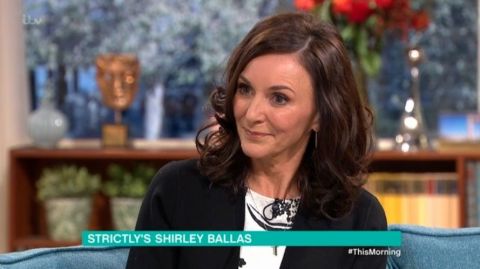 “I feel Strictly, or any show that’s on the television, it’s in the public eye and it gets a little more attention. I don’t think it’s just because of Strictly.”

Talking about the moment she learned about Seann and Katya’s kiss, Shirley continued: “I’m not a newspaper reader so I’m always the last to know anything that’s going on.”