In every one of the six Tom Cruise films released in the past four years, our hero has found himself in trouble on an aeroplane. In this month's Mission: Impossible – Fallout, he leaps out of one at 25,000ft, and in its immediate predecessor, Rogue Nation, clung to an Airbus's hull during take-off. Jack Reacher: Never Go Back featured a fight on a passenger jet; The Mummy had an anti-gravity nosedive. Edge of Tomorrow saw Cruise bailing out of an exploding gunship, then twisting through the sky on the end of a zip line. And the drug-smuggling thriller American Made was almost nothing but airborne derring-do: its standout sequence involved Cruise crash-landing a cocaine-packed Piper Aerostar on a suburban avenue in order to evade US Customs. 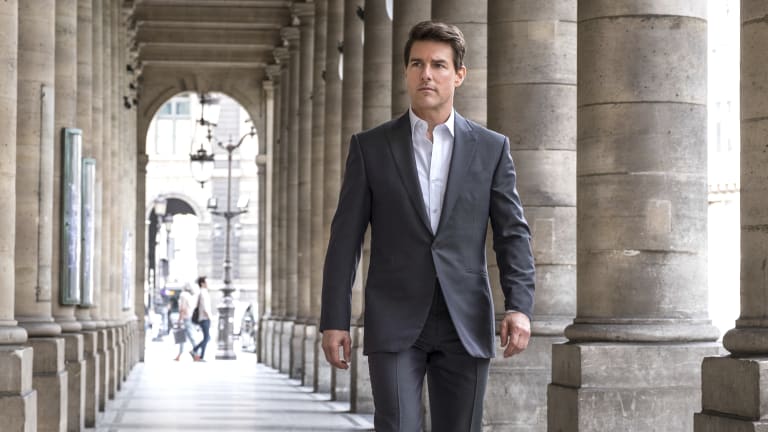 Tom Cruise in a scene from Mission: Impossible – Fallout.

Plane craziness has become a Cruise trademark; at least two of the scenes above – those in Mission: Impossible – were the actor's idea in the first place, according to the films' director Christopher McQuarrie and stunt coordinator Wade Eastwood. You could put it down to his personal brand: he is, after all, an actor whose stardom was minted in the cockpit of an F-14, in Tony Scott's Top Gun, and who has himself held a pilot's licence since 1994. Yet, in the two decades between Top Gun and the third Mission: Impossible film – Cruise's "respectable" phase, with its three Oscar nominations and string of collaborations with Martin Scorsese, Brian De Palma, Steven Spielberg, Michael Mann and Stanley Kubrick – his characters' feet hardly left the ground. The plane fixation is a recent thing, and clearly personal. So what, exactly, is going on? 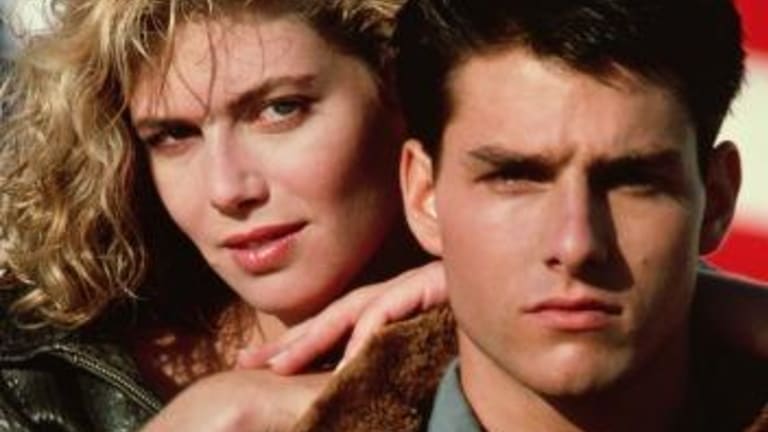 A possible explanation lies in Sigmund Freud, and it's precisely the one you might think. "Freud wrote about dreams and fantasies of flight on at least two occasions, and in both instances he arrived at the same conclusion," writes Rutgers psychology professor Daniel Ogilvie in his 2003 book Fantasies of Flight. "Images of flight in dreams and in daytime fantasies are to be understood as deflected expressions of sexual impulses… Sexual instincts, of course, would prefer more direct outlets. But when anxiety gets in the way, or when a person is confused about the raw nature of his or her desires, fantasies of floating above the ground or soaring through space provide at least partial release of primitive forces."

Now, Freud may not be the ideal lens through which to scrutinise every film star's career. But considering Cruise's other recent signature stunt has been clambering up enormous, ahem, columnar structures – pillars of Utah rock, the Burj Khalifa skyscraper – it would be hard to argue he's an unreasonable test case. The statistics bear it out: this absurdly handsome actor last played a romantic lead 17 years ago, in the science-fiction thriller Vanilla Sky. Since then, he has flirted with Cameron Diaz on a red motorcycle in the action comedy Knight and Day, and saved the world alongside various action-movie damsels. But the age of Tom Cruise as a sex symbol – as seen in Risky Business, Cocktail, Far and Away, Eyes Wide Shut – is long gone.

It's not hard to pinpoint when and where the flame spluttered out: May 2005, when he jumped on Oprah Winfrey's sofa, during an interview for War of the Worlds that became a grand unveiling of his then-girlfriend, and now ex-wife, Katie Holmes. As Amy Nicholson, the author of Tom Cruise: Anatomy of an Actor, has noted, had he jumped a few months earlier, its effect wouldn't have been nearly as ruinous. In early 2005, pop culture was undergoing a wrenching shift. The week before Cruise's Oprah appearance, YouTube published its first video – some guy at the zoo, talking about elephants – and the arrival of streaming video, along with a boom in showbusiness gossip sites, meant that if anything weird involving celebrities was caught on camera, it could find its way into the cultural bloodstream fast and unmediated. And the Oprah incident passed the weirdness test.

Many other factors were in play, not least Cruise's contentious comments about psychiatry and antidepressants a month later, and his decision to replace his shrewd long-time publicist Pat Kingsley with his sister, Lee Anne DeVette, apparently due to his wish to speak more openly about his involvement with the Church of Scientology. But effectively, a single talk show episode had destabilised two decades of stardom. And after the box-office disappointment of Mission: Impossible III the following year, Paramount broke off the actor's production deal. The commercial failure of his political drama Lions for Lambs the year after that seemed to suggest there was no way back.

So here is what he did. Meme culture – the viral spread of (usually humorous) images, videos and phrases online – had undone Cruise's career. To fight back, he turned himself into a meme: the eccentric film star who doesn't know when to stop. His first post-sofa role was an extraordinarily odd choice: in the Ben Stiller comedy Tropic Thunder, he played the toxic Hollywood executive Les Grossman under a welter of prosthetics. The part hardly played to his strengths – Cruise is no comedian. But its extreme tastelessness and craziness had viral appeal. The same applied to his against-type turn as a famous rock star in the musical Rock of Ages: the only interesting thing about the performance is the oddness of it being Cruise who is giving it. His famously lengthy red carpet meet-and-greets evolved into a general determination to go further than anyone else in the name of entertainment.

Hence the aeroplanes. As completely asexual demonstrations of movie-star potency go, they're just about perfect, and have a viral currency that lives outside whatever film they appear in, whether it's a smash or a dud. Cruise may have just turned 56, but you can't watch these scenes without thinking he's still got it.

Hence the current status of Cruise's career. Since audiences can't see him as anyone other than Tom Cruise for the time being, he's decided to run with it. For those of us who'd love to see him take on a meatier dramatic role again, the wait might be a long one. For now, Cruise only cares about his chemistry with one person: you.