Just to get you up to speed, because we have a sudden and undeniable need for speed, Top Gun: Maverick is the sequel to the 1986 military drama Top Gun.

The first film followed the adventures of Pete Mitchell and Nick Bradshaw, although you may know them better by their Navy call signs: Maverick and Goose.

Paramount could have called the sequel Top Guns – plural – which was the original title of the first film before it was changed. But Tom Cruise revealed in 2017 that the second film would be named after his character. Why no Goose in that movie title? Check out our casting news below… 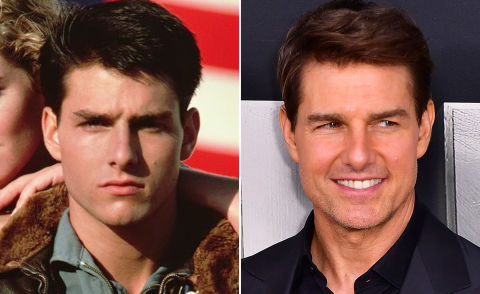 Paramount Pictures had given the blockbuster a release date of July 12, 2019 in the US, meaning it will arrive in cinemas more than 33 years after the original.

Unfortunately, the sequel has since been delayed an entire year and is now scheduled to hit cinemas on June 26, 2020.

Paramount said the extra time will give filmmakers the opportunity to work out the logistics of presenting flight sequences with new technology and planes.

Top Gun 2 – is Tom Cruise back in the Aviators as Maverick?

It’s been more than 30 years since they faced off to be the best of the best, battling for the title of ‘Top Gun’ at the US Navy Fighter Weapons School in Miramar, San Diego. But Top Gun 2 will definitely see rivals Maverick (Cruise) and Iceman (Val Kilmer) reunite.

At one point Kilmer seemed to confirm that there would be a role for the otherwise retired Gene Hackman in the sequel. Unfortunately, that turned out to be a spot of dream casting and was quickly retracted (although it did at least give him an excellent excuse to crack an “I jumped the Top Gun” joke).

Those fans who believe you can’t have Maverick without Goose would have been heartened by Edwards’ Twitter campaign, which called for his character to be a part of the sequel. “Just because I’m dead doesn’t mean I can’t be in the sequel. I have two words for you: Ghost Goose,” he told The Late Show with Stephen Colbert. Sadly, he’s still missing in action. 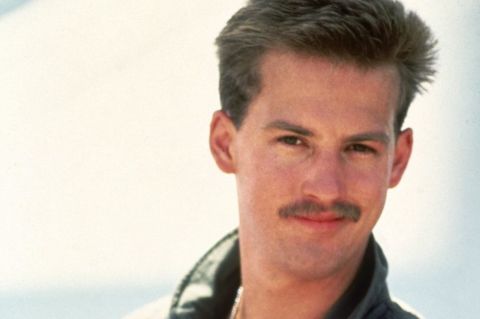 His son, though, will be showing up. Miles Teller (Whiplash, Fantastic Four, Only the Brave) will play Maverick’s new co-pilot, reports Variety. Nicholas Hoult, Glen Powell and Teller had reportedly been the front runners for the role.

Powell (The Expendables 3, Sand Castle) has since landed a different role in Top Gun: Maverick. We’d like to think it’s because the producers liked his gag when he found out he’d lost the role of Goose’s son to Teller.

The official line is that Powell and Teller both flew to Tom Cruise’s home in Clearwater, Florida to test for the role of Goose’s son and Cruise and the other producers were so impressed with Powell they decided to offer him another role.

Another Goose-sized question is whether Kelly McGillis will return as Charlie Blackwood. Her role as a flight school teacher is made slightly redundant as that’s now the position Maverick fills. However, she was also Cruise’s love interest, so we’d have liked a cameo at the very least. Reports suggested she was still at home as filming on the sequel commenced, suggesting she won’t play a part.

Will Jennifer Connelly play the love interest in the Top Gun sequel? THR reported she was in early talks to play the film’s female lead : a single mother who runs a local bar near the Navy base. 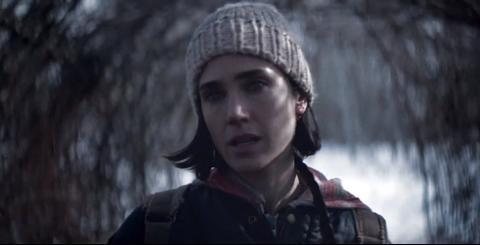 Two people we can confirm will be in the sequel are Jon Hamm and Ed Harris, although details on their roles are being kept a mystery. We’d love to see Harris as a crotchety elder vice admiral and maybe Hamm could start a shared universe with The A-Team and reprise his role as shady CIA agent Lynch.

They’re joined by Lewis Pullman (son of actor Bill Pullman), whose role has also yet to be confirmed.

The death of Top Gun director Tony Scott in August 2012 stalled any progress on the project, leading to speculation that the movie might be scrapped entirely. A new name would have to step forward if the film was to go ahead.

Back when Kilmer was suggesting Hackman may star, he also namechecked Francis Ford Coppola as a possible director. The tease! That wasn’t to be, and Cruise confirmed Joseph Kosinski was taking the reins in 2017. 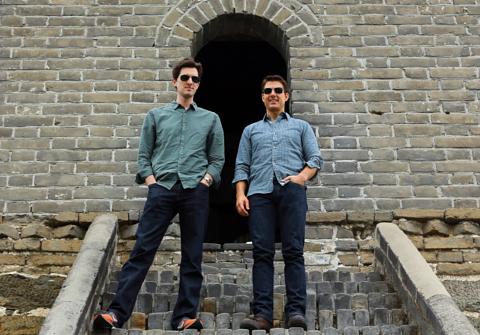 Kosinski only has three features to his name so far: Tron: Legacy, Cruise sci-fi flick Oblivion and Only the Brave. He’ll be working from a screenplay written by Peter Craig, Justin Marks, Ashley Edward Miller and Zack Stentz.

The fist-pumping first movie saw the American pilots flip the bird at those pesky Russians, echoing the cold war vibe of the ’80s.

The world moved on… but now it’s seemingly moved back again, with Russian and American relations frosty once more. Could there be aerial combat between these two nations again?

What we do know is that the plot will likely be an ode to the end of the days of dogfighting as drone warfare takes over. This idea dates back to original Top Gun director Tony Scott, who said: “This world fascinated me, because it’s so different from what it was originally. But I don’t want to do a remake. I don’t want to do a reinvention. I want to do a new movie.”

Fans can still expect to see a lot of “appropriate” action, though, according to Kosinski: “I certainly want to recreate the experience of that movie, which gives you a front-seat into the world of naval aviation and what it’s like to be in a fighter jet.” 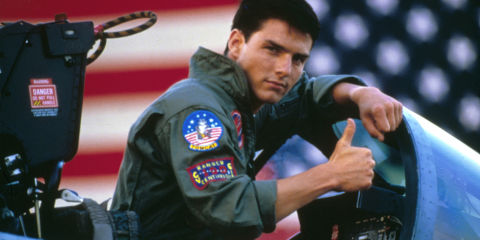 It’s been a long road to Top Gun: Maverick, but the cast and crew has consistently talked about their love of the first film and their belief that a sequel would be a good thing.

Cruise initially admitted “it would be fun getting into those jets. I want to get in those jets!” before confirming that Jerry Bruckheimer was still on board. Then Bruckheimer did the same in reverse, confirming that Cruise was excited to make the long-delayed film: “We’re at a point right now where everybody wants to make it.”

Then in 2014 Cruise said the pair were busy collaborating on a sequel script (“Jerry and I, we’re working on it. If we can figure it out, it’ll be a lot of fun”), before suggesting he would only do the film if he could fly the jets for real.

“I’d like to fly those jets again, but we got to do all the jets practical, no CGI on the jets,” he said. “I’m saying right now, no CGI on the jets. If we can figure all that out, and the Department of Defence will allow us to do it, that would be fun.”

We’re not sure if Cruise himself is flying for real but given that he’s tweeted a hint that filming has started, maybe he’s got his wings. He learned to fly a helicopter for Mission Impossible: Fallout, so anything’s possible.

Wavy.com also reported that filming for the sequel will include the Norfolk-based aircraft carrier USS Abraham Lincoln and the Carrier Air Wing Seven.

A 15-person crew from Bruckheimer Films and Paramount shot aboard the USS Abraham Lincoln for a few days until late August 2018, capturing flight deck operations and footage of F/A-18 take offs and landings.

This seems to have been B-roll footage that will be used to set the location in the film rather than specific scripted material, as none of the actors were aboard the aircraft carrier for the shoot.

Top Gun 2 music – are we on the highway to the ‘Danger Zone’?

A big part of the success of Top Gun was its killer ’80s soundtrack. Harold Faltermeyer is reportedly returning as composer for the sequel but the more pressing question concerns Kenny Loggins’ availability.

Happily, it seems Top Gun 2 will feature a new version of ‘Danger Zone’. To spice things up, Loggins has suggested he could jam with a younger group.

“I’m hoping to do it maybe as a duet with a young act. I met Tom Cruise on [The Tonight Show Starring Jimmy] Fallon and I asked him that question and he said, ‘Of course. We have to use Danger Zone’,” Loggins said.

“We have some feelers out to some pretty cool rock acts. We’ll reinvent the song, to a point. That’s what I’m hoping to do.” 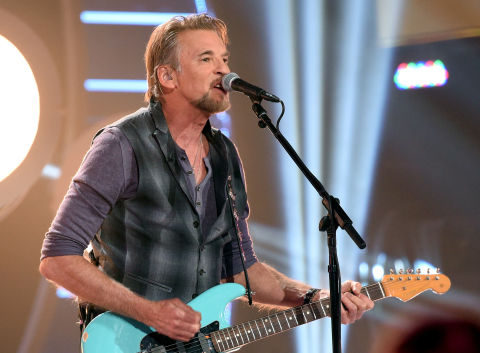 With production only recently underway, there’s no trailer to speak of yet.

Before the delay, we might have expected one to appear in November or December 2018 but the new release date in June 2020 has thrown that into serious doubt.

Feast on the music videos for ‘Take My Breath Away’ and ‘Danger Zone’ to get yourself in the mood while we wait.