TOWIE's Ella Rae Wise and Chloe Brockett showed it was back to business as usual as they were seen having a heated argument during filming for the show.

The former best pals confirmed they haven't solved their problems as they met on a park bench. 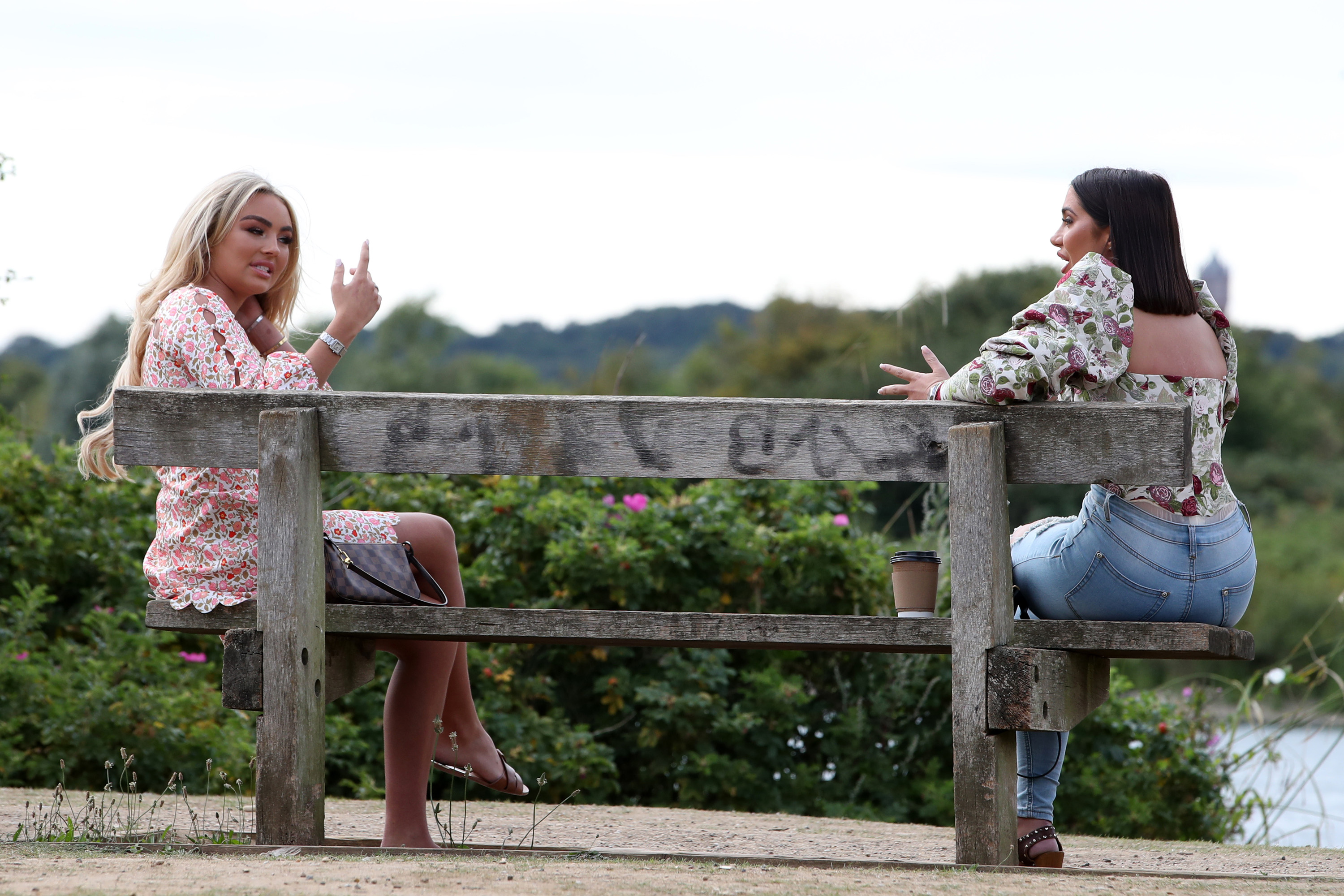 Both girls looked livid as they sat opposite one another – although with a socially distanced space between them.

And from the gesturing taking place, the exchange between the two appeared far from pleasant.

Their argument came to a swift close when 20-year-old Ella stormed off and walked away.

Leaving Chloe, 19, with only her phone and cup of coffee for company. 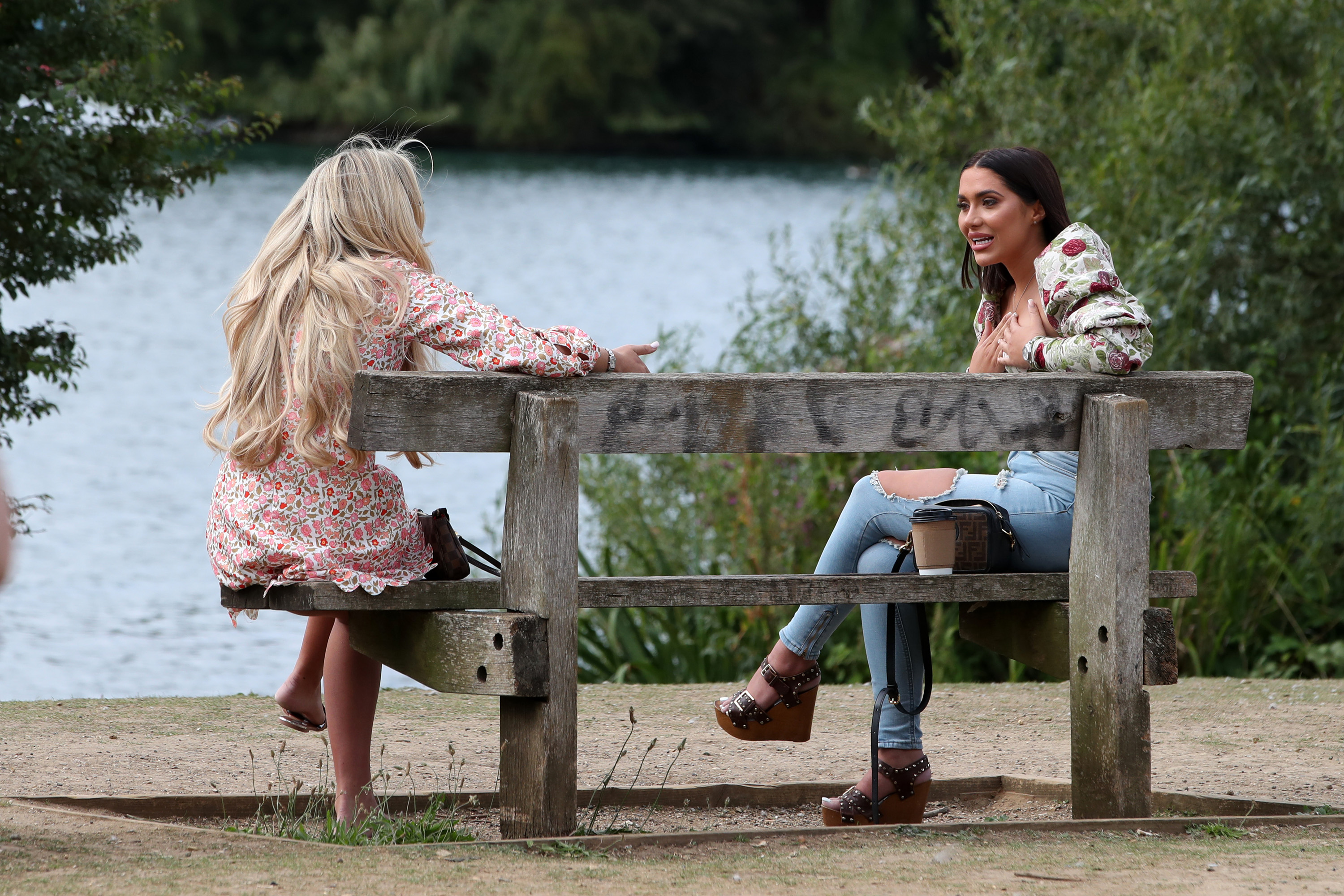 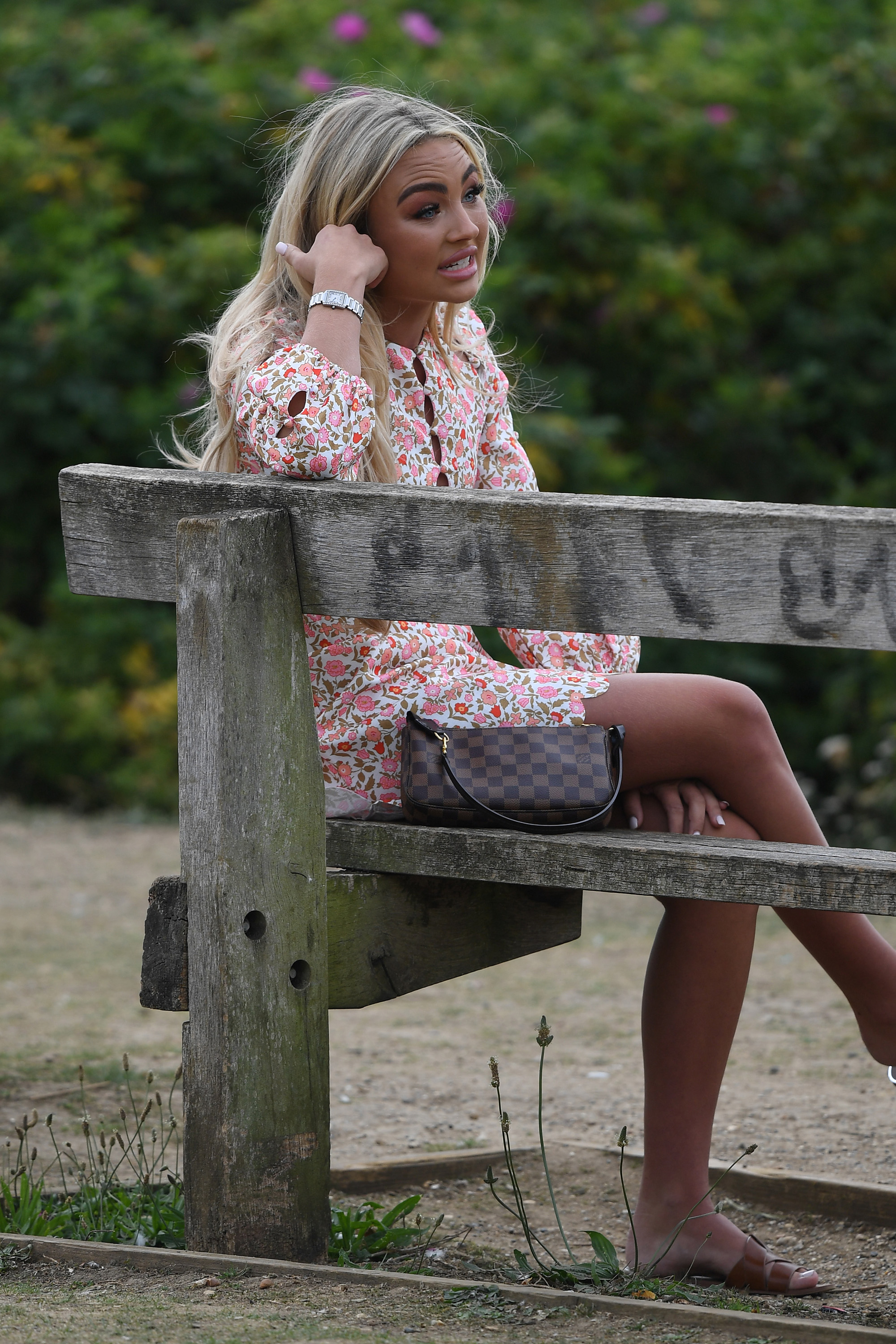 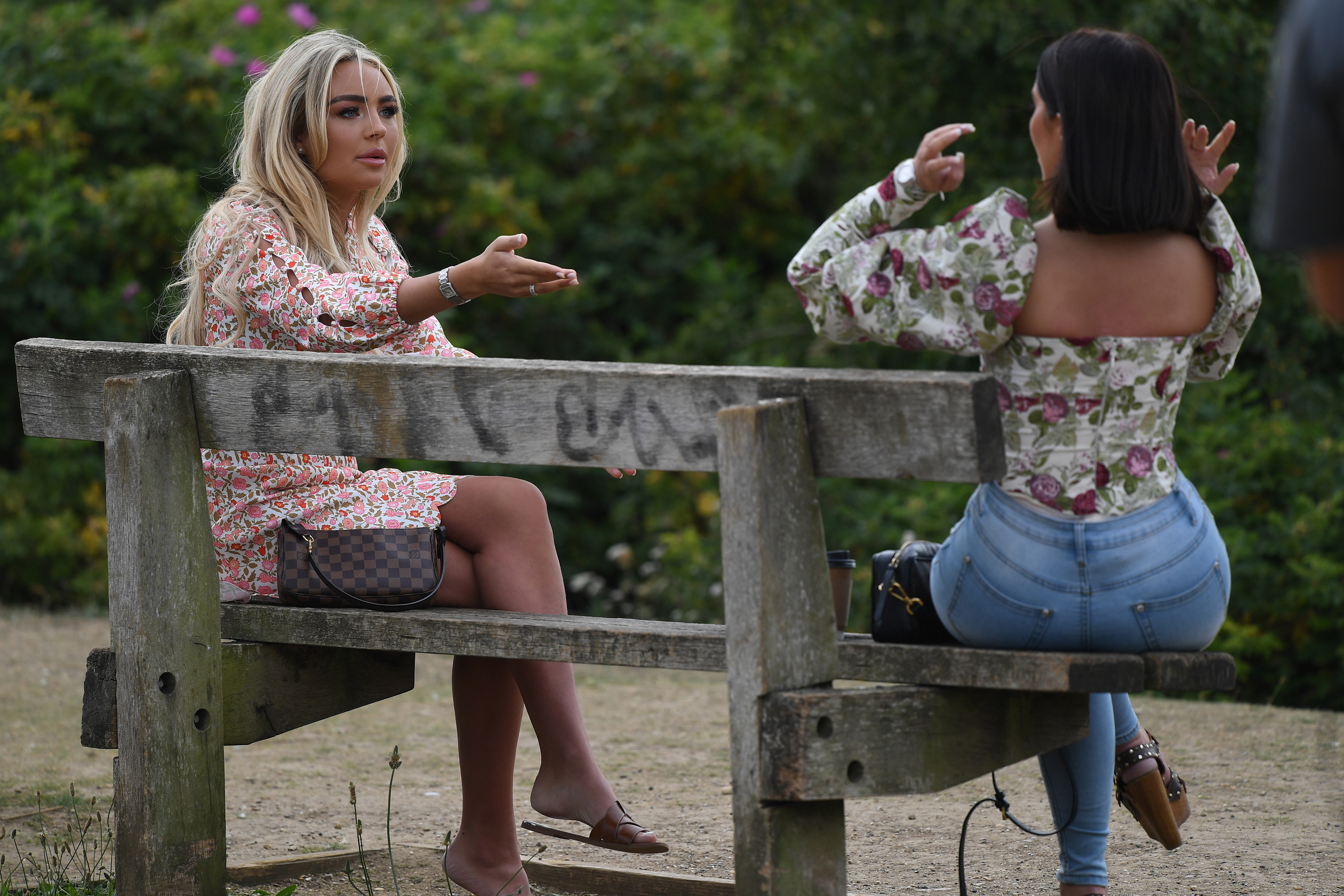 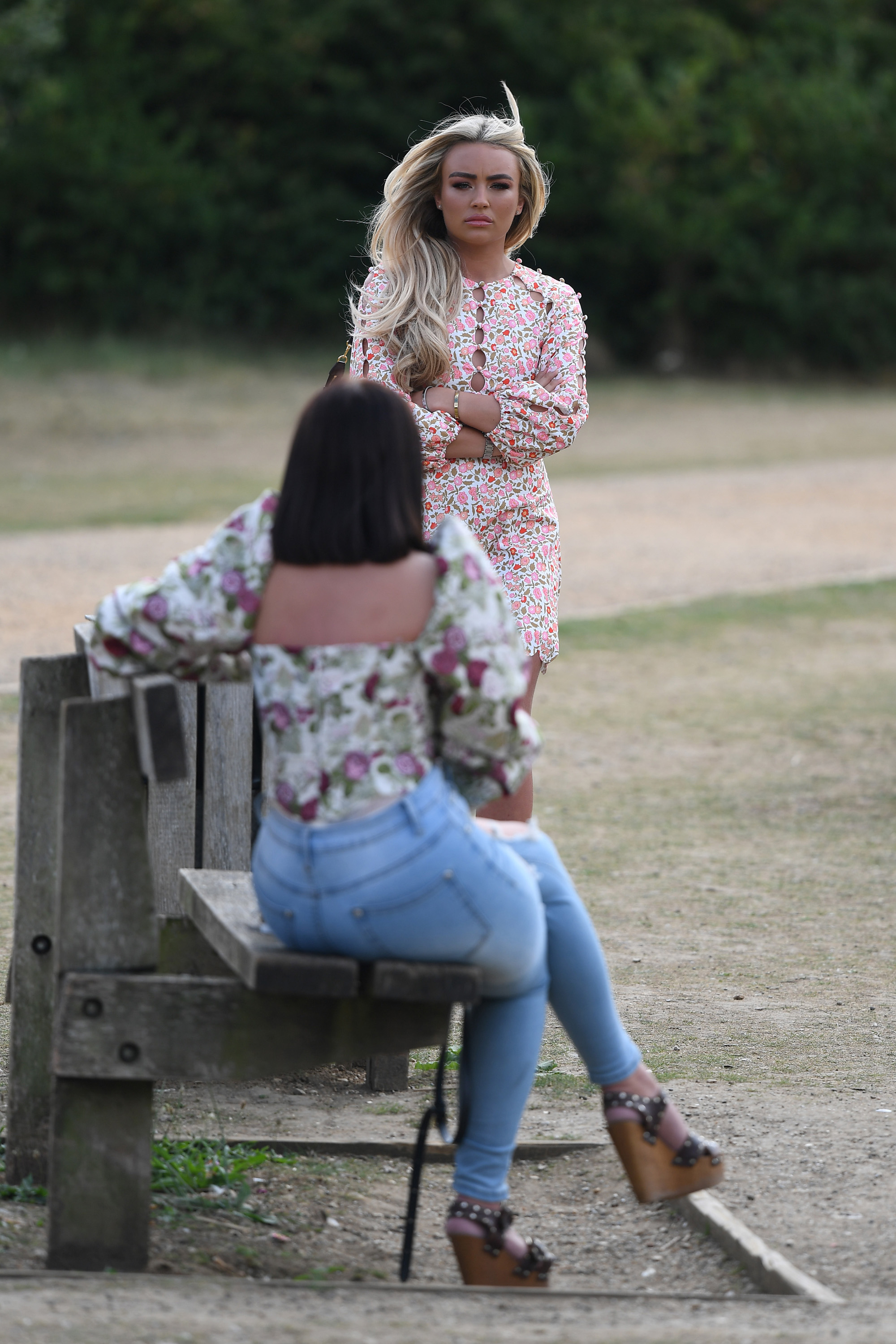 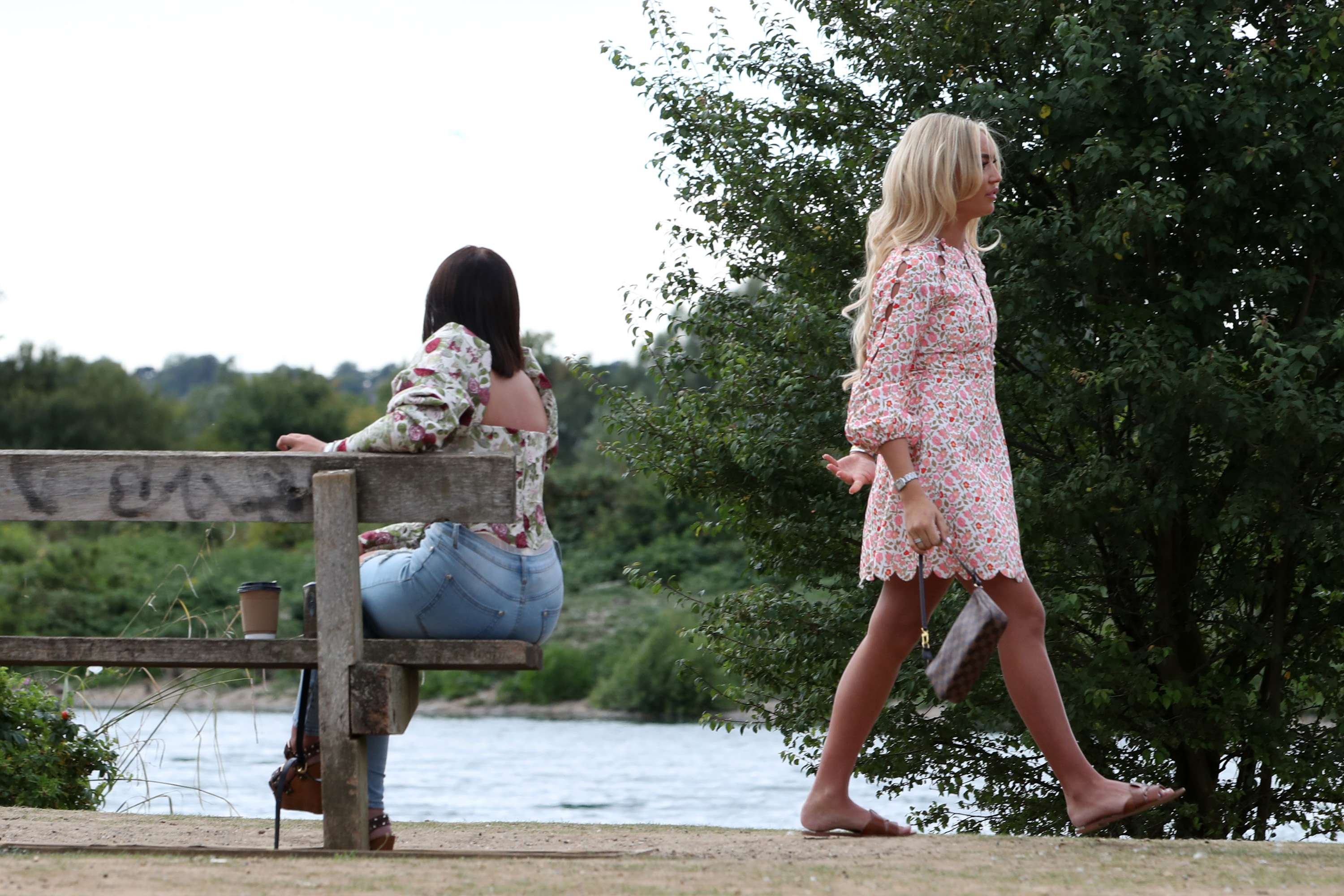 Fans of the ITVBe show will have to wait when the show's new series returns to find out why the two are still at war with one another.

No official dates have been given for when the episodes will air, but it's likely to be next year.

Last week Chloe joined the likes of Amber Turner, Olivia Attwood and Amy Childs to pose up a storm for filming ahead of Towie's 10th anniversary episodes.

The group got together and the booze flowed as a mix of old and newer stars reunited at a festival-themed site for the upcoming Towie episodes – which fans hope will be full of drama. 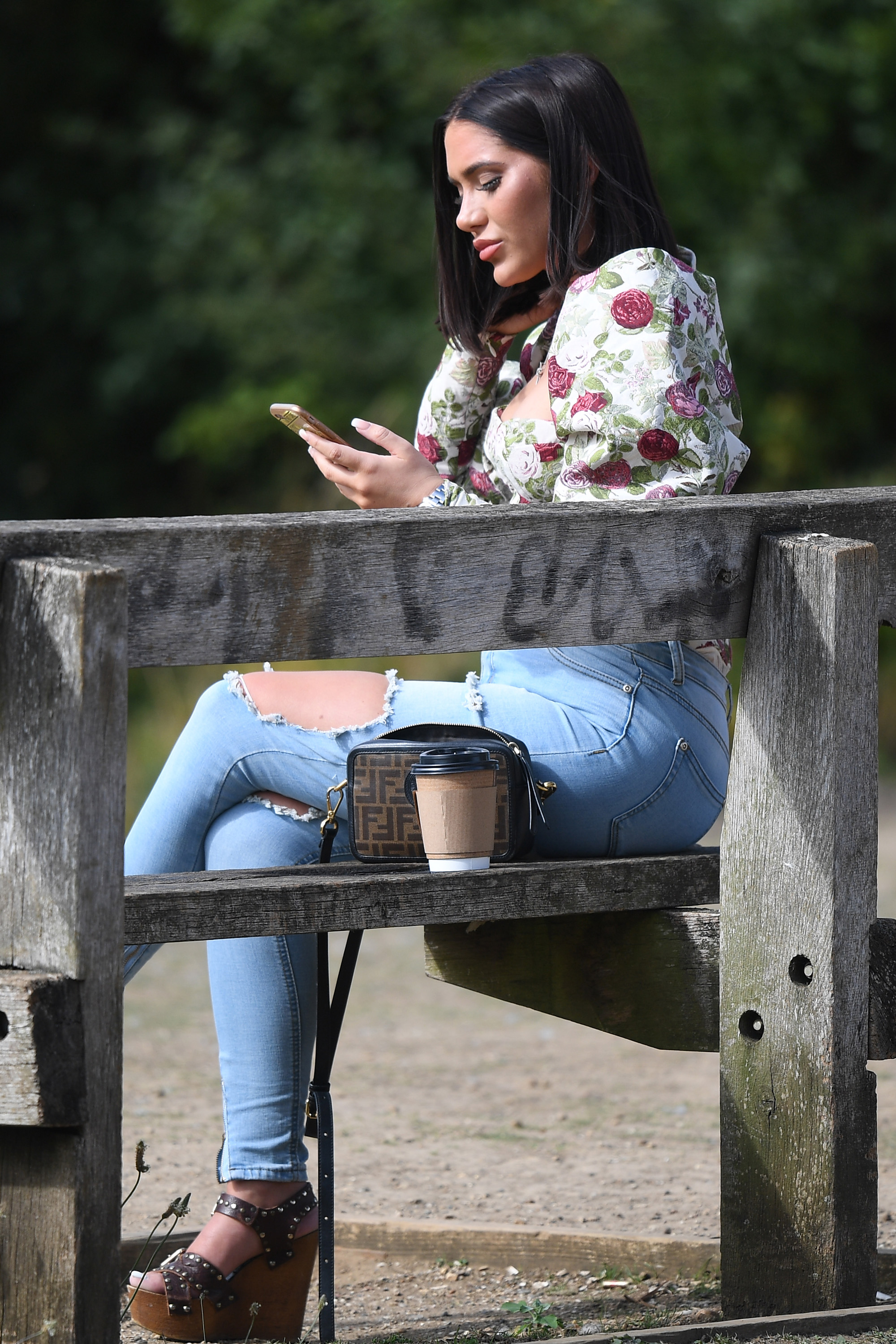 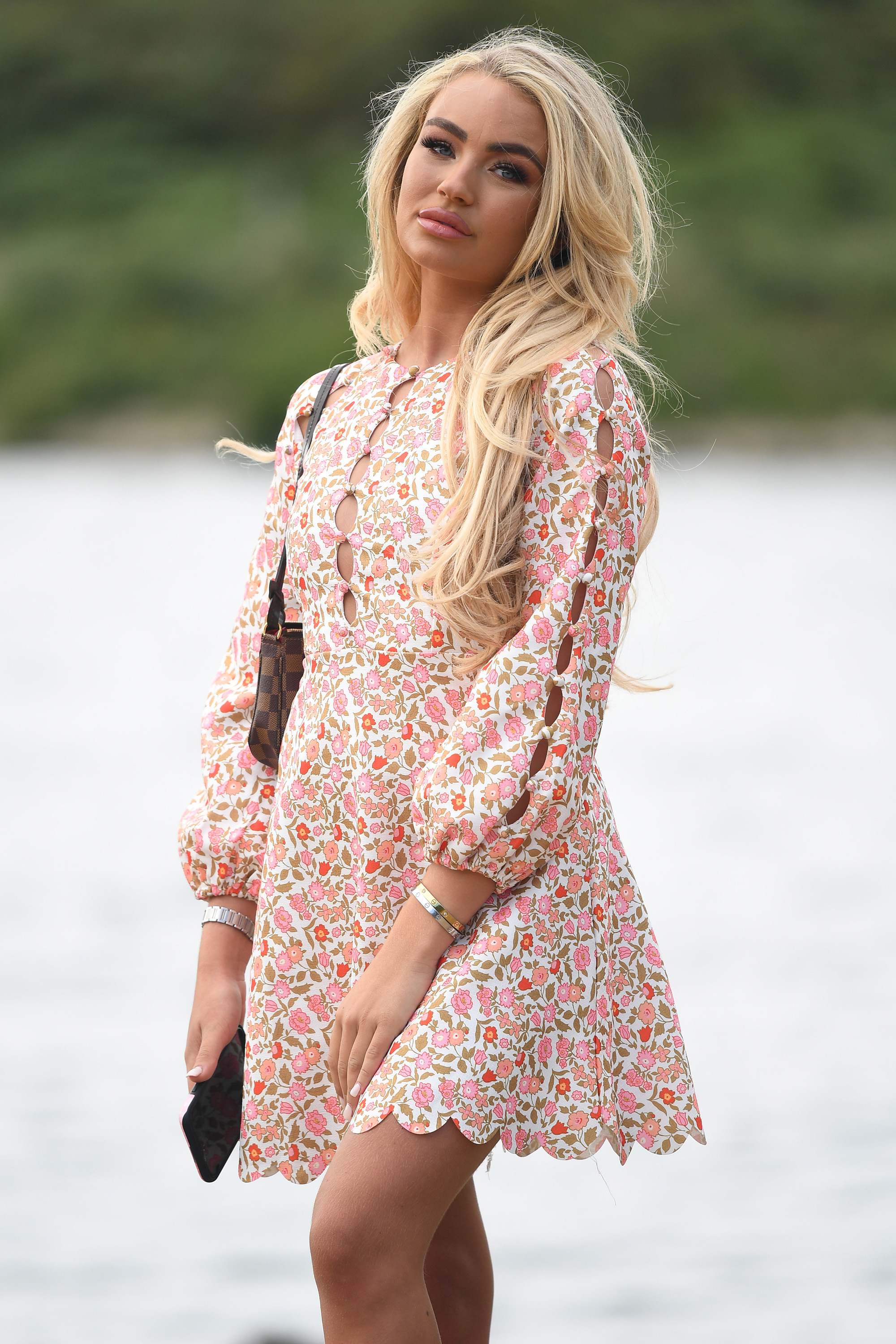 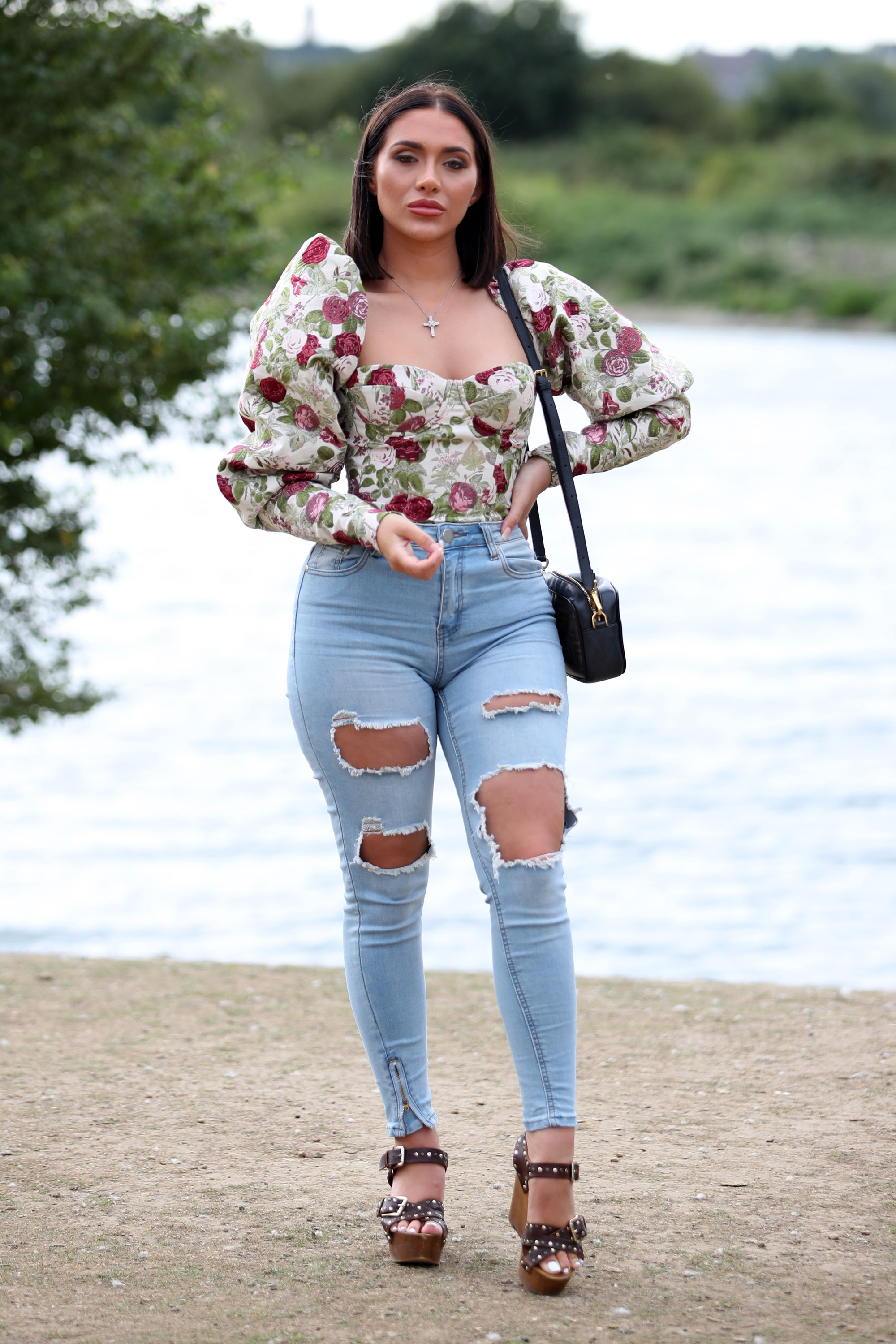 The stars got ready to film the socially distanced episodes on location and were treated to the full festival works, with bunting, hay stacks, an ice cream van, and games set up around a field for their pleasure.

As the cameras rolled the stars made sure to keep their distance.