Now that Love Island has finished for the year, MTV’s new dating show True Love Or True Lies – in which some couples have to pretend to be in a relationship to trick the others – is proving to be popular with viewers.

The series – which is hosted by Maya Jama and narrated by Danny Dyer – has already been praised for its diversity, with its ITV2 rival falling short in that respect.

But is the new show too predictable? During tonight’s episode (August 8), viewers correctly guessed that Dee and Jade were not an actual couple and were, in fact, liars.

One viewer wrote: “Dee can’t stand Jade! There’s always eye rolling going on and turning away when from Jade when they are speaking to the camera. #LIES #FAKE”

Another added: “I’m not sure how none of them can see that Dee and Jade are not a genuine couple and neither are Chris and Jon!” 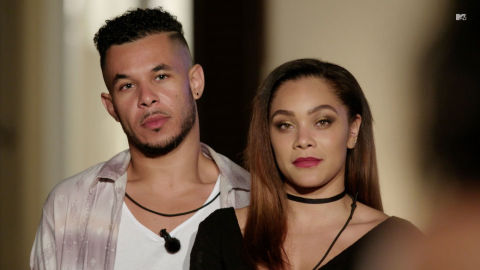 88% of people thought Dee and Jade were faking it in a poll on the show’s Twitter account.

True Love or True Lies airs on weekdays at 9pm on MTV.