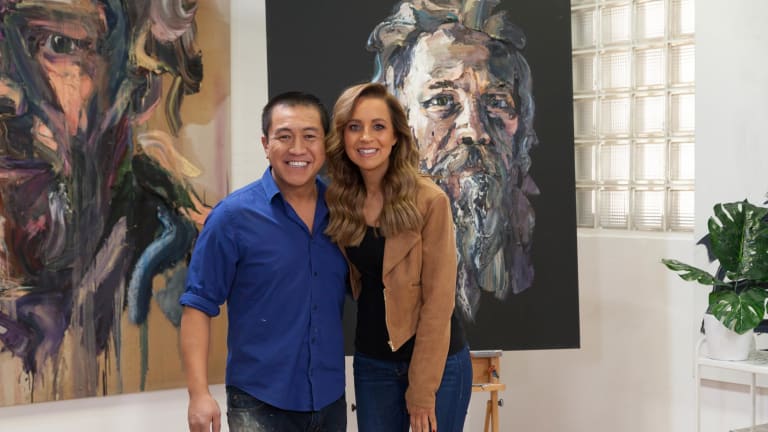 If ever there was a shining example of Anh Do's ability to draw out a celebrity's soft underbelly, his encounter with The Project's Carrie Bickmore is it. Her well-known personal tragedy, the loss of her first husband to brain cancer, is not the sole focus of the exchange, but given the space to explore her feelings, she reveals a softer, more pensive side to the bubbly newsreader with which we are familiar.

Maeve O'Meara is the consummate professional when it comes to tasting and describing food. Enthusiastic without gushing, eloquent and generous of spirit, she has a way of almost giving us a bite of each morsel she savours. In this sumptuous series on sea produce, she samples classic delicacies (abalone, fish roe) and exotic sea vegetables. Her learned chef friends and farmers offer abundant advice.

YOU CAN'T ASK THAT

This week's group of responders might not be as marginalised as others who have appeared in this makeshift studio. If they are, some might argue it is entirely by choice that they share what is a private activity between consenting adults. Nevertheless, their insight into the modern swingers' scene probably answers a few burning questions for somebody. This exercise is definitely more titillating than altruistic.