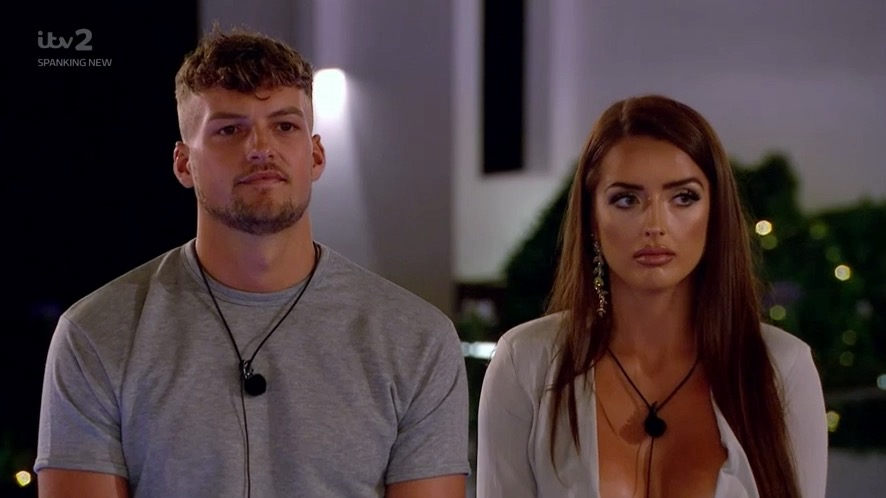 Tomorrow’s episode of Love Island is set to bring even more drama to the villa as two boys and two girls are dumped from the island.

At the end of the latest episode of the ITV show, the islanders were ominously told to gather around the fire pit, none of them aware of what was about to happen.

They were informed that the public had been voting for their favourite couples, with couples including Faye Winter and Teddy Soares, Millie Court and Liam Reardon and Liberty Poole and Jake Cornish saved from elimination.

In the end, three couples were at risk – Hugo Hammond and Amy Day, Tyler Cruickshank and Clarisse Juliette and Sam Jackson and Mary Bedford.

All six of the islanders in the couples are at risk individually of being axed from the series, rather than being at risk in their respective couples.

Will the girls decide to save Hugo, considering many of them have close friendships with him stemming back to the beginning of the competition?

Or could they choose to save Tyler, considering the potential he has to resume his romance with Kaz Kamwi?

While Sam is the newest of the three boys, there is also a chance that his stay in the villa could carry on for a little longer.

For the at-risk girls, the boys may decide to save Amy considering her partnership with Hugo, or Mary due to her budding relationship with Dale Mehmet.

Nonetheless, Clarisse may also be saved so that she can have more of a chance to find love in the villa, after Tyler called time on their partnership.

It could honestly go any way!

While Kaz and Matthew MacNabb were saved in the public vote, there’s an air of hostility between them after he found out that she and Tyler had a chat discussing the possibility of their reconciliation.

Plus, now that Millie and Liam have been saved, will she decide to forgive and forget his misdeeds in Casa Amor?

Love Island returns tomorrow night at 9pm on ITV2 and is available to watch on ITV Hub.