In the BBC Two doc, the presenter explores his drinking habits and why so many people don’t consider themselves alcoholics despite relying on drinking regularly.

However, Chiles discovers that his own intake is way over the limit, and delves further into his own history with alcohol, as well as getting advice from Frank Skinner, who has been sober for over 30 years.

It seems viewers were pretty transfixed by the doc, one writing: “This is brutally honest. Eye-opening programme by Adrian Chiles. Anxiety, depression and alcohol, no-one I know talks about it as frankly as this.”

“Probably the most honest and relatable documentary I’ve ever seen on drinking! Well done Adrian Chiles,” another added.

Coronation Street star Kate Ford was among those praising Chiles for his “candid and honest” approach to the topic.

“Daybreak was unbelievably stressful,” he said, “because whatever we did, we couldn’t seem to get anyone to acknowledge it was working.

“Once I was freed from Daybreak I thought, ‘This will be an easy life now’, as I was being paid lots of money to present a football match every two weeks. But I felt terrible, and I felt guilty for feeling terrible. 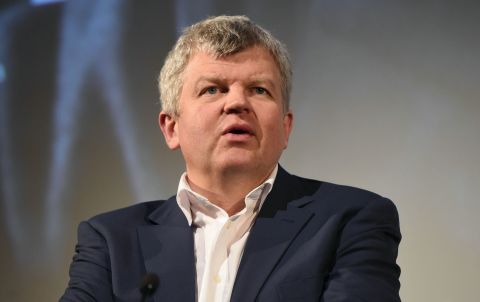 “I spent a lot of time thinking, ‘What is wrong with me?’ I didn’t have enough to do and was over-thinking everything. I knew if I had a pint or two everything would be fine, so I was self-medicating with alcohol.

“I was already seeing my GP for high blood pressure and reflux, and on one of those visits I was diagnosed with anxiety.”

Alcohol Concern offers information, advice and support with their questions about drinking and the problems that can sometimes be caused by alcohol. For more information, visit Alcohol Concern’s website. Drinkline also offers free, confidential advice to anyone who is concerned about their own or someone else’s drinking on 0300 123 1110 (weekdays 9am–8pm, weekends 11am–4pm).