If the Comic-Con trailer is any indication, it looks like The Walking Dead‘s ninth season will be adapting a number of storylines from the comics.

From the time jump and the arrival of Magna’s group to, yes, the Whisperers, there are plenty of nods to the source material – but one notable part from the comics that will be missing from the TV show is Negan’s interactions with Carl Grimes.

Although Negan is locked up as expected, the comics actually saw Negan and Carl share a rather unusual relationship as Rick’s son pays visits to the cell in secret.

That won’t be explored on TV as Carl was killed off. And Negan star Jeffrey Dean Morgan admitted at the show’s San Diego Comic-Con panel that he was a bit disappointed with Chandler Riggs’ “abrupt” exit.

“Yeah, that worked out!” Morgan said, referencing comments he previously made expressing excitement about the possibility to explore Negan and Carl’s comics relationship.

“There was a whole story that [creator Robert Kirkman] wrote that I was excited to play, and it didn’t pan out that way. It ended a bit abruptly. 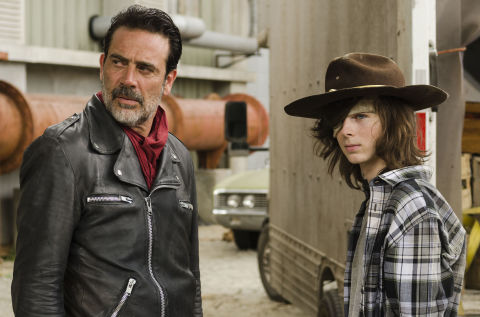 Morgan also said at Comic-Con that there could be a redemption arc for Negan this season.

The Walking Dead is currently shooting season 9, but we already know that Andrew Lincoln will exit from his role as Rick Grimes midway through. 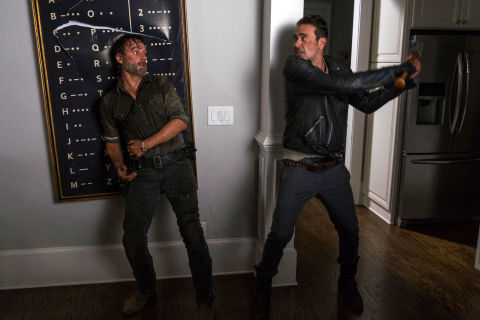 Oscar nominee and BAFTA winner Samantha Morton is joining to play Alpha, leader of new threat The Whisperers, with the new season set to premiere on October 7 on AMC in the US and shortly afterwards on FOX and NOW TV in the UK.