Home » TV & Movies » What is the Rickshaw Challenge 2018, what is the route, who’s taking part for Children in Need and how do I donate?

Here is the lowdown on what the challenge is all about… 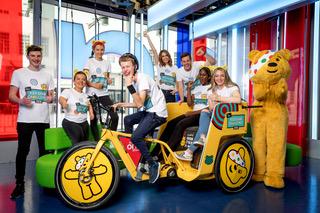 What is the Rickshaw Challenge?

The One Show’s Rickshaw Challenge has returned for the eighth year and launched on Wednesday, October 10.

A team of six young people, who have been supported by BBC Children in Need-funded projects, will be joined by Matt Baker on the eighth day.

They will cross the finish line in time for this year’s Children in Need Appeal Show.

What is the route for this year's challenge?

The 2018 Rickshaw Challenge will begin on Friday, November 9 in Calais, France.

They will then pedal 31 miles through the service tunnel of Channel Tunnel, which has only been used by professional cyclists before.

From there, to complete Day One, they will head from Folkestone to Ashton.

Day Two will see the cyclists travel from Ashford to Linfield and then spend Day Three working to get to Hook.

On Day Four, their journey will take them to Royal Wootton Bassett.

Then, they will cycle to Malvern on Day Five and to Ironbridge on Day Six.

After travelling to Chester on Day Seven, the challenge will come to an at Salford Quays on Day Eight.

Children In Need is held in November each year.
The Appeal Show 2018 will take place on November 16. 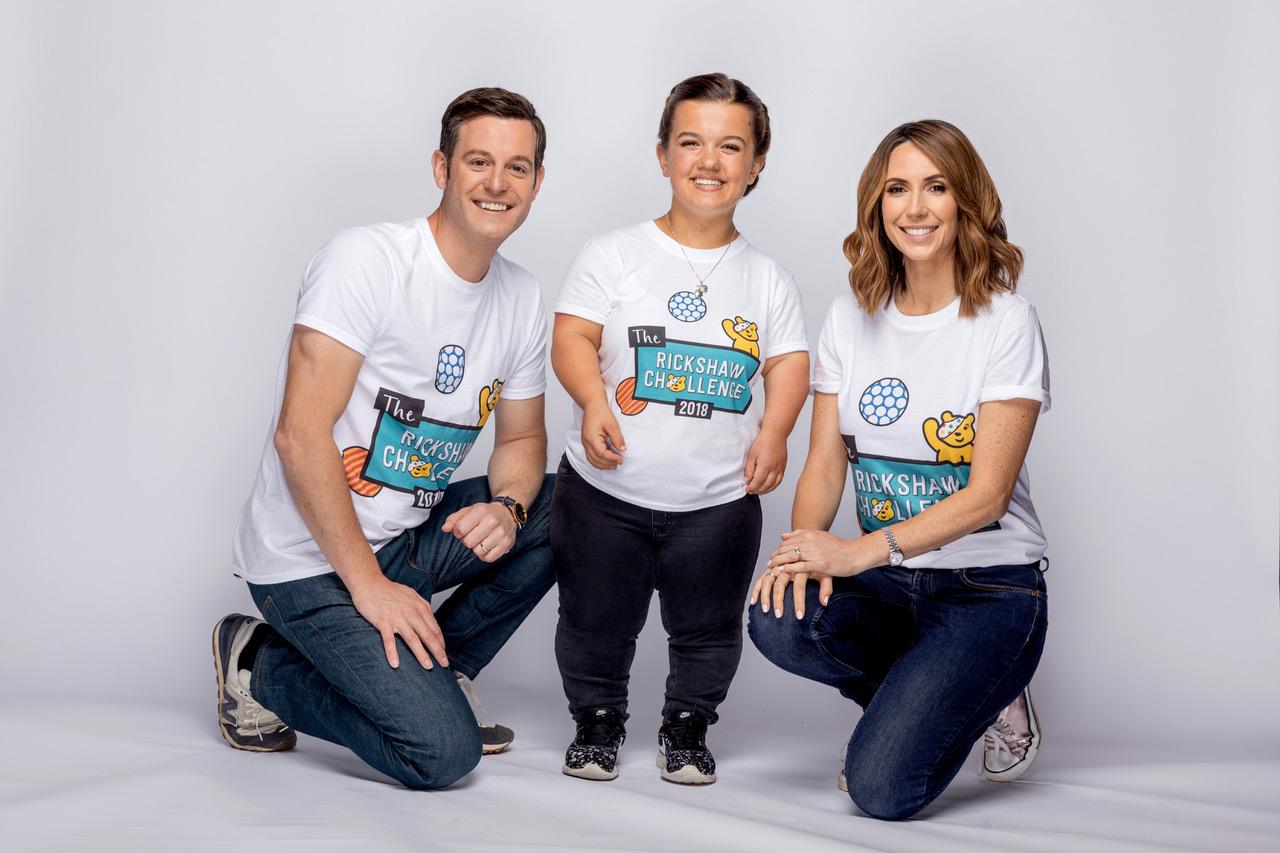 Who is taking part in the Rickshaw Challenge this year?

The Rickshaw challenge features a diverse and inspiring group of young people from all different backgrounds.

Abbie, 16, is from London and was diagnosed with non-Hodgkin's Lymphoma at the age of 12. She fought her cancer diagnosis with various treatment methods and finally heard happy news in October 2015. Throughout her journey, she was supported by Teens Unite, which runs motivational workshops for young people following a cancer diagnosis and helped rebuild Abby's confidence.

Harry, 17, is from Plymouth and was diagnosed with quadriplegic Cerebral Palsy and Worster-Drought Syndrome at the age of one. He's had multiple surgeries to help him use his legs more easily. Harry also struggles with communication. He's been supported by Friends and Families of Special Children, which supports disabled children and their families. He is determined to show the world that he can do anything through the Rickshaw Challenge.

Kayla is a 16-year-old from Derry. Kayla's mother has passed away from an alcohol-related disease following her battle with alcoholism and her father suffers from a rare flesh-eating bug. She cares for his dad and has been supported by Bogside and Brandywell Health Forum which provides a safe space for young people and empowers them.

Kieran, 18, is from South Wales and cared for his mum and younger siblings throughout his youth until he was unable to cope. By 13, Kieran was placed in foster care and started attending The Hwb Torfaen, a project that supports young people to encourage skill development and volunteering.

Maisie, 16 is from Southampton and has achondroplasia, the most common form of dwarfism. She has gone numerous operations to ease her movements and straighten her leg. At the age of 4, Maisie was introduced to Dwarf Sports Association and says it's had a really positive influence on her life.

Phoebe, 19, is from Leicester and has had a stammer since she was 8. It made her feel isolated and impacted her self-confidence. She was supported by Action for Stammering Children which helped her gain confidence while communicating and provided a support network.

What does Children in Need do?

Children In Need makes a difference to the lives of children across the UK by providing grants to projects which focus on disadvantaged young people.

Those who benefit from the funds raised include victims of abuse or neglect, disabled young people and those experiencing poverty and deprivation.

The BBC Children In Need Appeal Night takes place every year in November and provides an entire evening of entertainment.

In the past, the lineup has included EastEnders, Doctor Who, Strictly Come Dancing and much more.

How can I donate or fundraise for Children In Need?

You can order a fundraising kit on the official website which includes items such as a poster, sponsorship form and Pudsey collection box.

You can also donate by PayPal or card online.