Home » TV & Movies » What time is Made in Chelsea on E4 tonight, which cast members are returning and will there be any new faces?

IT MIGHT be hard to believe but Made In Chelsea has been on our telly screens for eight whole years.

And now it's back for its 17th series. Here's what we know about the latest series – including which of your fave cast members will be returning and who the new faces are. 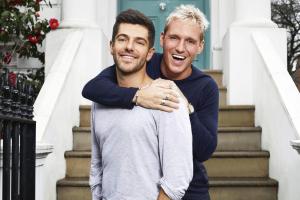 What time is Made in Chelsea on?

If you're suffering serious withdrawals from the SW3 toffs, fear not – as the cast are officially back on the nation's screens.

The Chelsea gang are on E4 at 9pm every Monday.

The new series started last week and you can look forward to a total of 13 episodes to get you through Spring.

If you have plans that clash with the weekly showing, you can catch up on Channel 4 streaming site All4.

Which cast members are returning?

You'll be relieved to know that many of your favourite cast members will be providing you with the entertainment that only they know how.

However, Louise Thompson and fiancé Ryan Libbey dropped a bomb when they quit the show just days before the launch of series 17.

Their departure came a day after Louise's brother Sam, 25, announced his exit from the reality show following his split from girlfriend Sophie Habbo.

But wipe those tears, the following Kings Roaders will be back:

Will there be any new faces?

Yes – there most certainly will be a whole new batch of faces.

Let's meet the new poshos on the block as revealed by Hello mag:

Born in Paris, this isn't the first time the brunette babe has come into proximity with the Chelsea gang.

Maeva is a brand ambassador for Kings Jewels London.

She described herself to Hello Magazine, saying: "I'm hot-tempered, have a strong character and need to watch what I say.

"Sometimes I can't control myself. I've made some enemies already.

"I'm not close to the girls who are already on the show – they seem a bit bitchy – and I can feel the jealousy.”

Now that’s what I call pout a trout

Now that’s what I call pout a trout

Amelia is 21 and from Dorset, but before you throw your hands in the air screaming imposter – she spends a lot of time in London.

And she's a student at Richmond, The American International University in London, so Chelsea is very much her stomping ground.

She's described herself as "the Bridget Jones of Chelsea".

Another blonde joining the cast is Verity Bowditch.

Though she neglected to tell him she would be joining the show during pillow talk.

Jet setter Rosi Mai can often be seen sunning herself in St Tropez and Ibiza.

She previously studied History of Art at London's Courtald Institute of Art.

Londoner Ollie Buck is a rugby player who's pals with MIC castmate Digby.

Hunky Angus is a 20-year-old model from London.

He's also the youngest of the cast, bless him!

But that hasn't stopped him from being cocksure, he's said: "I think James [Taylor] and Miles [Navaire] are feeling threatened.

"Sometimes they're friendly, but then they don’t trust me and call me a boy."

Tuk Tuk tucking in to the poo #ElephantFamily

Tuk Tuk tucking in to the poo #ElephantFamily

Motorhead Freddie is born and bred in the Royal Borough and proud of it – describing himself as a "boy of the borough".

He's a car enthusiast who, from the looks of it, loves to let his hair down.

He has less than 1,000 followers on his public Instagram account – but we expect that to change soon.