Historical authority has shifted its moorings in the television age. Once the domain of Oxford dons, democratisation means a small but exalted tribe of British thespians have parlayed their star status into a globe-trotting second career. 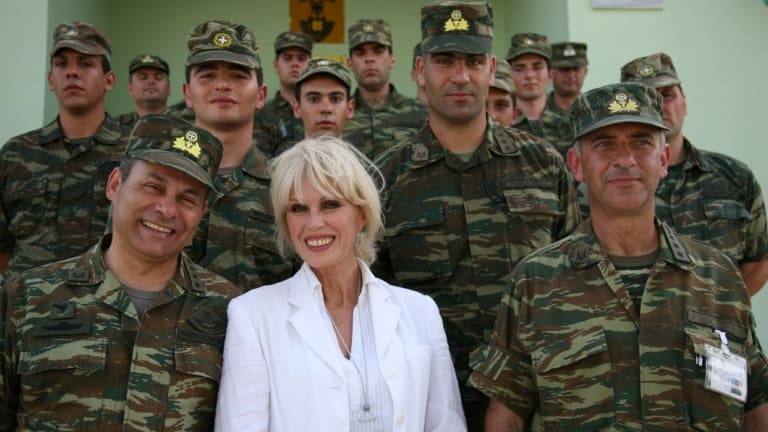 It certainly helps Joanna Lumley that she is in possession of living treasure status along with her recognisable and beguilingly breathy voice. Her Greek odyssey has a touch of age on it: it was filmed in 2011, after her series down the Nile and before her visits to Japan, Siberia and India.

Lumley appears quite at home on the yacht of a Greek shipping magnate and her actorly delivery loads the most mundane observations with an undeserved weight as she recounts the Nazi invasion of Crete, visits a former leper colony, and dances on the island of Kos.

The highlight comes from a Cretan cobbler who survived the destruction of his village by way of Nazi reprisal. So he was making shoes during the war? Lumley asks in surprise via a translator. "Of course we were," replies a clearly unimpressed subject. LD