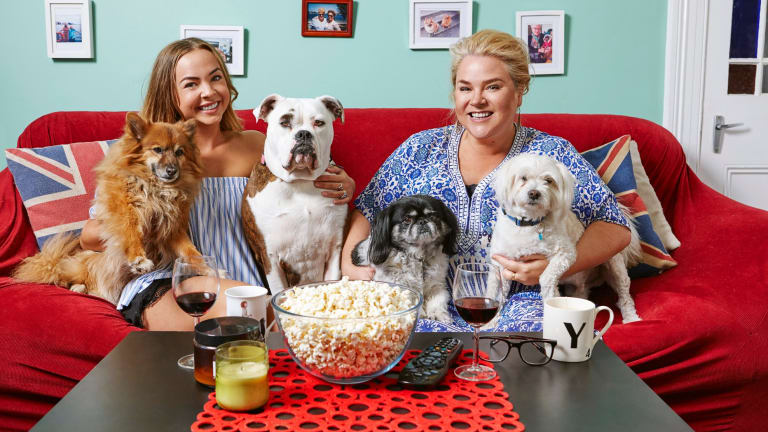 Apart from the lovely gems of honesty that slip from the lips of this well cast collection of viewers, it's nice just to see friendship in action, or rather, inaction. Offering a refreshing change from so much confected woman-on-woman reality show conflict are mates like Angie and Yvie, who love nothing more than sipping Frangelico and having a snort at the idiots on the telly.

As we near the end of this minefield of red herrings that have all but upstaged the mythical monster of the highlands, young Evie (Shona McHugh) is proving she has her mother's head for detective work and yet no one seems much closer to nabbing the killer or indeed wiping the smirk of the face of the slimiest teacher on television. An exciting pursuit, however, does spark up this penultimate episode.

American actor Paul Dano (12 Years a Slave) is an excellent fit for the role of Leo Tolstoy's illegitimate heir and social agitator ahead of his time, Pierre Bezukhov. Not only is he aesthetically the polar opposite of his matinee-idol cast mate as James Norton (as gallant soldier, Andrei Bolkonsky), he has a gentle demeanour masking a fiery heart that is perfect for the role in this most extravagant period drama.