Children in Need 2020 is just around the corner and viewers are in need of some inspiration from the BBC classic. Every year plenty of famous faces sign up to help raise money and awareness to support young people from all walks of life who need extra care. Express.co.uk has everything you need to know ahead of Children In Need 2020, including when the BBC special will air.

BBC’s Children in Need has been a huge part of the network’s calendar since it first started airing in November 1980.

Every November since then, a whole host of celebrities come together to take part in hilarious sketches and fundraising activities to support disadvantaged children.

Pudsey Bear has become a national icon, with the late Terry Wogan joining up with Tess Daly to present the fundraiser show.

Of course this year the special show will look slightly different, due to social distancing and the recent news of a four-week national lockdown.

But all being well, the 2020 show is scheduled to air on Friday, November 13, at 7pm on BBC One and it will be available to watch on BBC iPlayer.

This year the hilarious and charismatic Mel Giedroyc will be back to host the appeal along with Alex Scott MBC, comedian-turned-presenter Chris Ramsey, and Stephen Mangan. 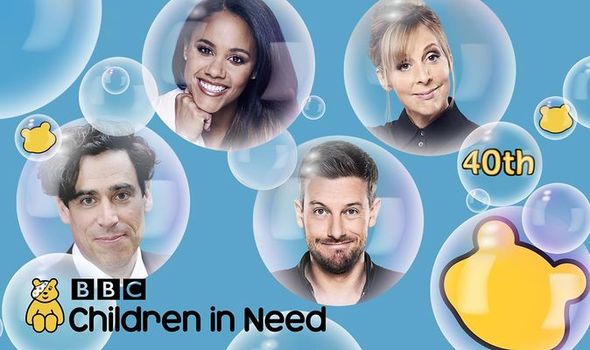 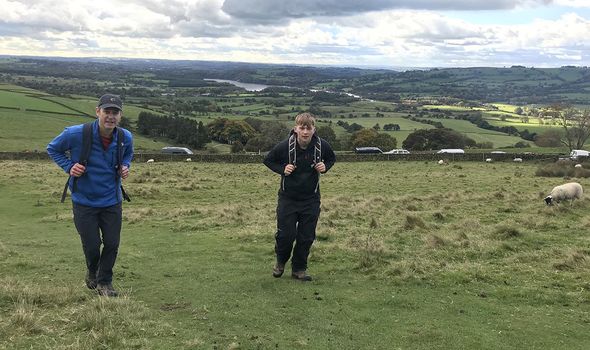 The BBC has not revealed too much about this year’s schedule of events yet, but there are plenty of ways viewers can get involved.

Some fundraising events have already taken place across the UK, including the BBC’s Countryfile Ramble and Matt Baker’s Rickshaw Challenge.

For the 10th year running the presenter will take part in an eight-day challenge with six youngsters, as they ride 332 miles – the equivalent of Edinburgh to London.

This year due to social distancing restrictions the challenge will be slightly different, taking place at the Goodwood Estate.

Beginning on November 6, the team will tackle various terrains with the aim of reaching a daily mile target.

Fans can find out more about how to donate and host their own fundraisers by visiting www.bbcchildreninneed.co.uk. 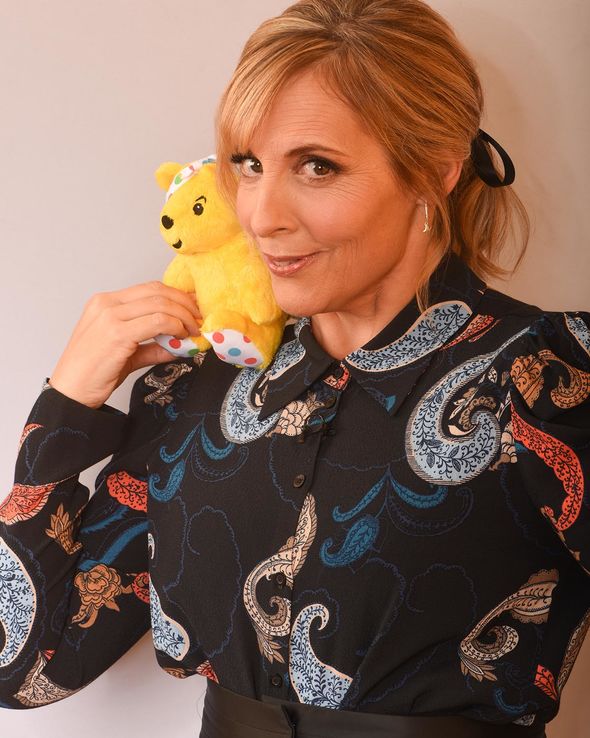 The official BBC Children in Need Twitter account has been sharing updates, as this year has been particularly hard for vulnerable children.

They said: “This year’s been hard, but for children and young people already vulnerable or at risk, life is now even harder. That’s why, right now, we need your help. Together, we can change young lives that need it most across the UK.”

Viewers have already witnessed some emotional stories and inspirational young people as the BBC has been airing evidence of their fundraising challenges.

On BBC Countryfile this weekend (November 1) viewers saw 16-year-old Harvey take part in a ramble through The Roaches in Staffordshire.

He took part in the gruelling challenge in memory of his late brother Ed, and the ramble marked the end of his bereavement counselling which was funded by Children in Need.

DON’T MISS…
Mel Giedroyc husband: How former Bakeoff host faced bankruptcy [INSIGHT]
Mel and Sue: Who are the Hitmen comedians? When did they first meet? [EXPLAINER]
Great British Bake Off host reveals why they had to leave show [INSIGHT] 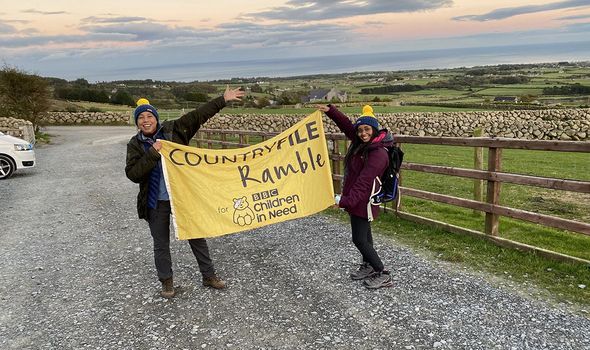 Viewers were blown away by Harvey’s bravery and resilience, with one saying on Twitter: “Unbelievable Harvey. No child should have to go through so much sadness. Your such an inspiration. You smashed it, well done and keep smiling and keep talking.”

Every year the Children in Need appeal show is a way to boost funds and give something back to the charity which has done so much to support children in all kinds of scenarios.

Famous faces from some of the UK’s best-loved shows get into the spirit by taking part in hilarious comedy sketches, musical numbers and games to help raise cash.

Last year there was a Strictly Come Dancing Children in Need special, which was won by 2020 contestant Maisie Smith, a special red chair game with talk show host Graham Norton, and a visit from some of the England football team’s best players.

With the show still a couple of weeks away, the schedule for the evening is yet to be announced, but hopefully it will be just as action-packed as ever.

There is bound to be some differences this year, and it is unlikely there will be a bustling live audience like in previous years.

But the BBC will be announcing some of the acts in due course, which should get fans into the fundraising spirit ahead of the appeal show.

Singer Una Healy has been letting fans know how they can support the cause, as all the usual Pudsey merchandise is now available to buy in supermarkets.