Home » TV & Movies » When Was 'Dune' Filmed? Bulk of 2021 Adaptation's Filming Concluded Just in the Nick of Time

The latest on-screen iteration of the classic science fiction novel Dune was met with much anticipation by fans of the book and fans of the cast members who had never previously read the novel. The movie debuted on Oct. 22, 2021, and it has garnered mostly positive reviews from everyday viewers and professional critics. Learn more about the premise of the Dune, where and when it was filmed, and more about the production process below.

What is the premise of ‘Dune’?

Dune follows the story of Paul Atreides (Timothée Chalamet), a young man living thousands of years in the future in space. Paul possesses incredible intelligence and numerous special abilities, and he travels to the most dangerous planet in the universe to keep his family and people safe from dark forces. It features all kinds of mind-bending elements, such as powerful drugs that allow for the manipulation of time, and terrifying sand worms that lurk under the desert landscapes.

The two-part film is based on the novel of the same name by Frank Herbert, published in 1965.

When was ‘Dune’ filmed? 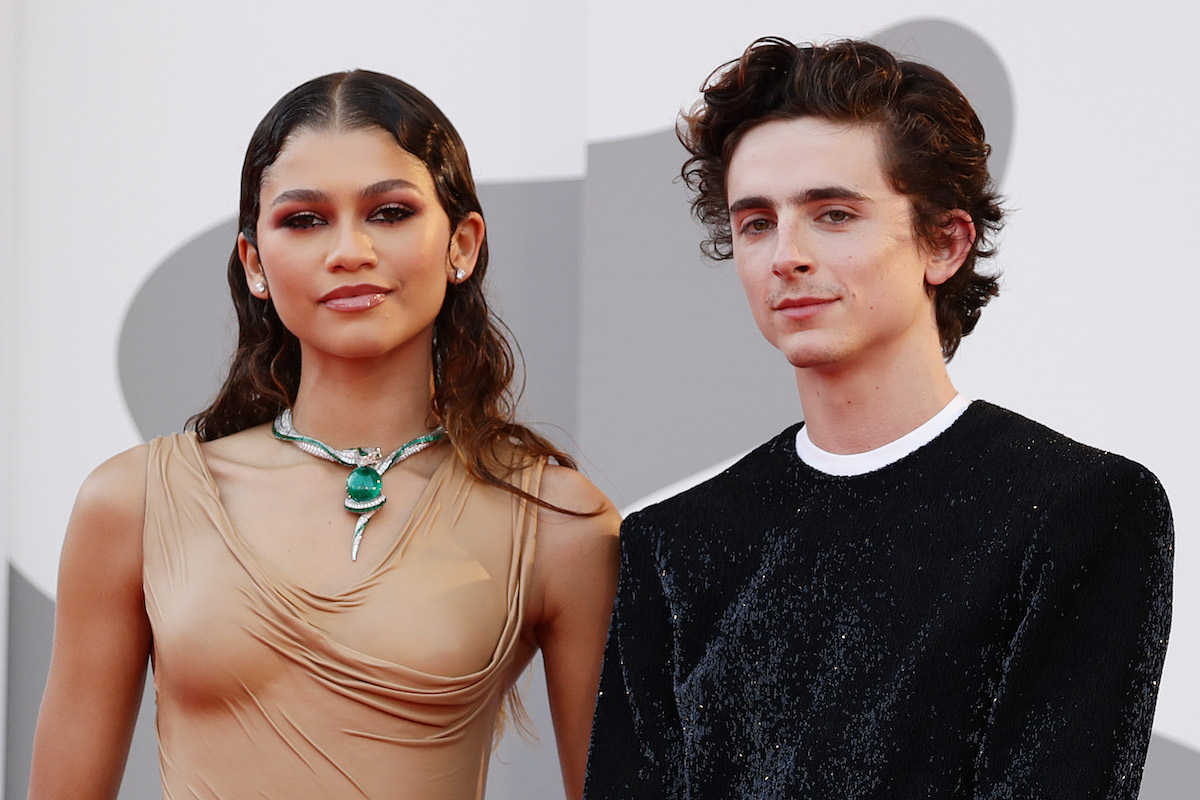 So when was Dune filmed? Shooting for the movie began in March 2019 and wrapped up in July 2019 — meaning the cast and crew missed the beginning of the COVID-19 pandemic. However, scenes were reportedly reshot in Budapest, Hungary, in August 2020, according to Deadline. So although the bulk of filming managed to avoid the logistical obstacles created by the pandemic, not all of it did.

The premise of Dune relies heavily on desert settings, and much of the film was shot in the Middle East. According to Architecture Digest, scenes with massive sprawling sand dunes where the protagonists were looking for Arrakis were shot mostly in Abu Dhabi, the capital of the United Arab Emirates. Scenes that required rockier terrain were shot in Wadi Rum, Jordan, and others still were filmed on the border of Jordan and Israel.

Nick Oliver, the location manager for the film, remarked about the last location, “It is absolutely virgin sand. No one has been walking on it. The dunes are just left to wash across the desert and are constantly changing.” Evidently, the border location was previously used only for military training, but now is mostly abandoned. Temperatures on set often hovered around 100 degrees Fahrenheit, and the actors had to wear heavy costumes that provided no ventilation.

When the characters were on the planet Caladan, a planet of water, the crew headed to Norway. Villeneuve, the director of the film, wanted to make it look unlike anything audiences had ever seen before. With the various remote locations selected and careful work from the entire crew, Villeneuve’s vision can be seen and felt on screen.

Chalamet and Zendaya dished on working with Charlotte Rampling

In an interview with Good Morning America, Chalamet and Zendaya discussed their on- and off-screen chemistry, and both mentioned feeling gratitude for becoming close friends while shooting the film. When discussing the actual filming process, Chalamet passionately remarked that the on-location filming makes this film special, as does the soundtrack composed by Hans Zimmer.

Villeneuve stated that the cast and crew were nervous about working with Charlotte Rampling, who plays Reverend Mother Mohiam. Chalamet added, “We love her, but man, she has that power. You feel it. And she had those platform [shoes] on, so she was kind of like floating on set.” Despite the collective nerves on set, Rebecca Ferguson was pleasantly surprised by the seasoned actress.

“In my head, she was going to be difficult to talk to, and my plan was to break through that. And then in walks this … cool kitten. There was no ego and no meanness. There was just respect. It’s a very cool thing for an actor to do, to be so comfortable in their own presence. I got her phone number, by the way,” she told The Cut.

Dune is currently in theaters and streaming on HBO Max now.