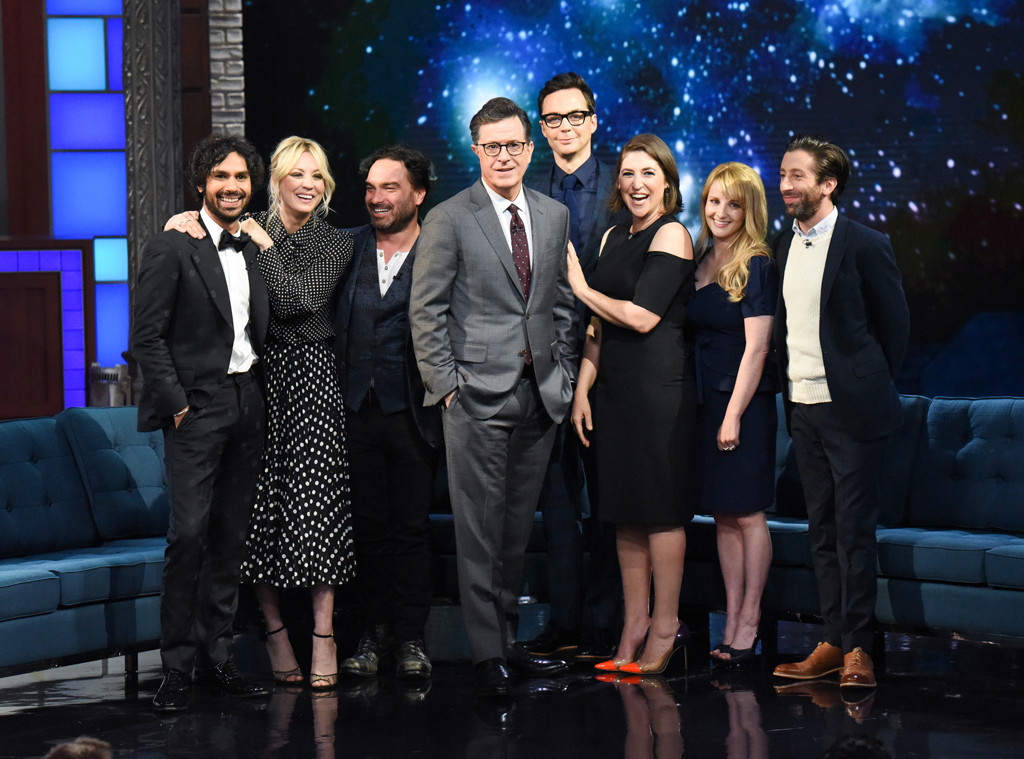 The Big Bang Theory cast got together again…for the final time? Probably not the final time, but the last time for a while most likely when they gathered on The Late Show with Stephen Colbert.

The group interview with Jim Parsons, Johnny Galecki, Kaley Cuoco, Simon Helberg, Mayim Bialik, Melissa Rauch and Kunal Nayyar aired after the series finale of the long-running sitcom. With host Stephen Colbert, the cast got some things off their chests and asked each other questions they never dared to previously—anonymously.

The first question was for Galecki, who refers to himself as a “theater rat.” So, “what professional animal would Kaley be?” And that question did not come from Cuoco.

“I’m sitting too close, I’m going to get punched,” he said. “Like an Arabian pretty horse. I don’t know horses! I’m trying to appease her.”

The next question was for Cuoco. “Kaley, when did you learn your lines because apparently in 12 years no one saw you look at a script,” Colbert said.

“I don’t look at the scripts, I don’t know,” Cuoco laughed. “No, I don’t improvise, no. They do make fun of me for that. I usually have a magazine in my hand instead of the script.”

“Make fun of you? I wish to god I had the powers that you have,” Parsons said. “She doesn’t look at it and she says it word-perfect.”

Rauch was asked what career she’d have if she wasn’t an actor and she said a chef.

Then things got raunchy. Did anyone ever have sex in their dressing room?

“You must have!” Cuoco said to Galecki. Nayyar echoed that accusation. And he admitted it!

Click play on the video above to hear more from the cast, including some questions from fans.