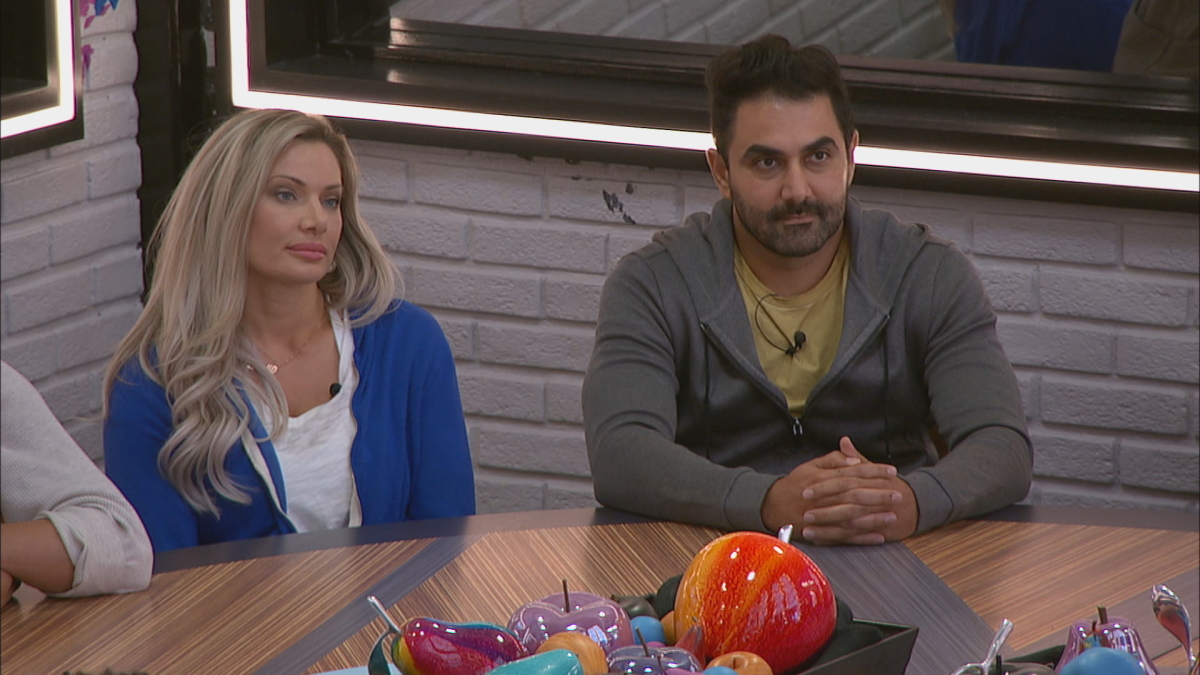 Janelle Pierzina and Kaysar Ridha were left on the block when Cody Calafiore declined to use the Power of Veto this week.

Cody’s choice wasn’t that surprising, especially since he has been working closely with Head of Household Tyler Crispen.

Tyler’s fans were excited that he would be able to add a big name eviction to his resume for the season, but the houseguests still needed to have the vote on Thursday night.

The huge downside to this eviction, at least for Janelle and Kaysar, was that they were also going to fail to make the BB22 jury.

By the end of the night, another veteran houseguest would be joining Keesha Smith and Nicole Anthony at home.

And yes, Keesha and Nicole are home. Keesha recently blasted Holly Allen from BB21 for comments made on social media, and Nicole just made a video asking for fans to comment on her gameplay.

Who got evicted on Big Brother All-Stars tonight?

They got to the eviction vote about halfway through Episode 10, and this all meant that CBS viewers would be seeing Kaysar and Janelle together in the Big Brother house for the last time.

Everyone else voted to evict Janelle, and by a 9-2 vote, she finished the season in 14th place. For anyone who doesn’t have the live feeds, Dani and Enzo threw out those votes to cause chaos.

Janelle is now heading home, and she will not become a member of the BB22 jury. She is also not going to be participating in a Battle Back Competition, because it looks like one won’t even be happening with the first few evicted houseguests.

Will someone on the BB22 cast get backdoored this week?

There have been a number of interesting discussions taking place on the live feeds that could end up leading to something exciting taking place during the next week.

One discussion had Daniele Donato’s alliance figuring out her plan, while another chat revealed who Dani and Nicole Franzel want to target for eviction.

A lot could happen in the next seven days, especially with Janelle now out of the picture. The topic of many conversations within the house will have to change, and maybe now is the time that someone will finally make a big game move. Maybe? We can hope.