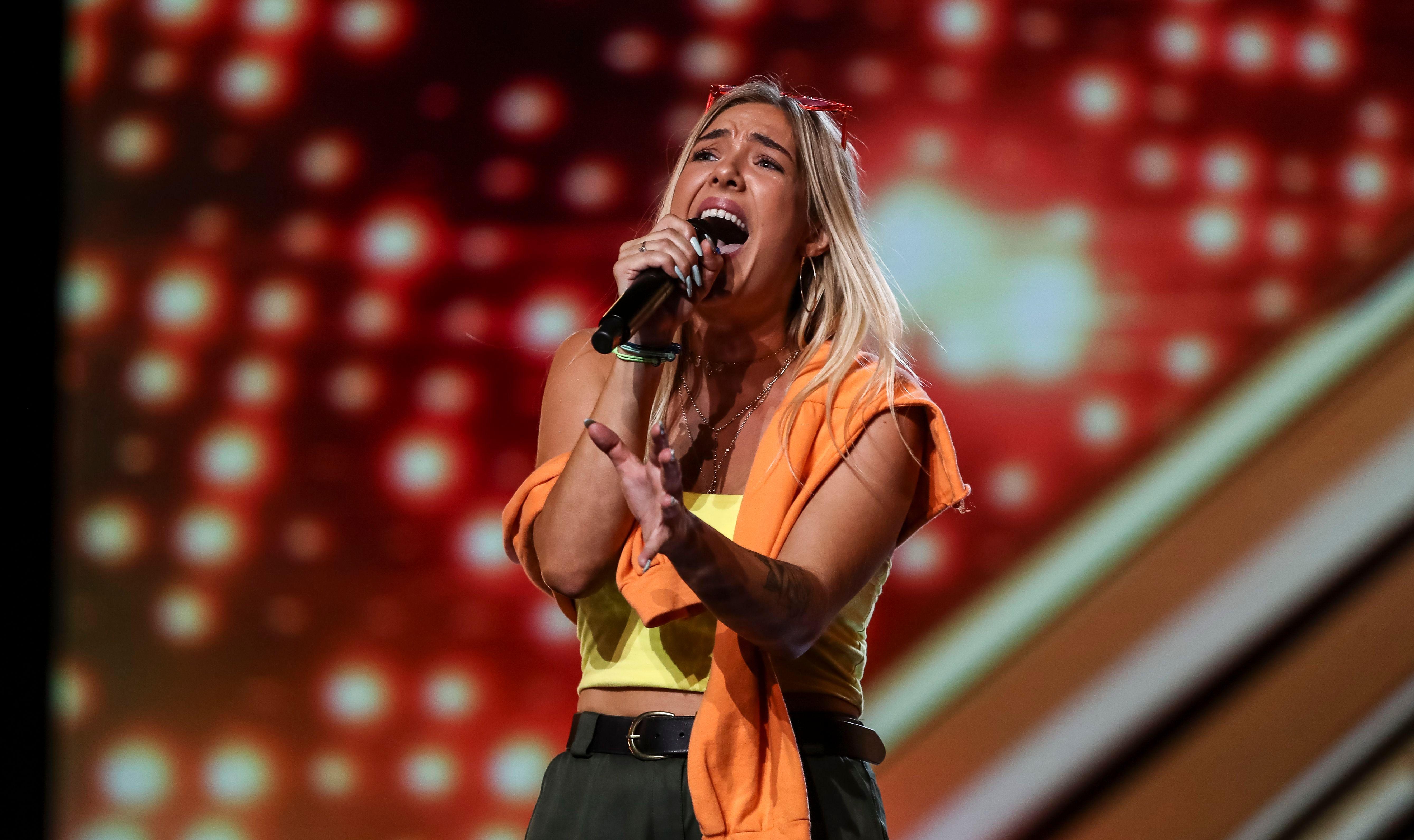 Who is Bella Penfold?

Bella is 19 years old and lives in Essex.

She currently works as a hotel singer.

The X Factor is excited to sing in front of the crowd at Wembley Arena for her audition.

Bella sang Fell In Love With A Boy by Joss Stone for her audition and she made it through to the Six Chair Challenge.

She sang Blinded By Your Grace during the challenge, which led to Simon pressing the golden buzzer after the audience showed their love for Bella.

Who are this year's X Factor judges?

The judging panel for the fifteenth series of the show has seen a major overhaul.

Simon Cowell remains but all three other judges have been replaced.

That means that Nicole Scherzinger, Louis Walsh and Sharon Osbourne are no longer on the panel.

Instead they have been replaced by Louis Tomlinson, Robbie Williams and his wife Ayda Field. Sharon Osbourne will also help out during the live shows.

The X Factor made its big return on Saturday, September 1, at 8pm on ITV.

It was followed by another show on Sunday at the same time.

After the first week, it will air every Saturday and Sunday from then on.

Last year's contest was won by Rak-Su who triumphed in the final over Grace Davies.