A short speech noted the sergeant’s “heroism of highest calibre” then, when General John Pershing pinned an engraved gold medal to his uniform, the eager recipient licked his chops and wagged his tiny tail. 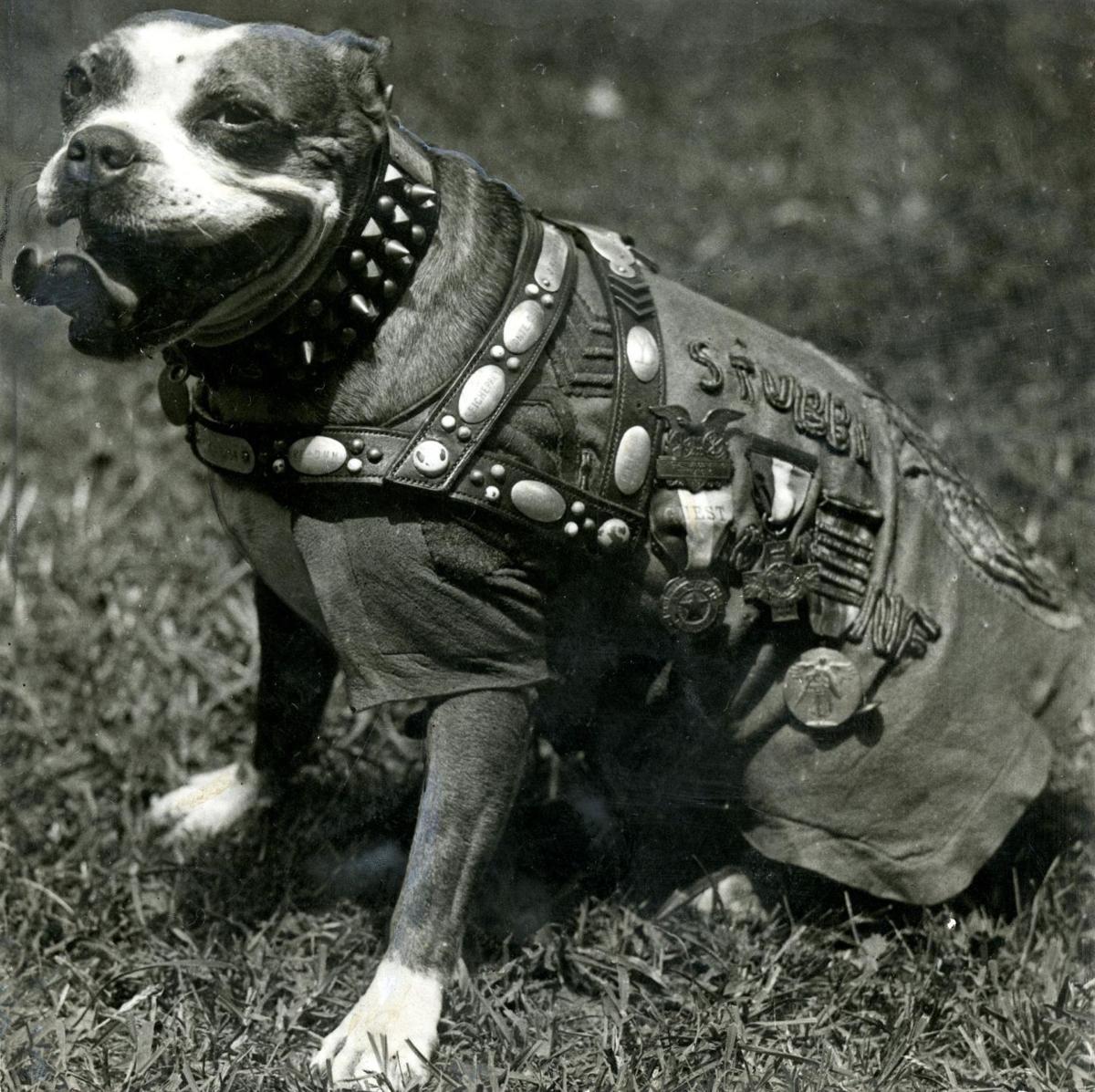 Now he is remembered in an animated movie featuring the voices of Helena Bonham Carter and Gerard Depardieu.

According to Kathleen Golden, from the Armed Forces History division of the Smithsonian Institution: “Stubby was an unofficial military working dog and a small spot of sunshine in a very bleak war.”

The dog was a stray on the streets of New Haven, Connecticut. 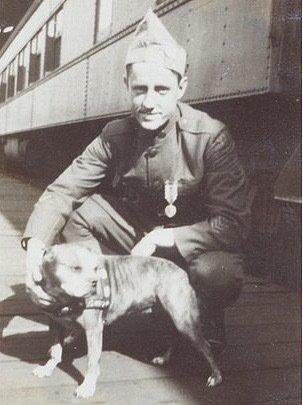 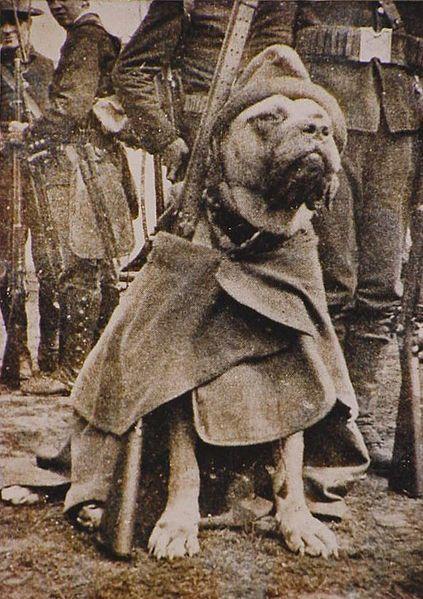 He was reported as being “unwanted, unwashed, unloved” and spent his days “scrounging for scraps”.

Then, in 1917, he wandered across an army training session and one soldier in particular came to adore him.

Private First Class Robert Conroy, of the 102nd Infantry Regiment, named him Stubby for his short stature and tail.

Conroy was set to deploy but couldn’t face leaving his new pal behind so smuggled him onto the ship to France.

When the commanding officer demanded to know why there was a dog in his ranks, Stubby raised his right paw to salute, after being taught the trick by Conroy, and secured his place as the official mascot of the Yankee Division.

He entered the front lines on February 5, 1918, facing fire night and day for more than a month this first time — and proved a life-saver. 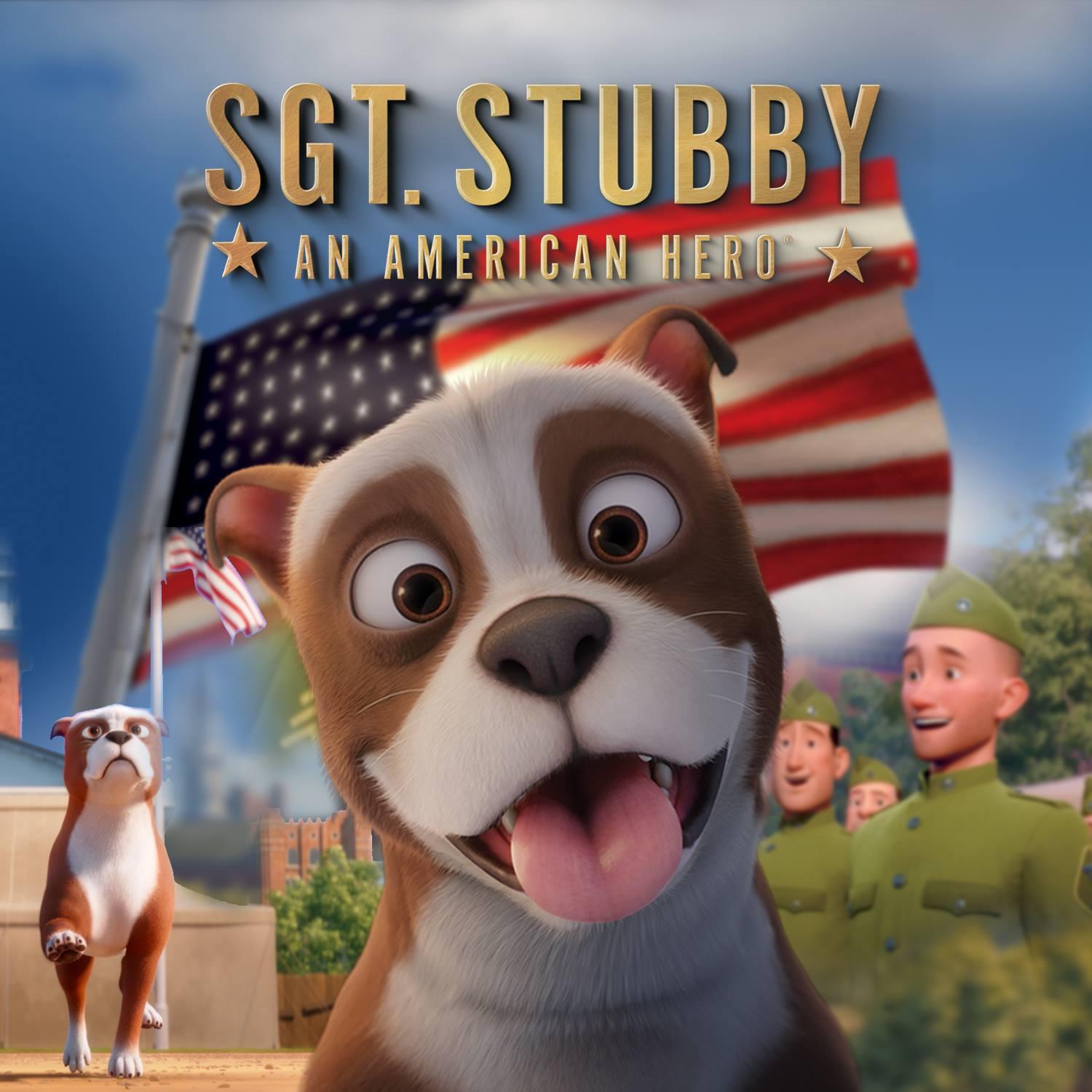 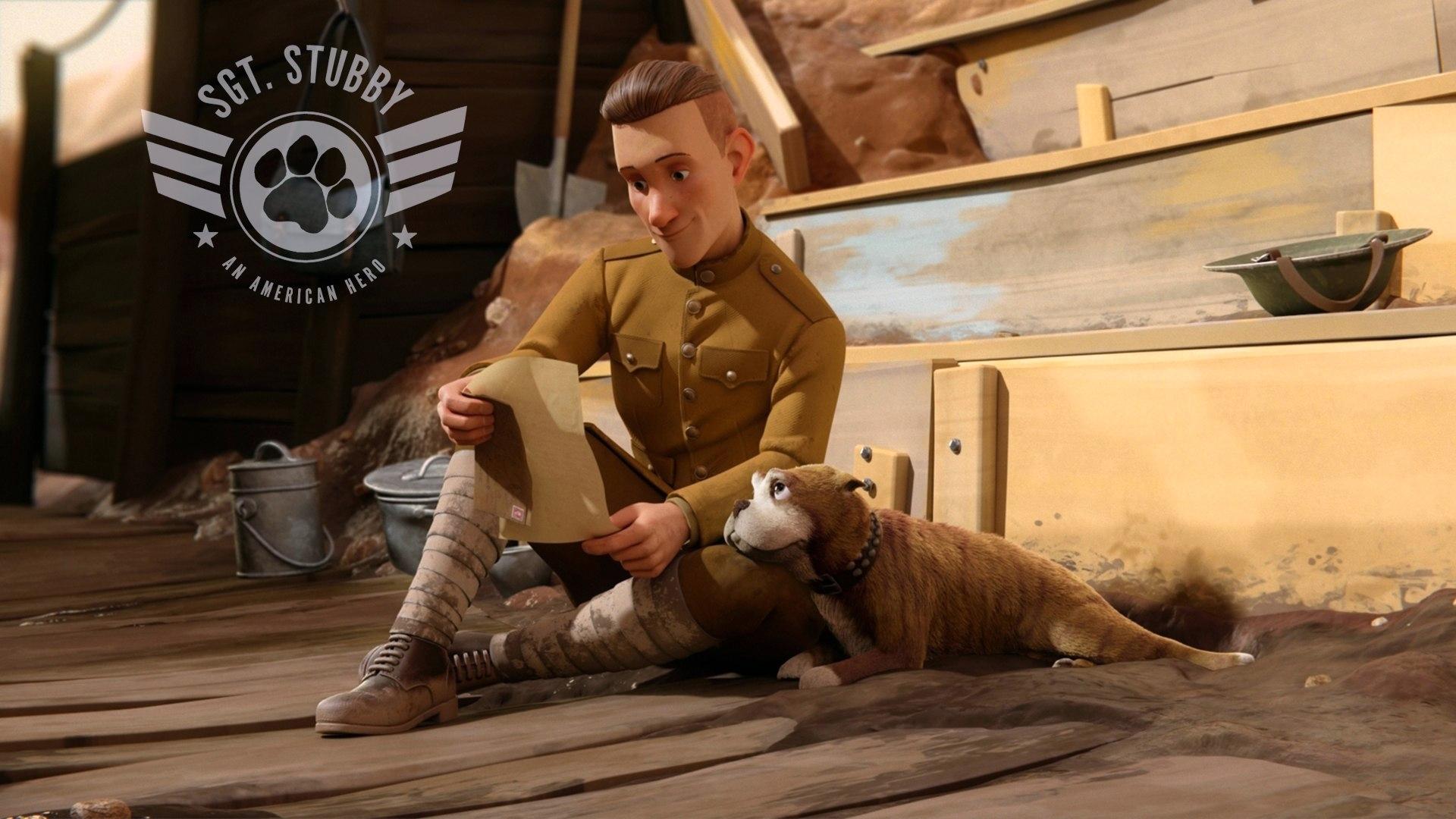 Early one morning, when the division was assaulted with gas, Stubby, later given his own gas mask, barked to warn the soldiers.

When he sensed his troop was under attack, he would make a movement with his tail to tell the soldiers enemies were approaching. 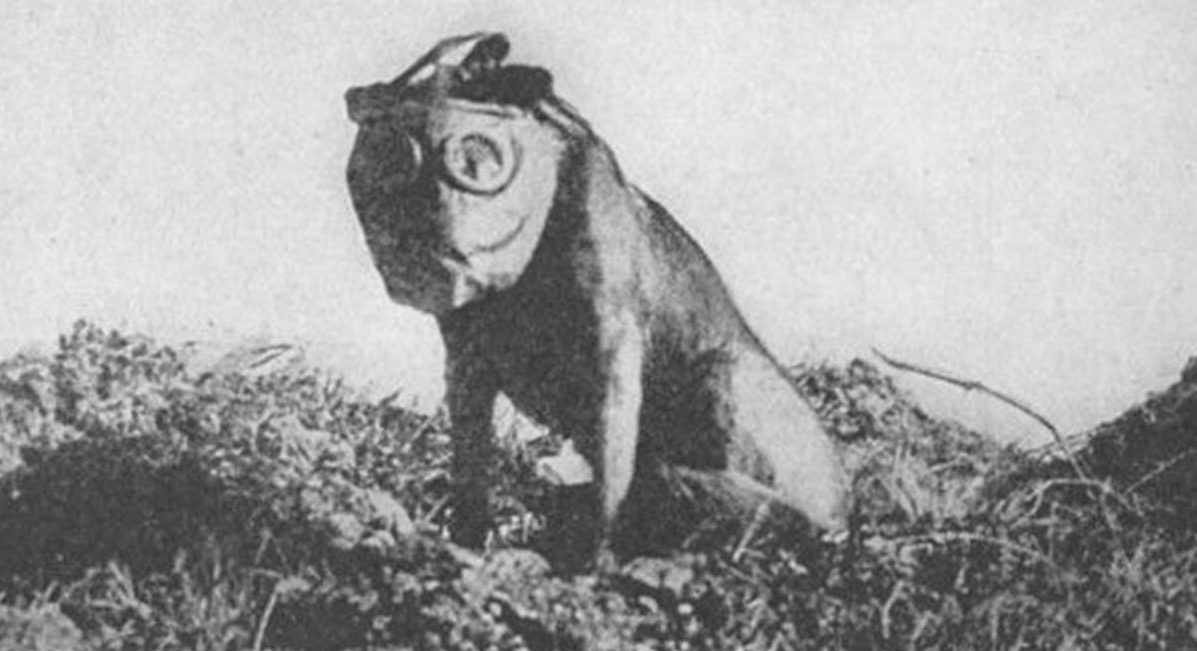 He even heard a German spy sneaking into his camp late at night and captured the man by biting him firmly on the leg.

For his bravery Stubby was promoted from a private to a sergeant, outranking even his master.

Stubby saw action on the Western Front over four months, and was in four offensives and 17 battles.

Even after being injured when a shell fragment lodged in his left foreleg at Seicheprey, he continued to serve, becoming a therapy dog for injured soldiers. 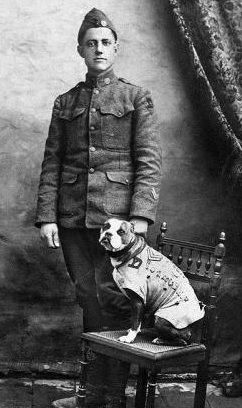 After armistice he was recognised as a hero, and while waiting to leave France he met US President Woodrow Wilson on Christmas Day, at Mandres-en-Bassigny — and offered him his paw.

Back home he would go on to meet two more US presidents, Warren G Harding and Calvin Coolidge as a national celebrity.

He was made a member of the Red Cross and the American Legion.

The YMCA promised him a room and three bones a day for the rest of his life and he marched in military parades across the country. 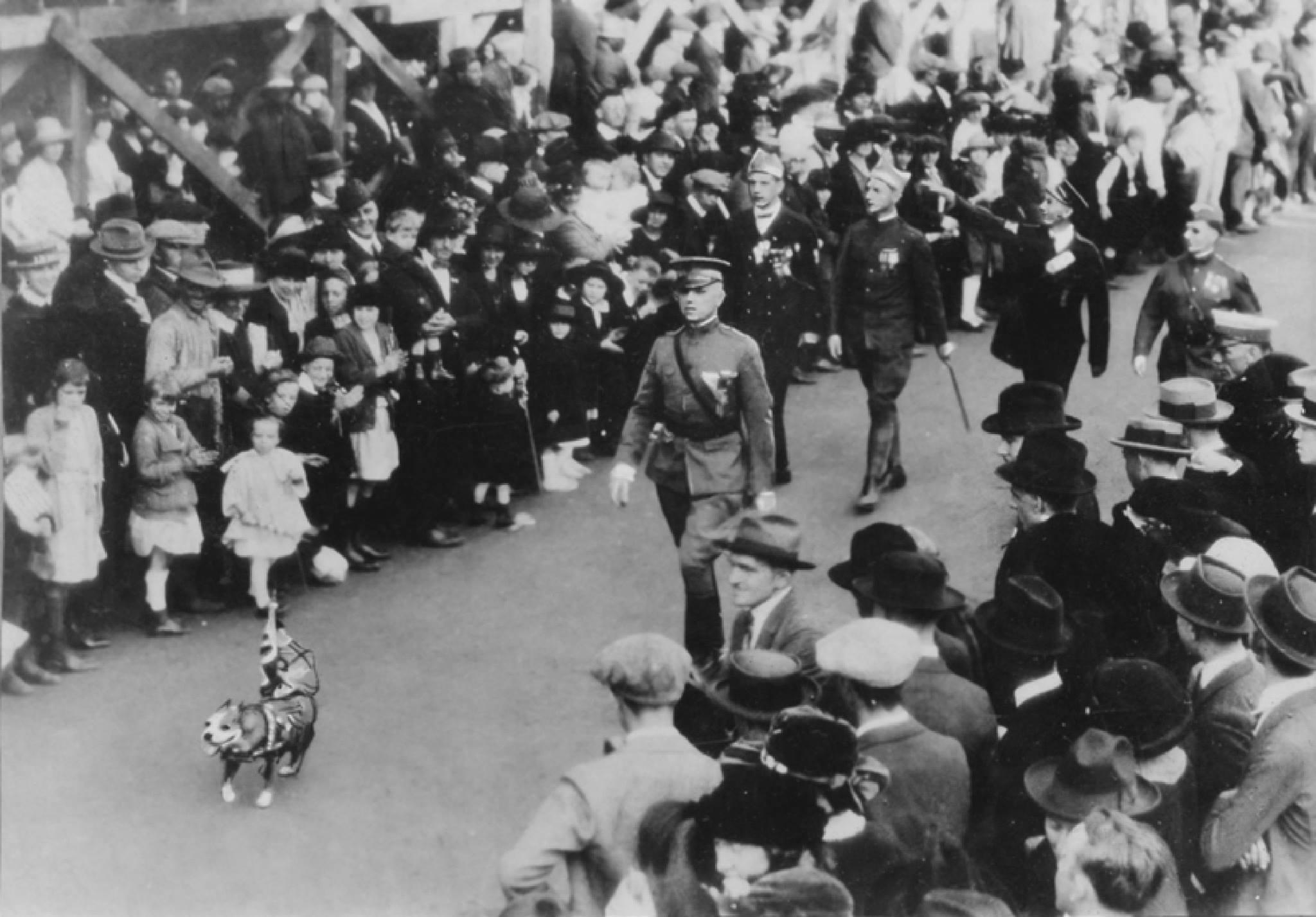 He passed away peacefully in his sleep, aged ten, in his owner’s arms in 1926.

But his bravery hasn’t been forgotten. Since 1956, Stubby’s stuffed remains have been on display at the Smithsonian museum in Washington DC.

Now a whole new generation is being introduced to the heroic hound.

It opened in cinemas here on Friday.

Director Richard Lanni stumbled on Stubby’s story while researching a programme on Americans in the Great War. 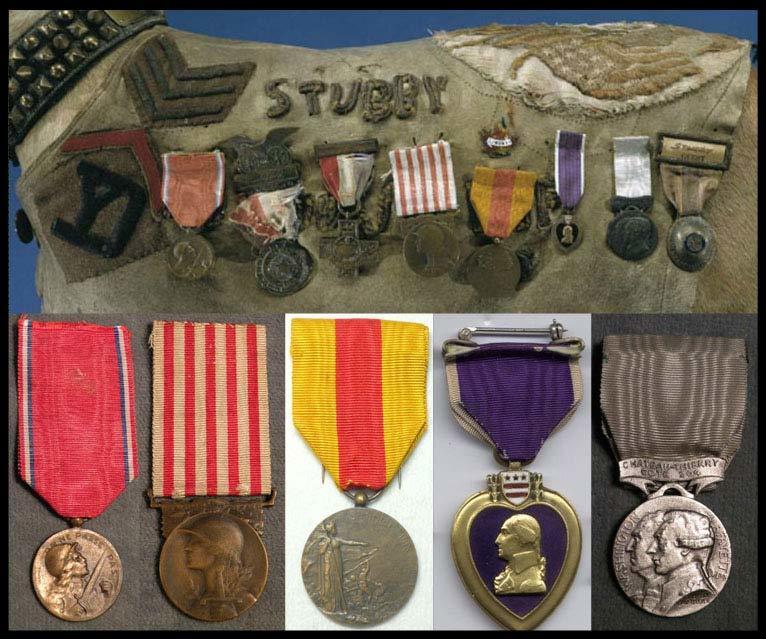 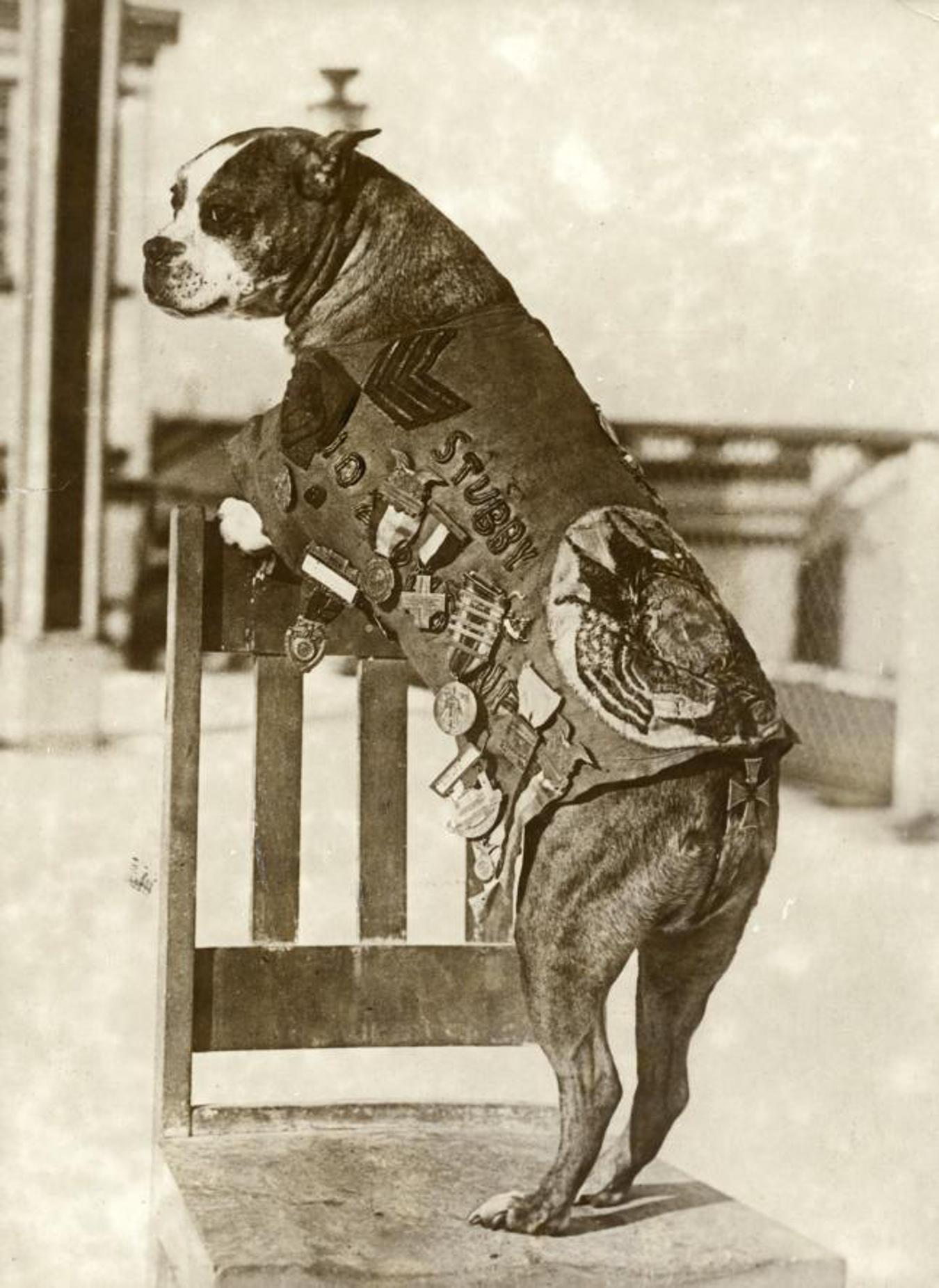 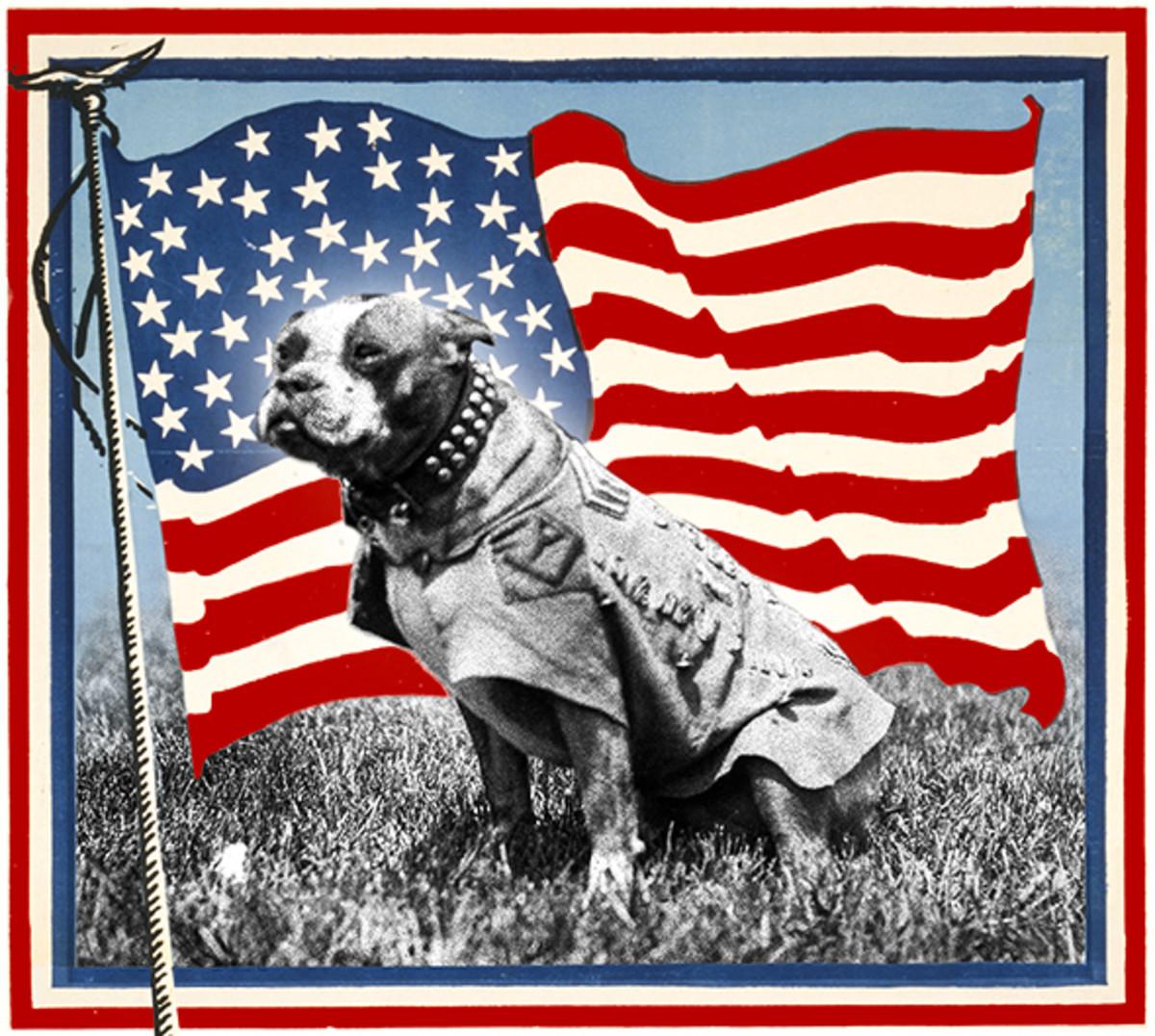 He said: “I thought, ‘This is too incredible not to turn into a movie’.”

So while Stubby might have been named for his short stature and tiny tail, when it came to bravery and courage, he was mighty.