Two Rochester cops were injured and eight people arrested early Friday after a protest by over 200 demonstrators demanding justice for Daniel Prude — who suffocated while in police custody — descended into chaos, including arson, vandalism and looting, according to a report.

The eight protesters — men and women ranging in age from 24 to 60 — were charged with disorderly conduct, a violation, police Capt. Michael Callari said, according to the Democrat and Chronicle.

Two of them also were charged with resisting arrest, a misdemeanor, and one was charged with harassment, he added.

The large crowd descended on the Public Safety Building, where some of the people pelted police officers with rocks and bottles, the news outlet reported. The injured cops were treated at a local hospital and released.

The mayhem unfolded after Mayor Lovely Warren said late Thursday that she was suspending all seven cops involved in the Prude’s case, adding she did so “against the advice of counsel.”

Prude, 41, was seen on police bodycam video naked and in distress on March 23 when he was confronted by police.

The officers — who are heard laughing through parts of the video — handcuff Prude and put a spit mask over his head, with one cop holding his head down until he stops moving. He was declared brain dead and died one week later.

During the protests Thursday night into Friday morning, Rochester and state police in riot gear fired pepper balls as they pushed back demonstrators in shorts, jeans and T-shirts — some shielding themselves with umbrellas.

The police action drew criticism from at least one City Council member as “unnecessarily aggressive,” according to the Democrat and Chronicle.

“It’s clear that City Council’s request for a respectful, de-escalated interaction with protesters went unheeded,” Mitch Gruber said in a text message to a reporter.

“RPD initiated unnecessarily aggressive behavior toward peaceful protesters,” he added. “By morning I expect to hear from the mayor and chief as to why our requests weren’t met and how they will appropriately address continued, sustained peaceful protest.”

The City Council asked Warren in a letter Thursday that police “meet these protests with respect and to de-escalate tension. We do not need any militaristic outfitting and use of pepper balls at this incredibly sensitive time for our community.”

In front of the barricaded Police Department on Thursday night, the protesters chanted “Black Lives Matter” and “What do we want? Justice. When do we want it? Now.” 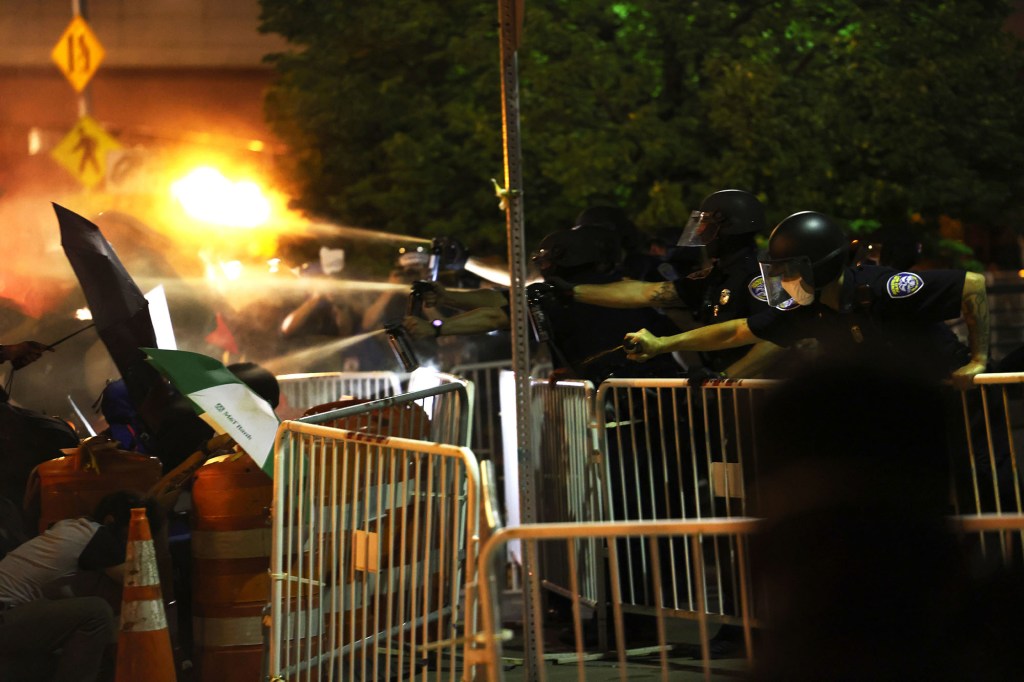 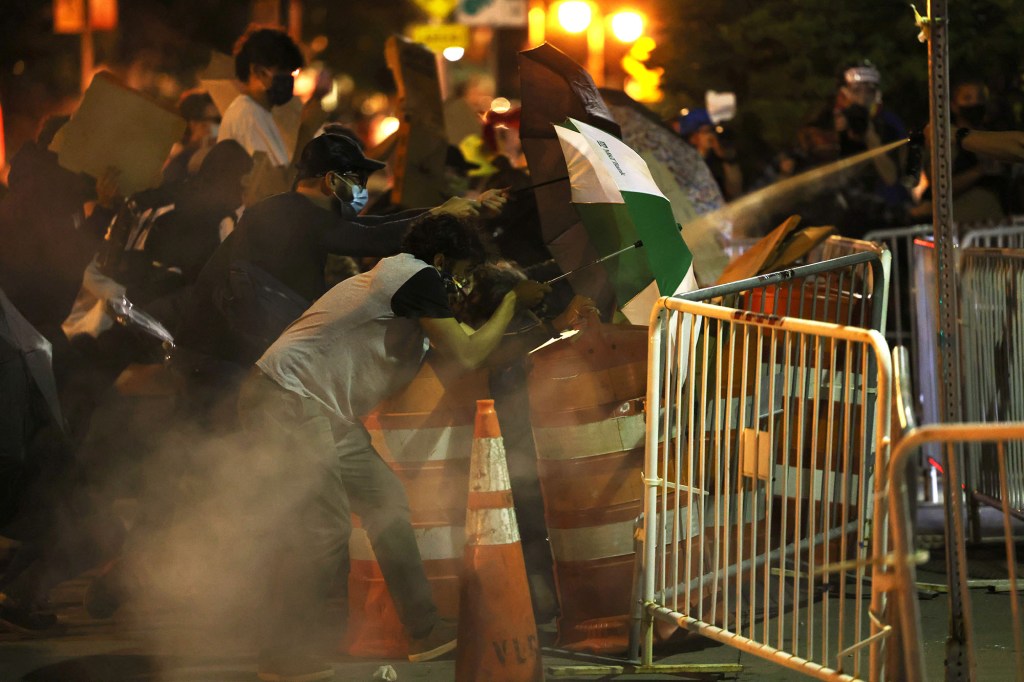 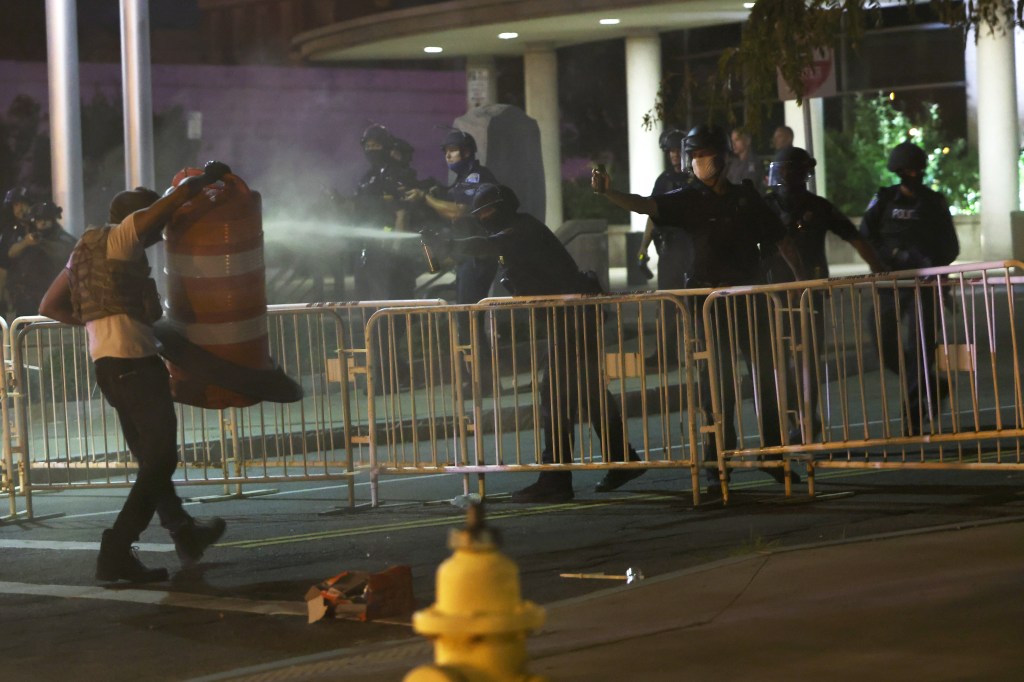 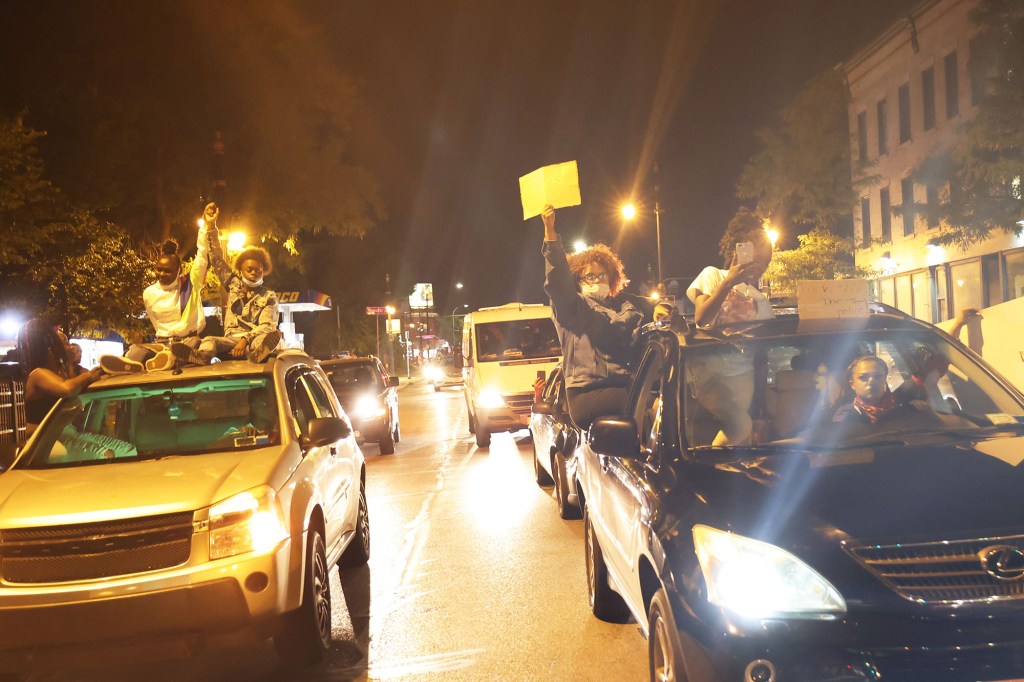 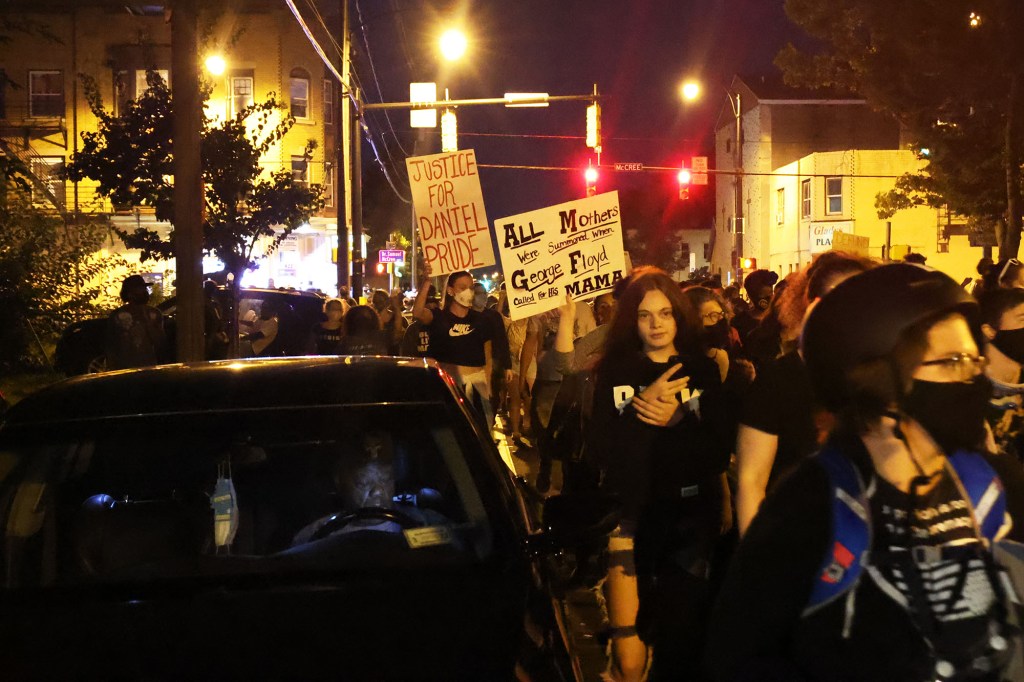 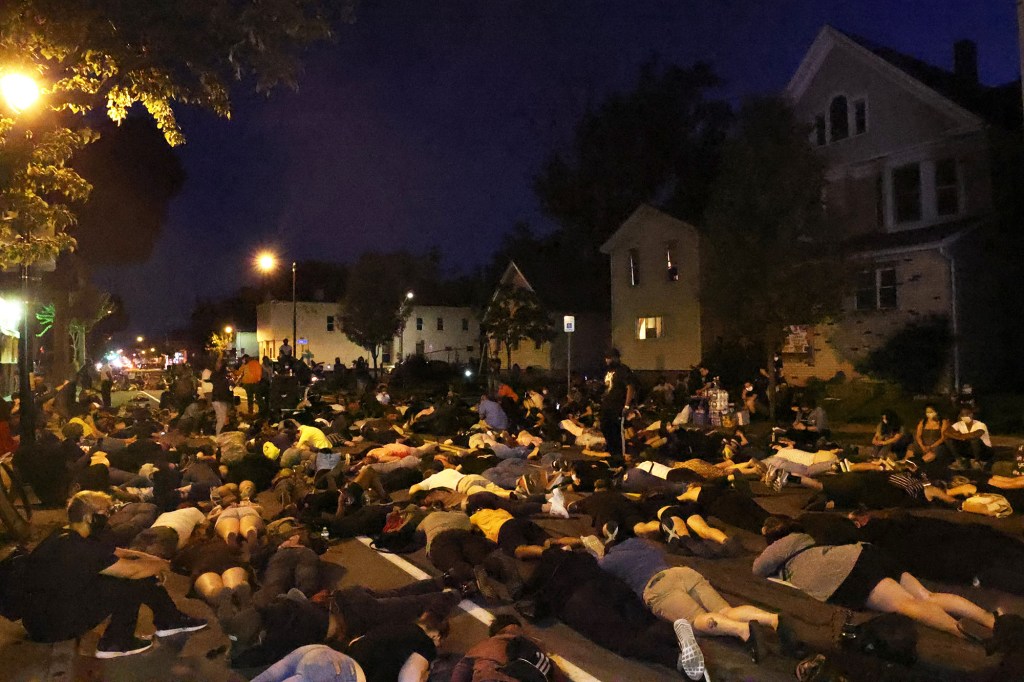 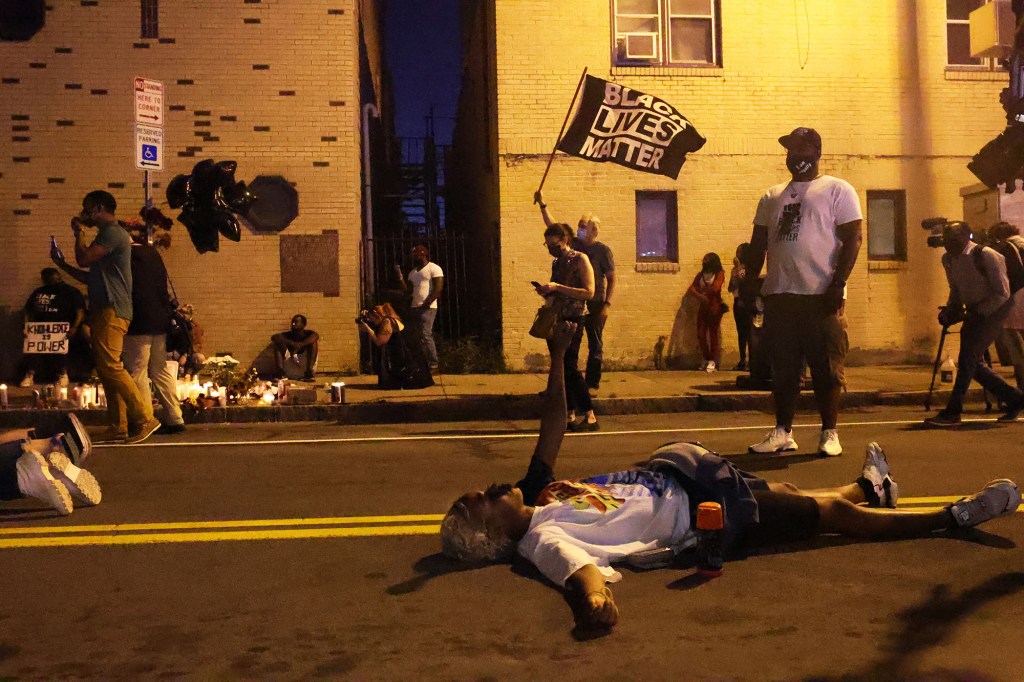 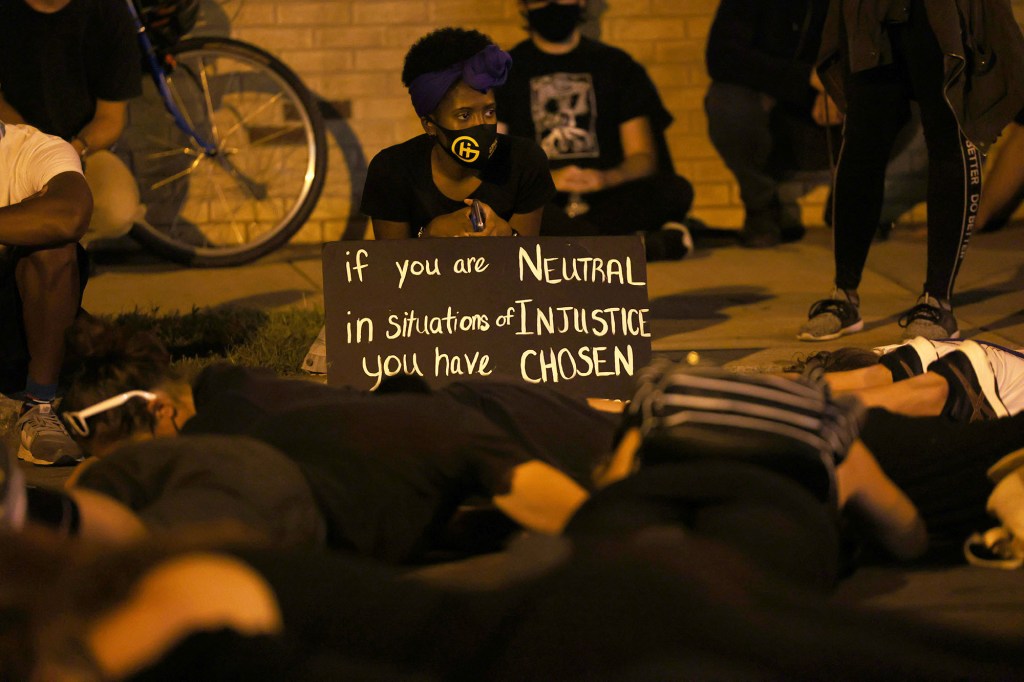 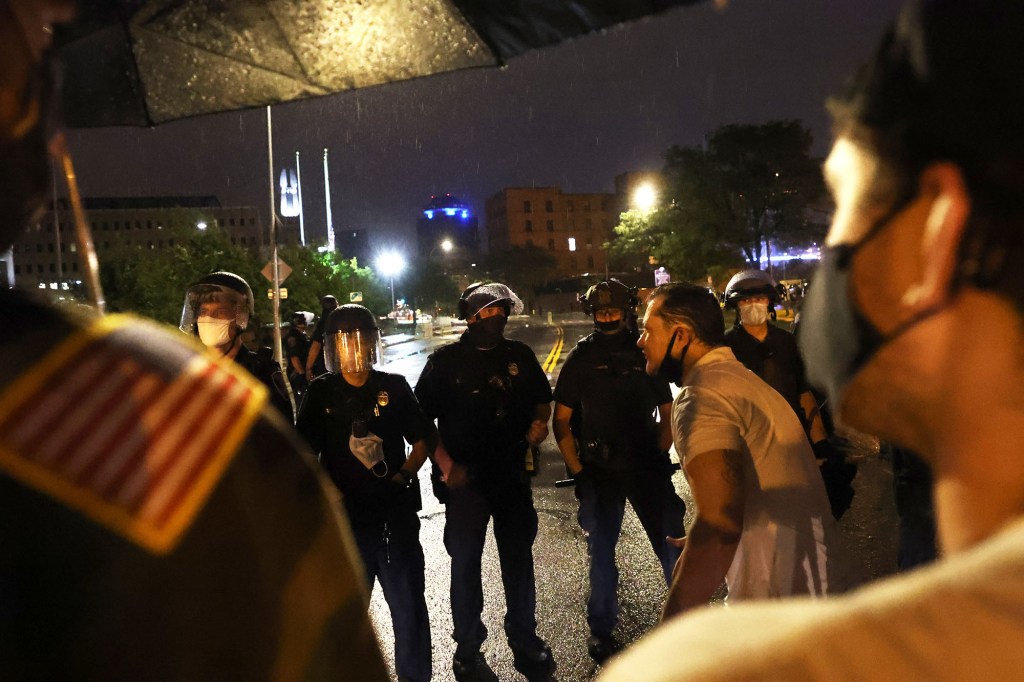 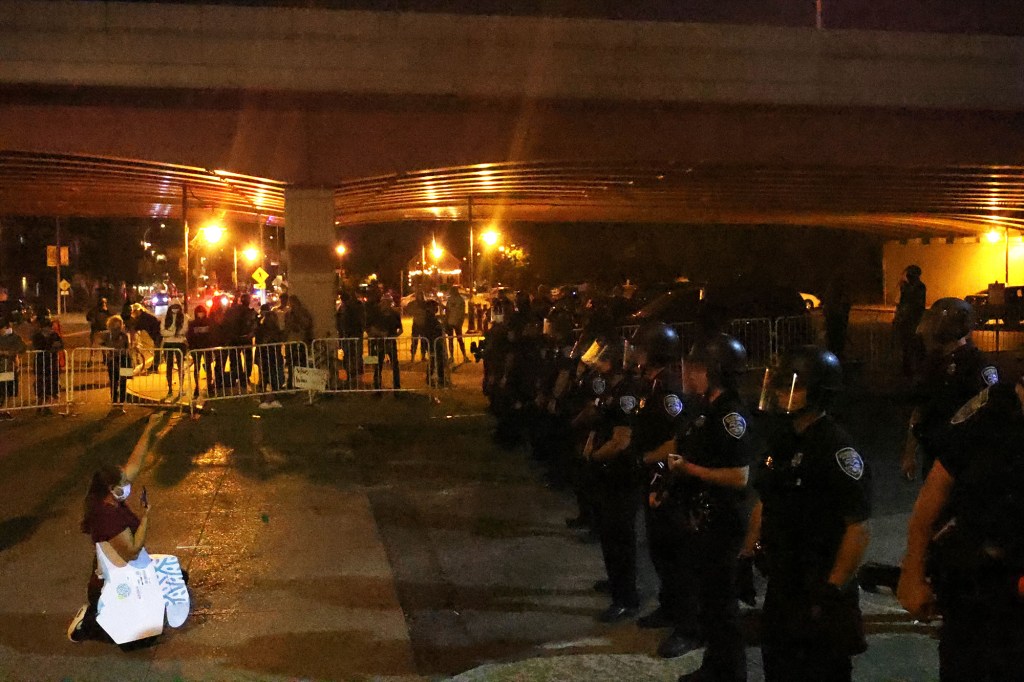