Home » World News » 25 years at the top of the HSC: What makes James Ruse special

From their surgeries, laboratories and executive suites, former students of James Ruse Agricultural High say some of their fondest memories of the school known as the genius factory involve its farm.

“We had to manage our own plots, we fertilised them, we harvested them and took fruit and vegetables home,” says class of 2001 graduate David Fung, who is now an internationally renowned concert pianist. 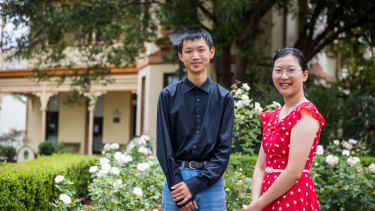 Jason Liu and Junlin Guo, both in year 11 in 2020, topped the state in HSC Agriculture. Credit:Anna Kucera

“It was almost like a stress release,” says Kavita Enjeti, a Sydney-based dermatologist from the Class of 1998. “I remember digging, harvesting the potatoes, having sheep around. Maybe it was the connection with nature.”

James Ruse was established to focus on farming. Behind the ageing weatherboard classrooms and the heritage homestead that serves as the office in the back streets of Carlingford, there are cows, chickens and vegetable patches.

It was established as a boys’ selective school in 1959, and girls were accepted in the late 1970s. Within 20 years, it had become one of Sydney’s highest-performing schools, and in 1996 it took the mantle of the state’s top school off Sydney Grammar.

It has held it ever since. It’s an extraordinary achievement for any school, let alone a public high school with far fewer resources than many of the private schools that dominate the Higher School Certificate honour rolls. 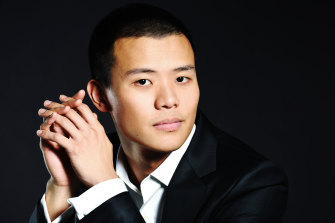 As a selective school, it has its pick of the state’s brightest students and its success, many argue, is a self-fulfilling prophecy. “There’s more to it than that,” says principal Rachel Powell, who has led the school for two years.

Teachers must nurture not just the students’ cerebral talents, but also their emotional and social development. “One of the things we’re trying to do is to encourage students to get their personal best,” she says. “There’s a big wellbeing program in the school to support students.”

Justin Wolfers, a world-renowned economist at the University of Michigan, and a graduate of the class of 1990, cherishes his memories of James Ruse, and still keeps in touch with his economics teacher. “It was a wonderful experience, and I’ll only ever speak well of it,” he said.

“Teens are brutal to each other, socially brutal. There was less of that brutality. We were sweet, kind – not always or everywhere, we did all the dumb things kids do – but there was less of the social dog eat dog and more acceptance.” 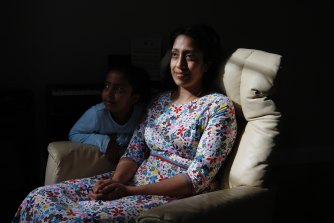 Kavita Enjeti at home this week with her daughter Tara. Credit:Dean Sewell

It could be stressful sometimes, admits Jack Yu, a yo-yo champion, biochemical engineering student and graduate from the class of 2018. But it was not a hothouse, and alongside the competition there was strong camaraderie.

“For me, James Ruse was a place where a lot of people with similar goals – mainly academic, obviously – could be together in a pretty tight environment,” he said. “Our cohort is not that big, compared with other schools.

“That just made me appreciate that I could make some very close connections with a lot of people in my grade.”

Dr Enjeti describes it as a team of equals. “It’s quite a humbling experience,” she says. “You’re with people of the same calibre. There’s very little difference between the top guy at James Ruse and the bottom guy.

“It makes you realise you’re one amongst many. You generally find that James Ruse kids are quite down to earth because of that. You might get one mark more and you’re at the top, or one mark less and you’re down the bottom.“ 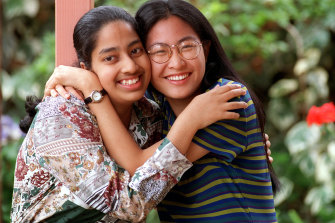 Kavita Enjeti, left, with her friend Ju-Lee Ooi, who both received a 100 TER in 1998.Credit:Andrew Taylor

Catriona Noble, the former chief executive of McDonald’s in Australia and a graduate of the class of 1986, still keeps in touch with her classmates and teachers. “One is a graphic designer, one a teacher, one an artist,” she says. “It’s a massive range.”

The NSW Department of Education is only beginning to keep information about where public school students end up after they graduate, but anecdotal evidence suggests James Ruse has staffed many a hospital and specialist suite. 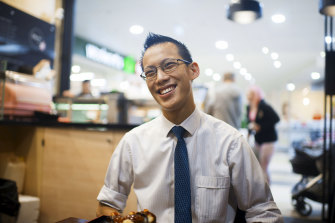 “We had a huge cohort that went into medicine,” says Dr Enjeti. “It was almost like transplanting the James Ruse class into the medical school at the University of NSW.“

Mr Fung was one of those who went to medical school, until winning a piano competition launched him into the classical music stratosphere.

“We were with generally very bright kids, and we rubbed off on each other and helped each other,” he says. “That may not have happened in another school. It’s what made James Ruse special.

“I joke with my partner that if we have kids, I wonder if we should bring them back to Australia. It was such a warm environment in my memory. I loved my friends. I learned almost as much from them as I did from the faculty.”