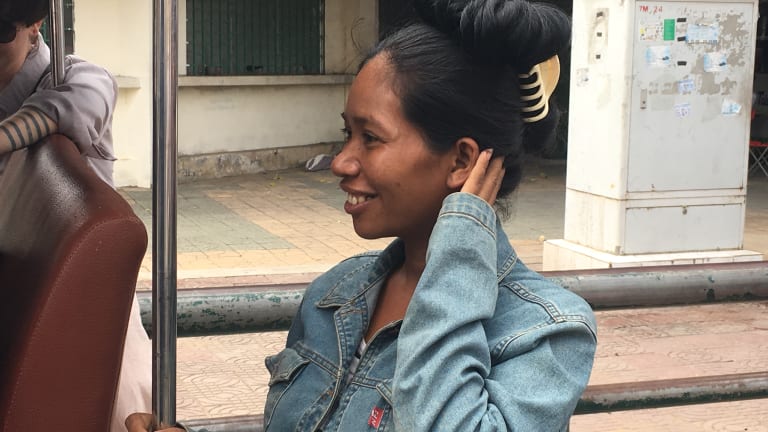 The adopted Cambodian daughter of accused spy James Ricketson testified that he was a filmmaker and humanitarian, not a foreign operative, during his trial on Monday.

Ricketson, 69, has been incarcerated for 14 months in Phnom Penh’s overcrowded Prey Sar Prison after he was arrested in June last year for filming an opposition party rally with a drone.

He faces 10 years in prison and was charged with gathering information that could jeopardise Cambodia’s national defence, allegedly between 1995 and 2017.

Ricketson’s adopted daughter, Chanti, who is heavily pregnant with her ninth child, was questioned about the nature of Ricketson’s work in Cambodia.

Chanti said Ricketson met her when she was a 10-year-old street beggar.

“I started calling him father when I was 10,” Chanti said.

“Because of James, my life has been very much improved. He’s a good man.”

Ricketson would visit her family weekly and provide up to $100, she said, to help her and her mother with rent and school. He also sought verbal permission from her mother to film Chanti’s story, she said.

Chanti is the subject of an unfinished film project called “Chanti’s World”, which Ricketson has been filming for more than 20 years.

Chanti said Ricketson provided her with medicine for her eyes, along with water and bunches of bananas.

His financial support extended into her adulthood and he continued to support her children through school, while also supporting families living at the Stung Meanchey dumpsite with sacks of rice, she said.

Ricketson’s lawyer, Kong Sam Onn, questioned whether she had any knowledge of national defence or military strategy, which she denied.

Sam Onn then asked if Ricketson ever asked her about tricks of political leadership.

“He said if you love whichever party, you should go to vote for that party,” she said. He did not tell her which party to vote for, she added. 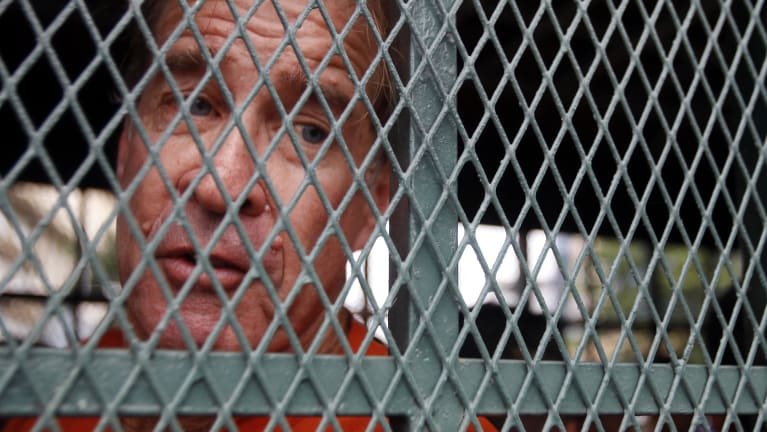 Cambodia has been in the midst of a political and media crackdown in the past 18 months, culminating in a landslide victory for the ruling party at the election last month.

Chanti testified that she did not know where he earned the money to support her apart from his film work.

"[She] made it very clear that her relationship with James is a loving one… everything she talked about today spoke to his good nature and his love of Cambodia and his desire to help poor people in need, and absolutely none of it pointed towards the idea that he’s a spy," Jesse said.

"It’s nice to see the Cambodian legal system functioning well. We feel really positive and confident that we’re going to see a good result here. We thank the judges for their professionalism."

Ricketson took the stand after his adopted daughter and said he had been making films since 1973, including three feature films – Third Person Plural, Candy Regentag and Blackfellas – which his company Abraxas Films.

“I have travelled all around the world to 20 countries making documentaries,” he said. “And because I am an independent filmmaker, I make my films before I sell them.

“I’d like to make the point that sometimes an independent filmmaker can go for three or four years without making any money at all, and then the next year can earn maybe half a million,” he said, for a series or large project.

Ricketson said the film "Chanti's World" was not just about her, but also the broader Cambodian context. For this reason, he filmed political violence in 2013 and 2014 that affected Cambodia and Chanti’s family, Ricketson told the court.

Ricketson was also questioned about his documentary film, Sleeping with Cambodia, about child prostitution, which he said was paid for by the ABC and the Australian Film Commission.

Ricketson said most of the money he spent in Cambodia was not on food, but on education in order to “break the cycle of poverty” so children did not have to eke out a living as their parents did.

“My arrest and my incarceration in Prey Sar prison has made it impossible to help these people,” Ricketson said.

The trial session wrapped up following some translation issues.

Ricketson said he felt the trial session had gone “wonderfully” and that much of the tension had been diffused.

“I think they understand that I am not a spy,” he said.

The trial continues on Thursday.